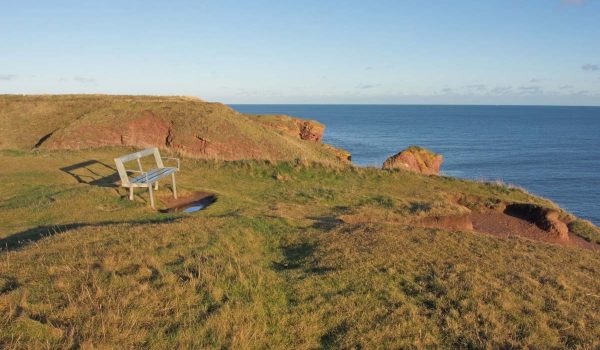 Arbroath, what to see in a day along the Scottish East coast

My trip along the Scottish coast continues across Angus to visit Arbroath, the largest town of the area. I reached it by train, the railway station is located close to the old harbour and the Abbey as well.

One day was enough for me to see the local main places of interest, including a short excursion along the coastal path to Auchmithie.

What to do in Arbroath in 24 hours

Arbroath is famous for the Abbey and for the “smokie”. Apart from that, the local coastline offers stunning views across the North Sea so it’s definitely something you shouldn’t miss. The attractions are all situated within a walking distance.

The itinerary starts from the ruins of Arbroath Abbey, founded by William I in 1178 in order to expand his authority in that area and also to commemorate his childhood friend Thomas Becket, the Archbishop killed in Canterbury Cathedral.

William I was the first King to be buried here as until that moment the Scottish monarchs had been laid to rest in Dundermline Abbey. 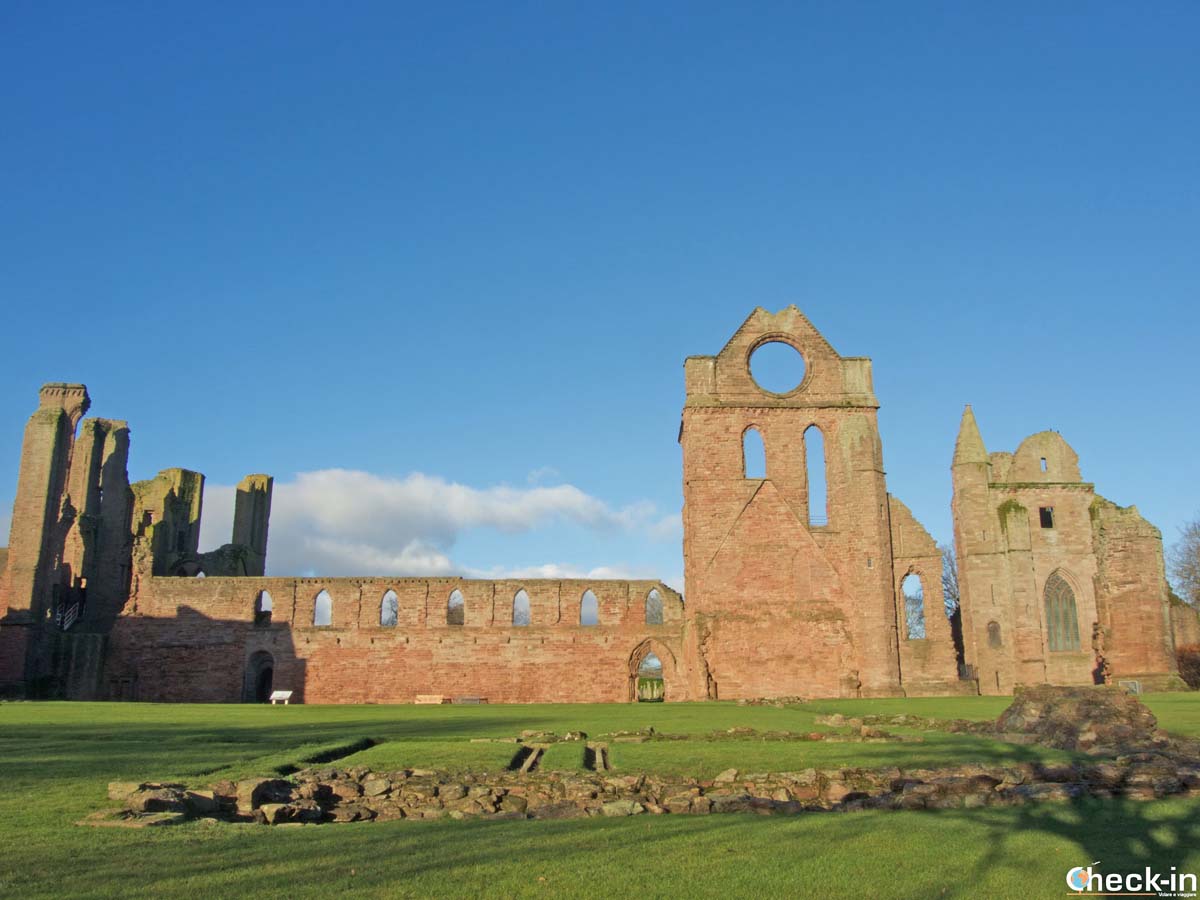 Having said that, the Abbey is well known for being the place from where the Declaration of Arbroath was sent to Pope John XXII. Considered as the most famous document in the history of Scotland, this letter was written in 1320 by many Scottish barons, nobles and freemen to assert the independence from England.

“As long as but a hundred of us remain alive, never will we on any conditions be brought under English rule. It is in truth not for glory, nor riches, nor honours, that we are fighting, but for freedom – for that alone, which no honest man gives up but with life itself.”

The building fell into ruin after the Reformation. Then, the Stone of Destiny was left here in 1951, 3 months after it was stolen from Westminster Abbey. It was immediately brought back to London but it returned again to Scotland in 1996, indeed you can see it desplayed at Edinburgh Castle.

In the visitor Centre you can find out more about the history of the Abbey thanks to an audio-visual with a sound loop system.

Arbroath Abbey is open throughout the year, except 25-26 December and 1-2 January:

Entrance is free for Explorer Pass holders, general prices are the following: 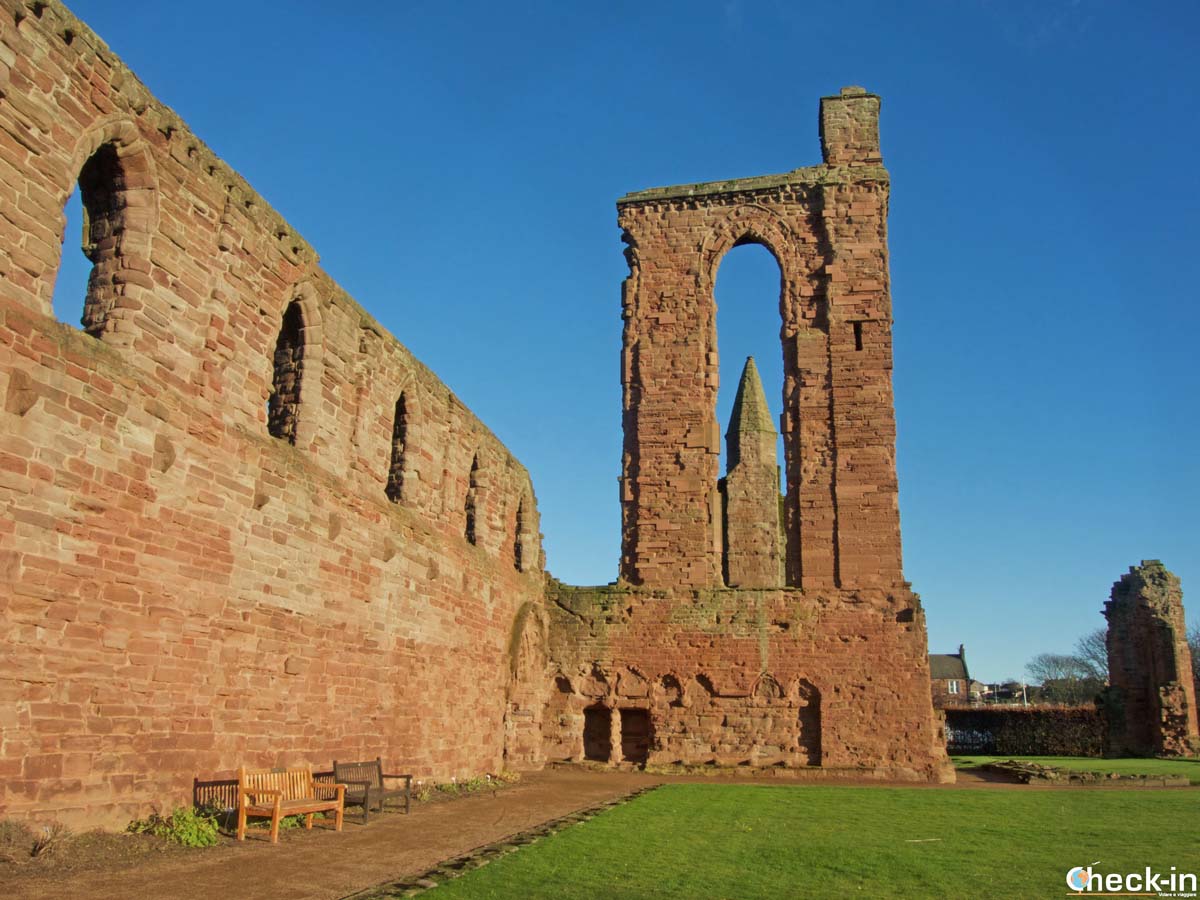 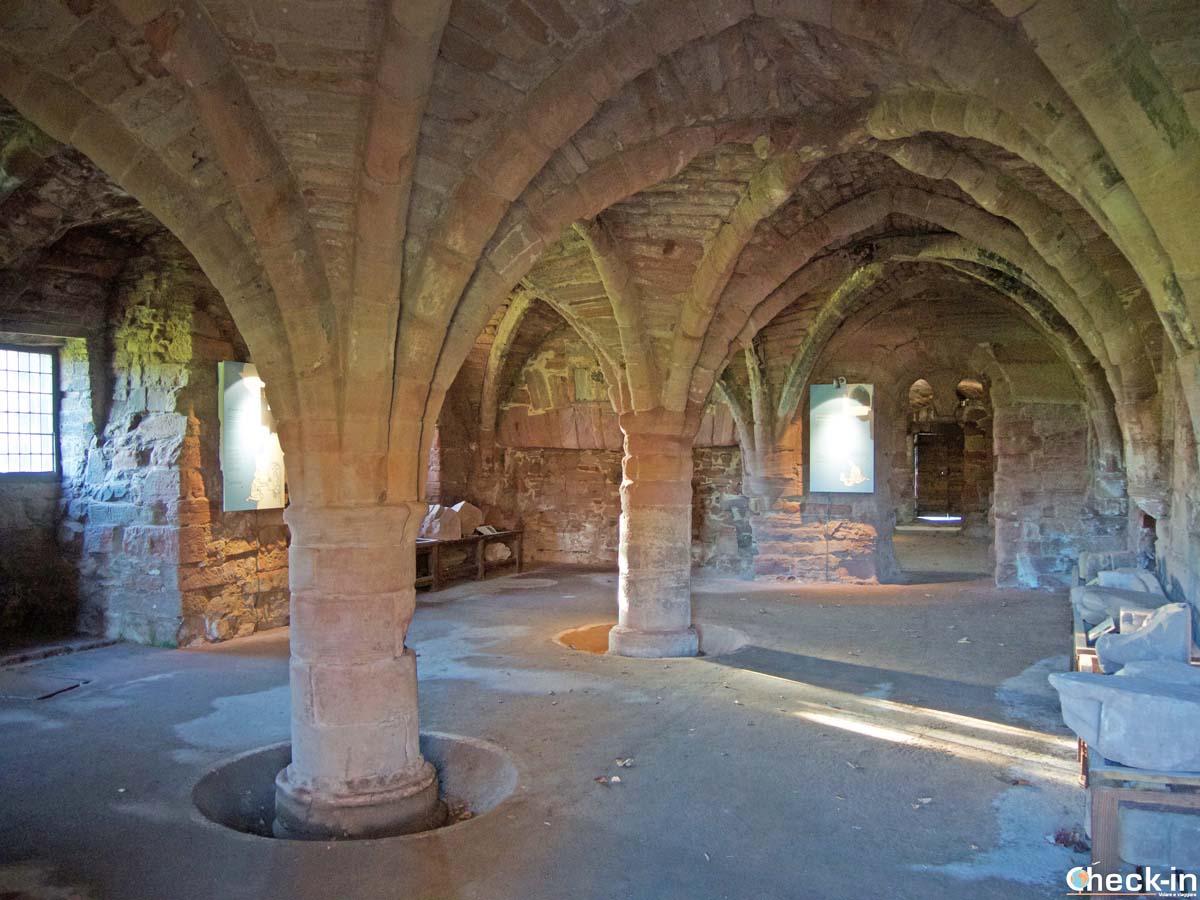 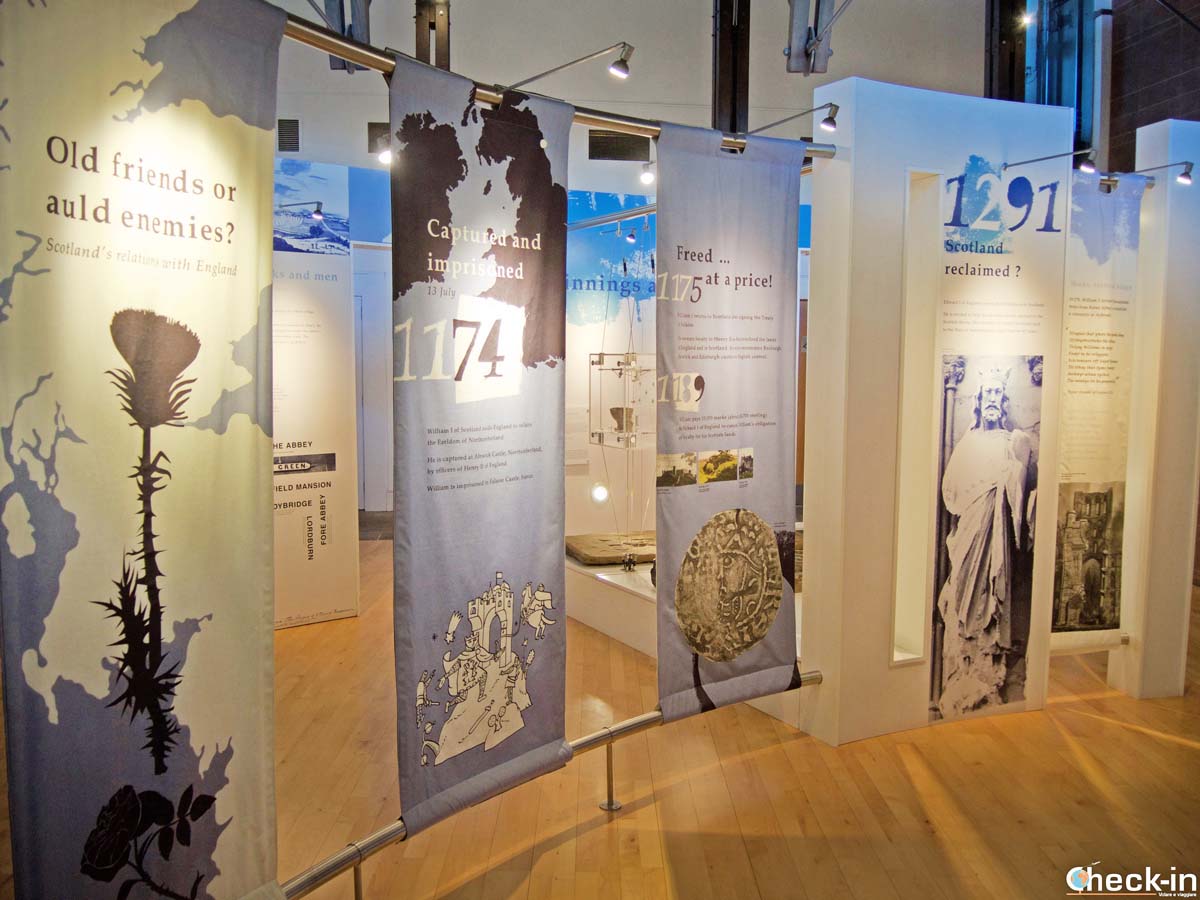 After the visit I’m headed to Victoria Park, located at the northeast side of Arbroath, at the end of the promenade. This is the starting point of the coastal walk to Auchmithie, a very small village and original home of the Arbroath Smokie.

The path explores the Seaton Cliffs, an amazing natural area made of red sandstone formations including arches, stacks, sandy beaches and sea caves. The ones impressed me most are The Deil’s Heid, a sea stack resulting from the joint action of waves and debris carried by the water, and The Needle E’e, the remains of a collapsed sea cave with an arch that looks like a “window overlooking the sea”.

Also, there’re few benches along the way from where you can enjoy the scenery and see how the coastline has been shaped by the erosive power of the wind and sea.

Consider at least 2 hours to reach the village as the distance is about 8 Km (5 miles). Then, from Auchmithie there’s a bus service to Arbroath, please check Traveline Scotland for the updated timetable. 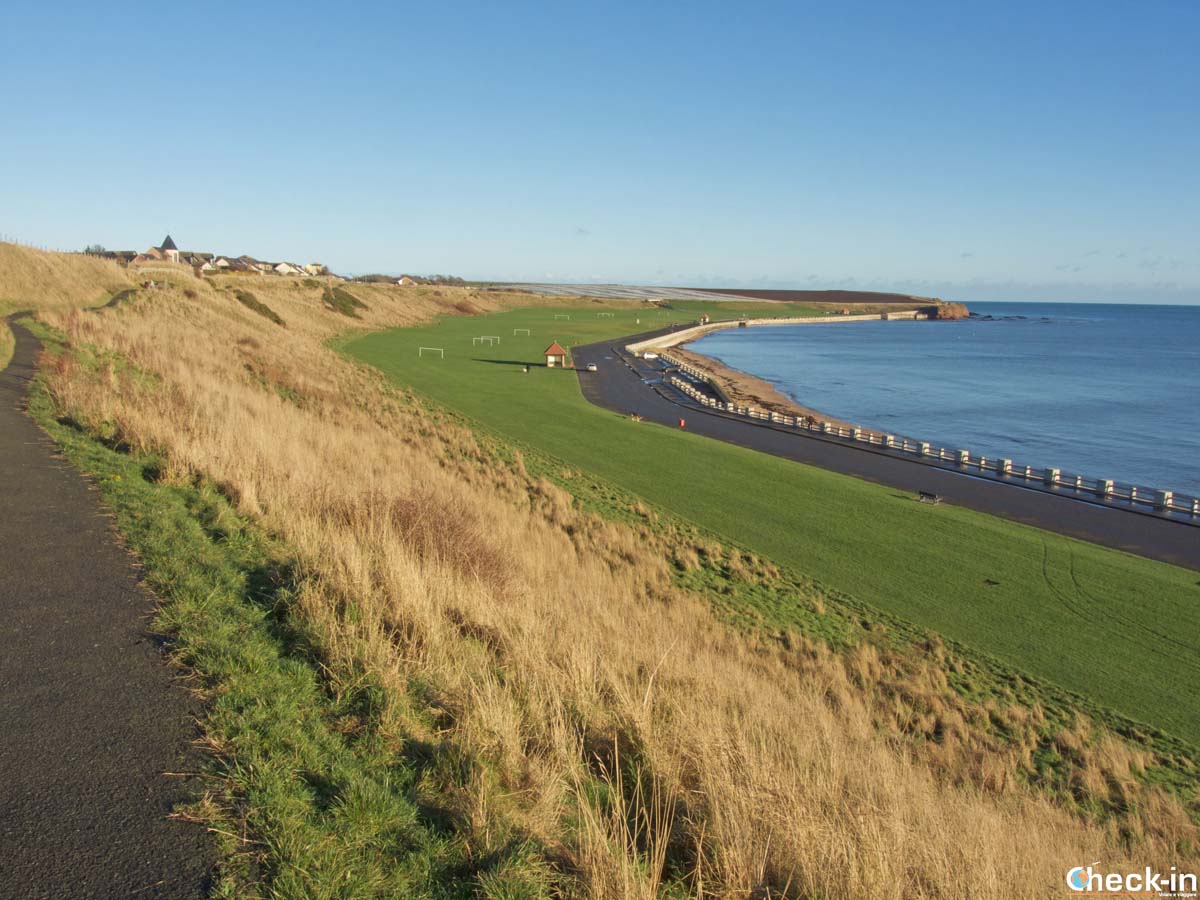 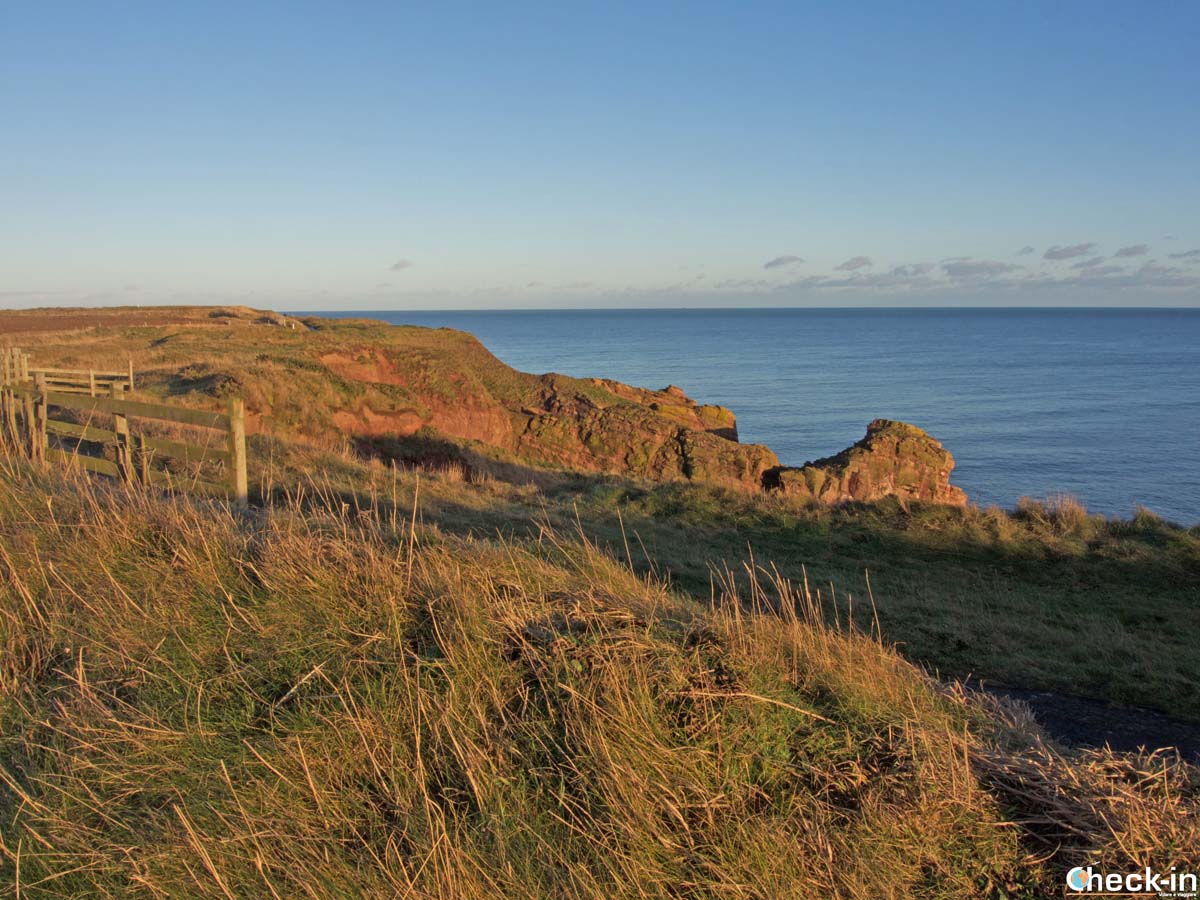 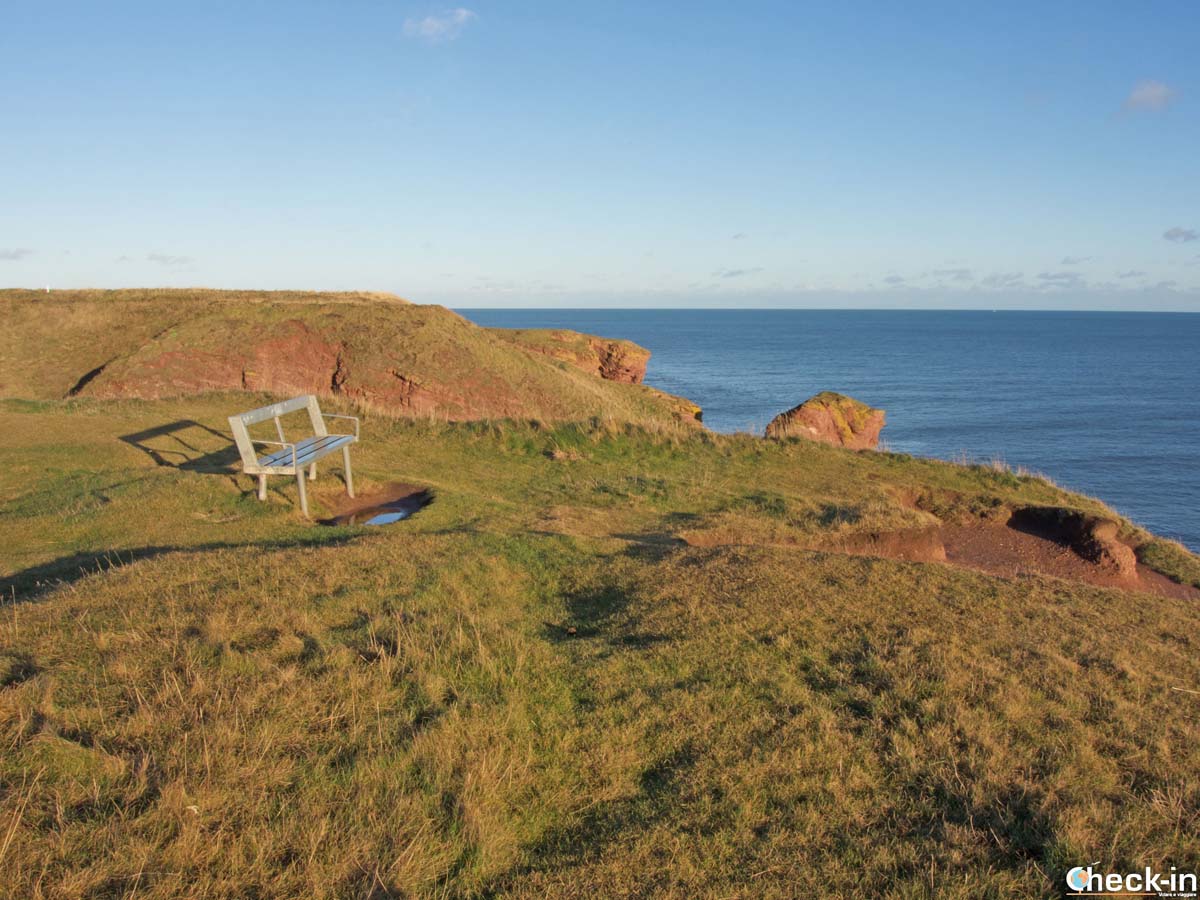 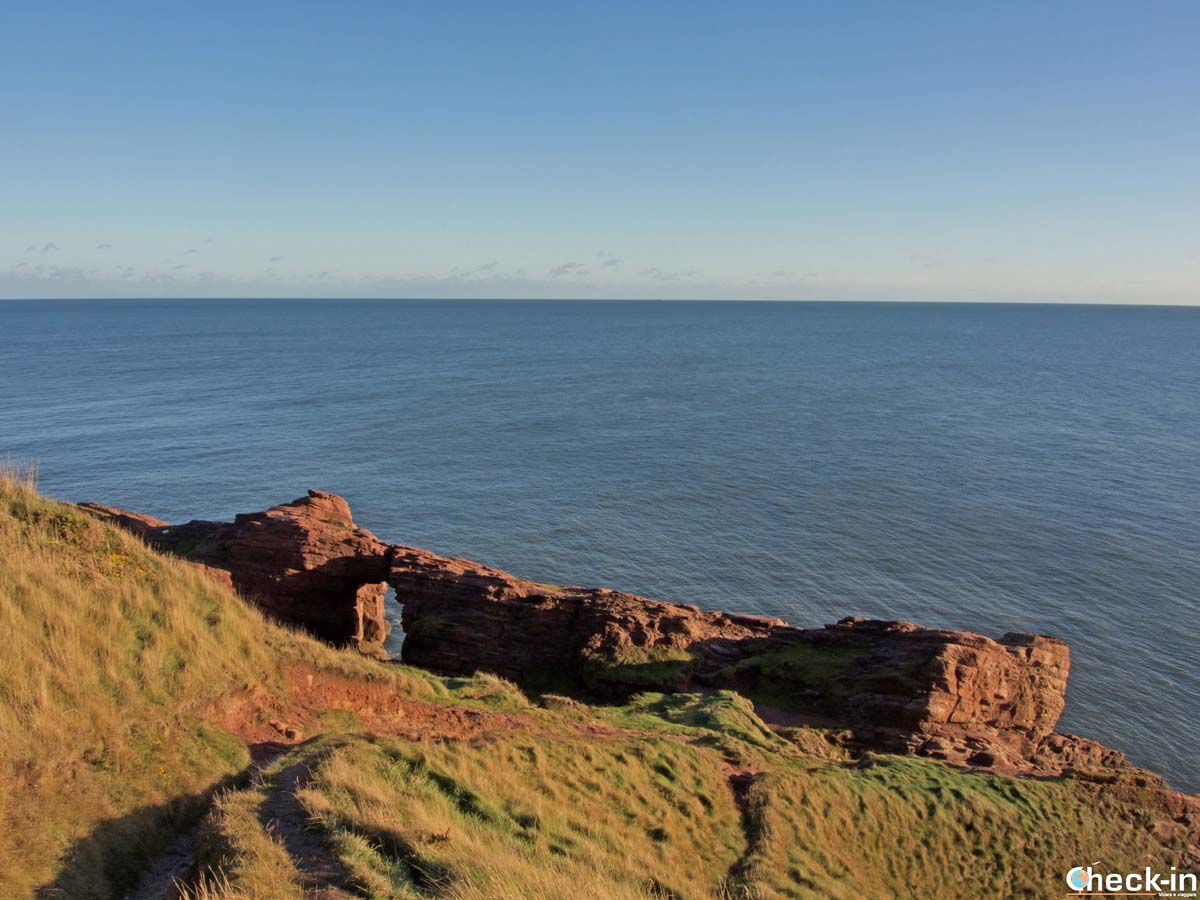 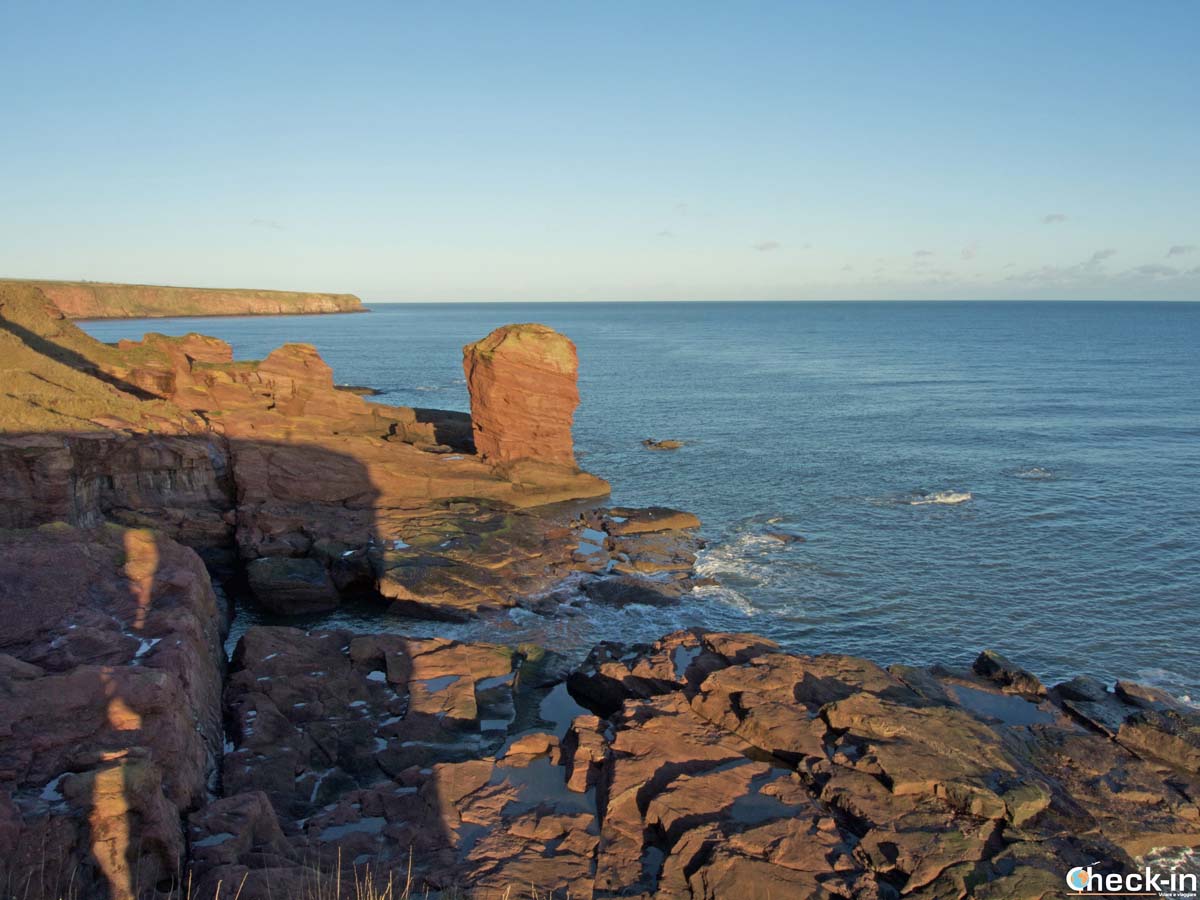 Back in town I have time enough to explore the harbour. The local landmark is the Arbroath Signal Tower Museum, easily recognizable for the tower built in 1813. The museum tells us more about the maritime history of the Scottish town as well as the importance of the Bell Rock Lighthouse located around 18 Km to the south east to warn sailors entering the Firth of Tay.

In the area there’re many pubs and restaurants – like The Old Brewhouse – where it’s possible to try the world famous Arbroath Smokie. This is a line-caught haddock and smoked over slow burning oak chips, a traditional method used since the late 1800s. 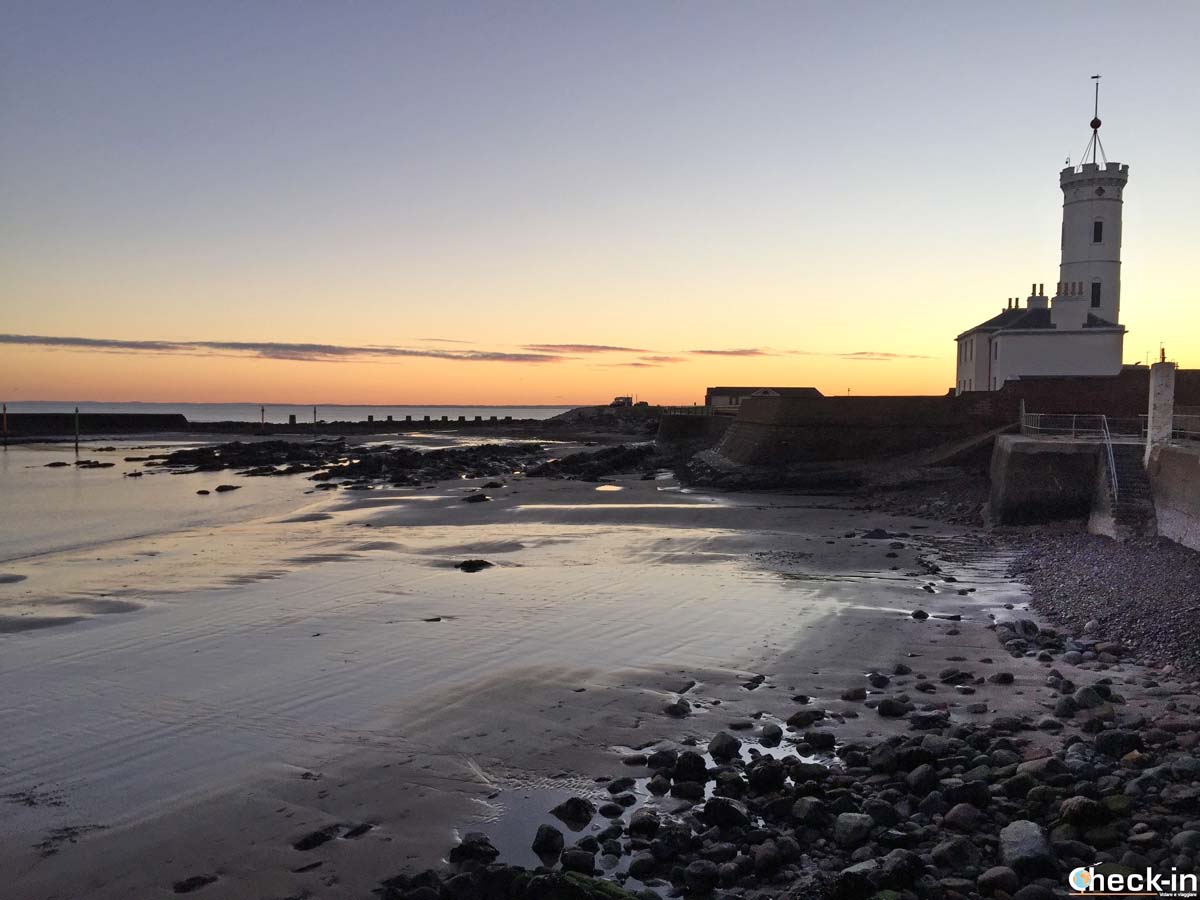 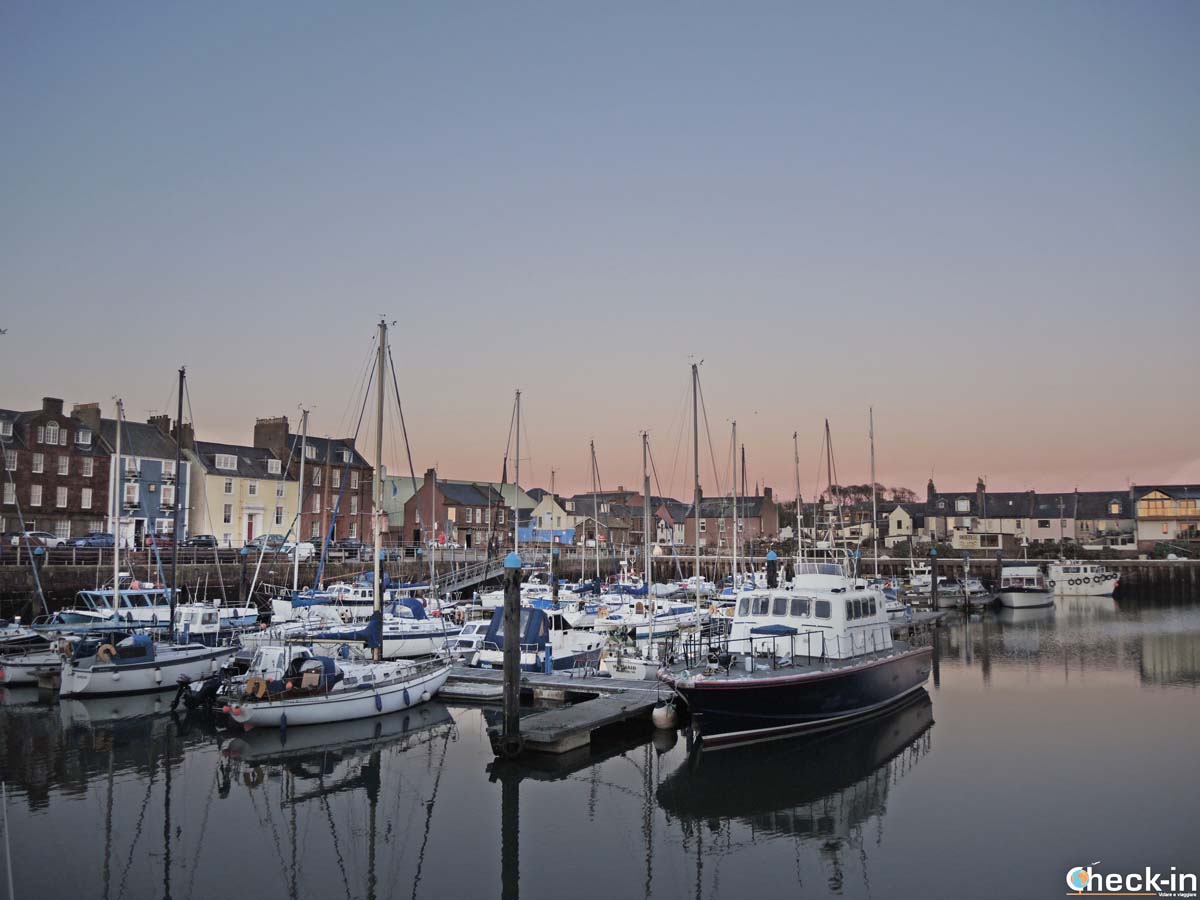 How to get to Arbroath

Arbroath is a perfect day out from Dundee (and Broughty Ferry as well) as it is reachable both by bus and train. In the first case the trip takes almost one hour and a single ticket costs £4.50. In the second case you get to your destination in less than 30 minutes and a single journey is £5.90.