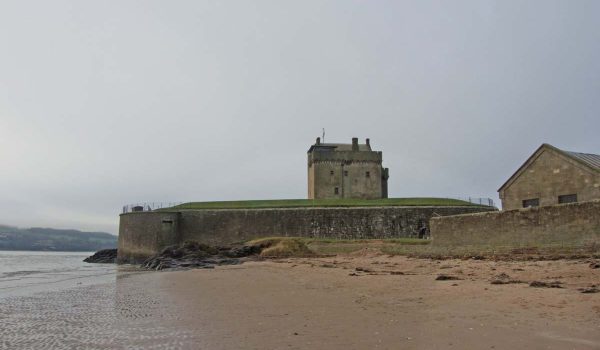 Visit of Broughty Ferry, the perfect day out from Dundee along the Scotland east coast

After spending two days in Dundee I decided to explore its surroundings so I reached Broughty Ferry, located around 4 miles to the east of the city. The old royal burgh is easily reachable by public transport so that it’s a very popular excursion from Dundee.

Otherwise, it is a valid option for all those who want to visit the city but staying in a hotel or b&b far from the chaos. In my case I chose the Best Western Woodlands Hotel, situated only few metres from the bus stop to/from Dundee and a perfect base to explore Angus and the Scottish east coast.

The hotel and the free car park are surrounded by wonderful wooded gardens and it’s near the Broughty Ferry beach. Then, if you prefer spending some times inside, there you can find amenities such as an equipped gym, a sauna, a jacuzzi, a heated indoor pool together with a lounge bar and restaurant.

What to do and see in Broughty Ferry

An entire day is enough to visit the coastal town and its places of interest that tell us more about the past of this lovely suburb of Dundee.

Also known as “the jewel in Dundee’s crown, Broughty Ferry developed during the 15th century as a fishing village around the harbour dominated by the castle. Later on, in the 800s it became famous for being “the richest square mile in Europe” as the wealthy owners of Dundee’s textile industries built their fine mansions on the slopes above the town. Apart from that, Broughty Ferry had a good reputation for sea bathing and thanks to the coming of the railway in 1838, it got to be a well-liked holiday destination for many from Dundee and other areas of Scotland.

The Barnhill Rock Garden and the Broughty Ferry Beach

Within a 15 minute walk from the Woodlands Hotel, the Barnhill Rock Garden is located on a former nine-hole golf course adjacent to the Dundee-Aberdeen railway line.

This public park was started in 1955 by clearing an area of volcanic rock and today it’s the perfect place where to go for a relaxing walk across the woodland. 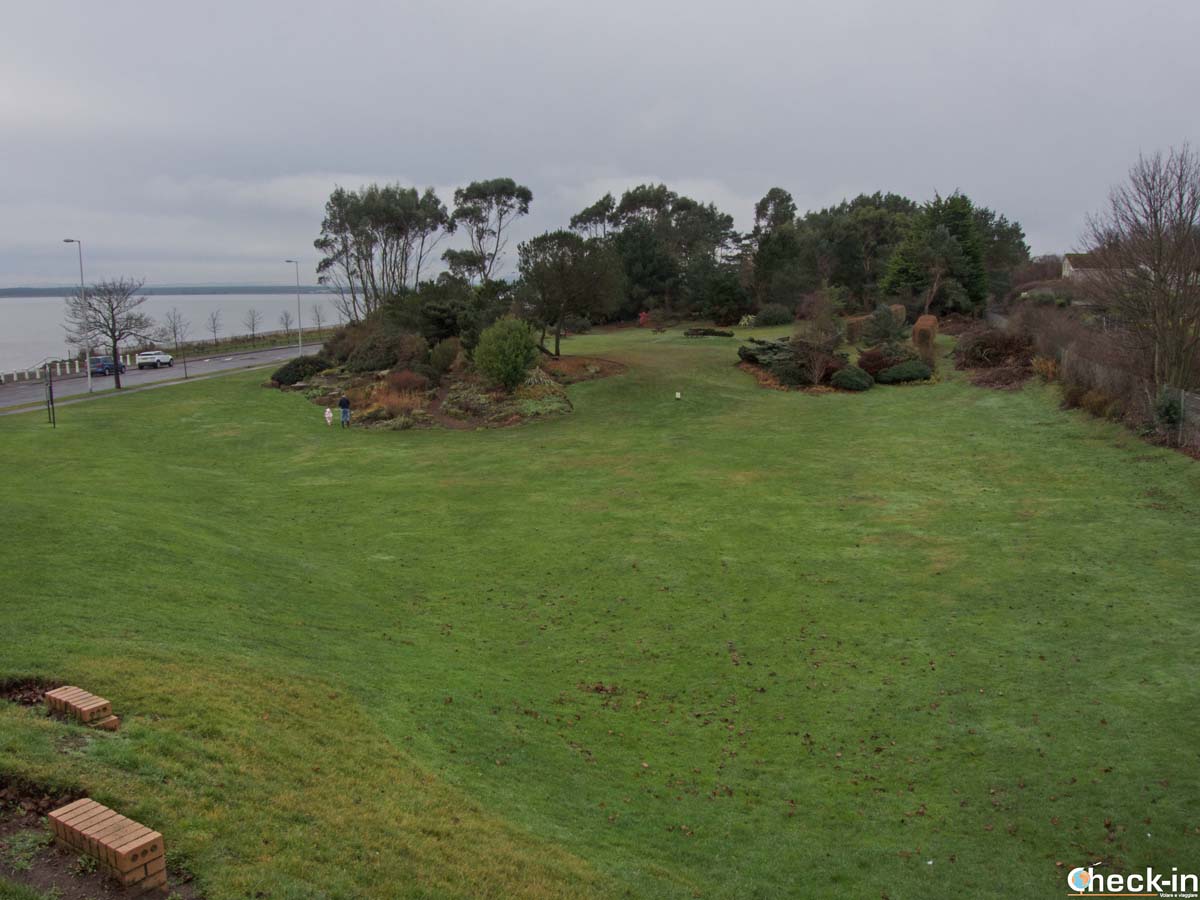 The near Natural Reserve is home to plants, small mammals and provides a series of geomorphological evidences – like for example lumps of lava or sand-dunes – of how the environment has developed throughout the ages.

On the other side of the street there’s a large sandy beach with amazing views across the Firth of Tay and the Fife coast. 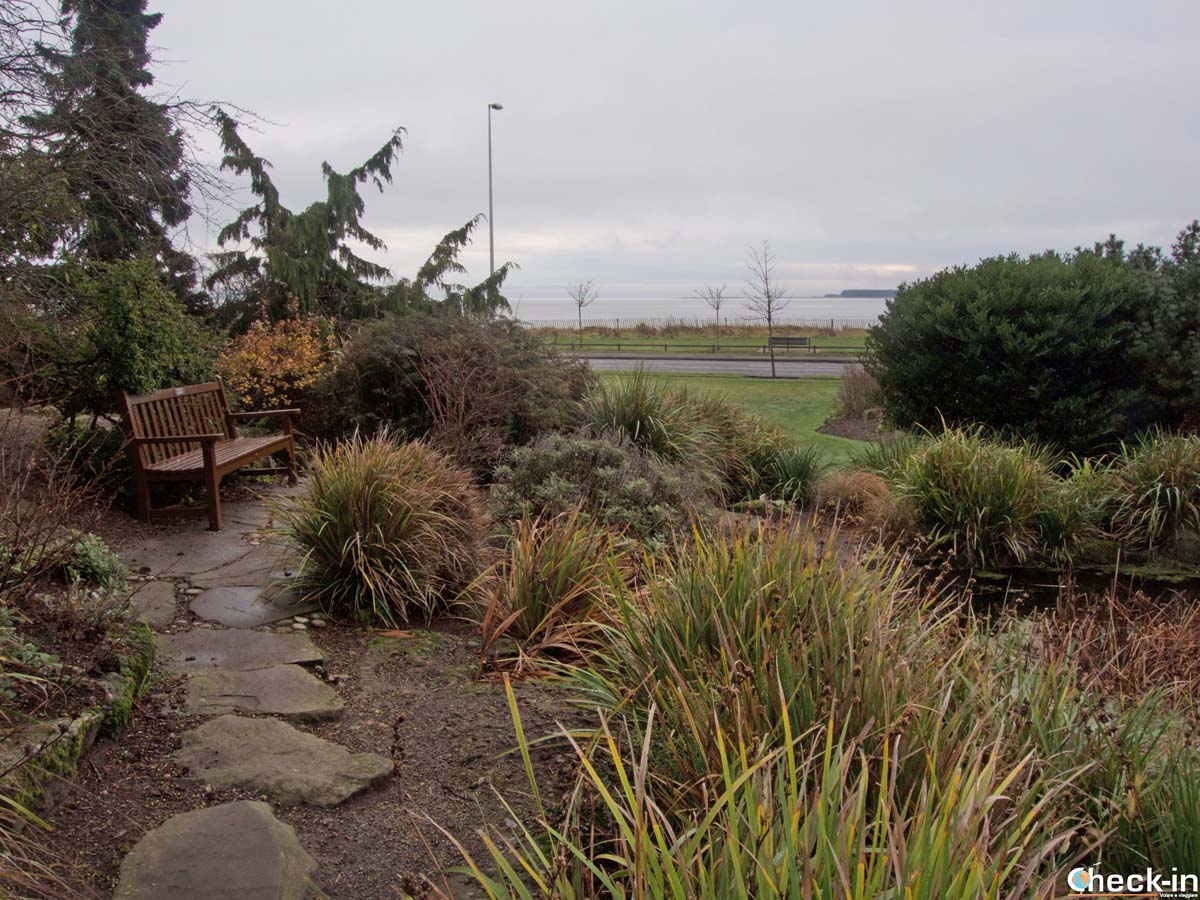 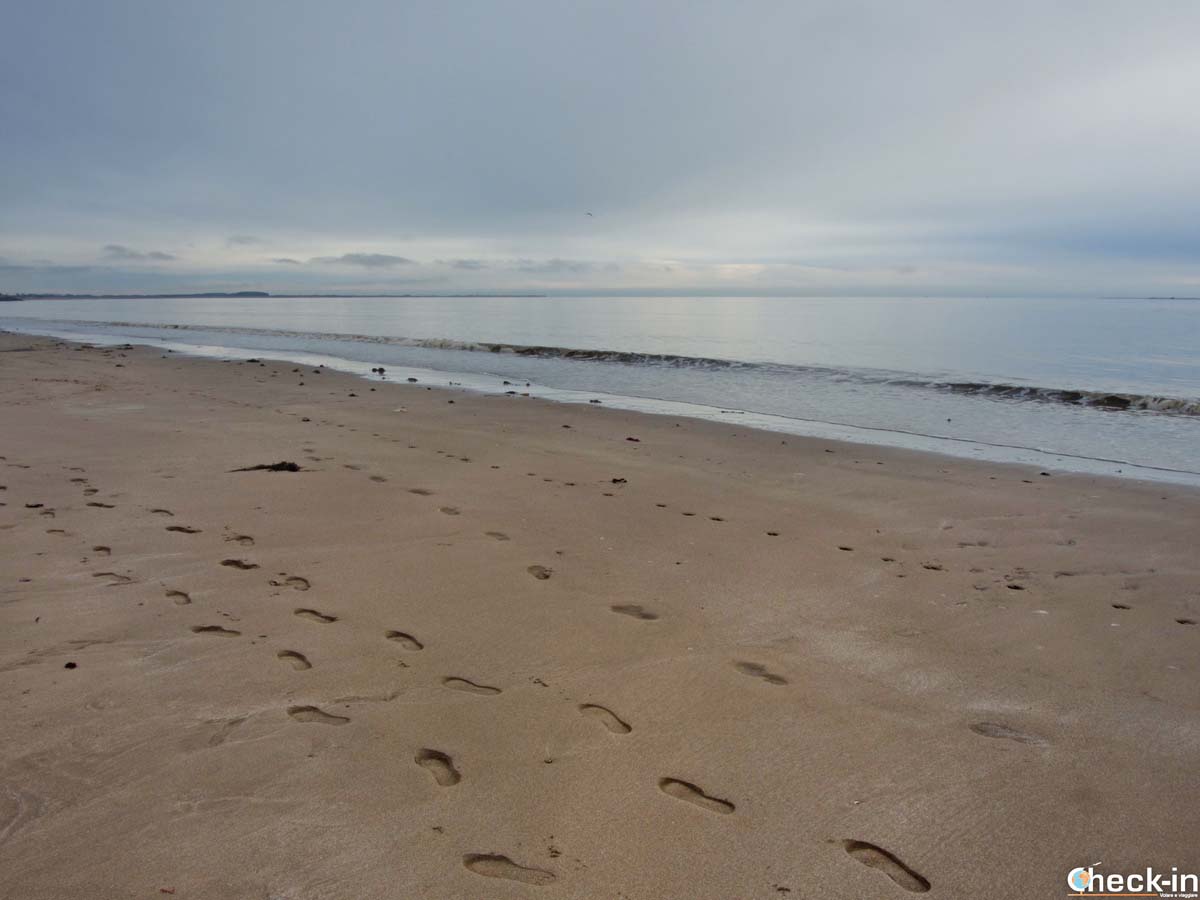 The area is a perfect spot where to get some stunning landscape pictures also featuring the fortress that overlooks the coast since the 15th century. Indeed, the castle was built in order to defend the region from the English navy in around 1490. Due to its privileged position it faced many sieges and battles. Later on the castle was still used, this time as an artillery defence against a possible French invasion in 1860 and the German threat in the two world wars. 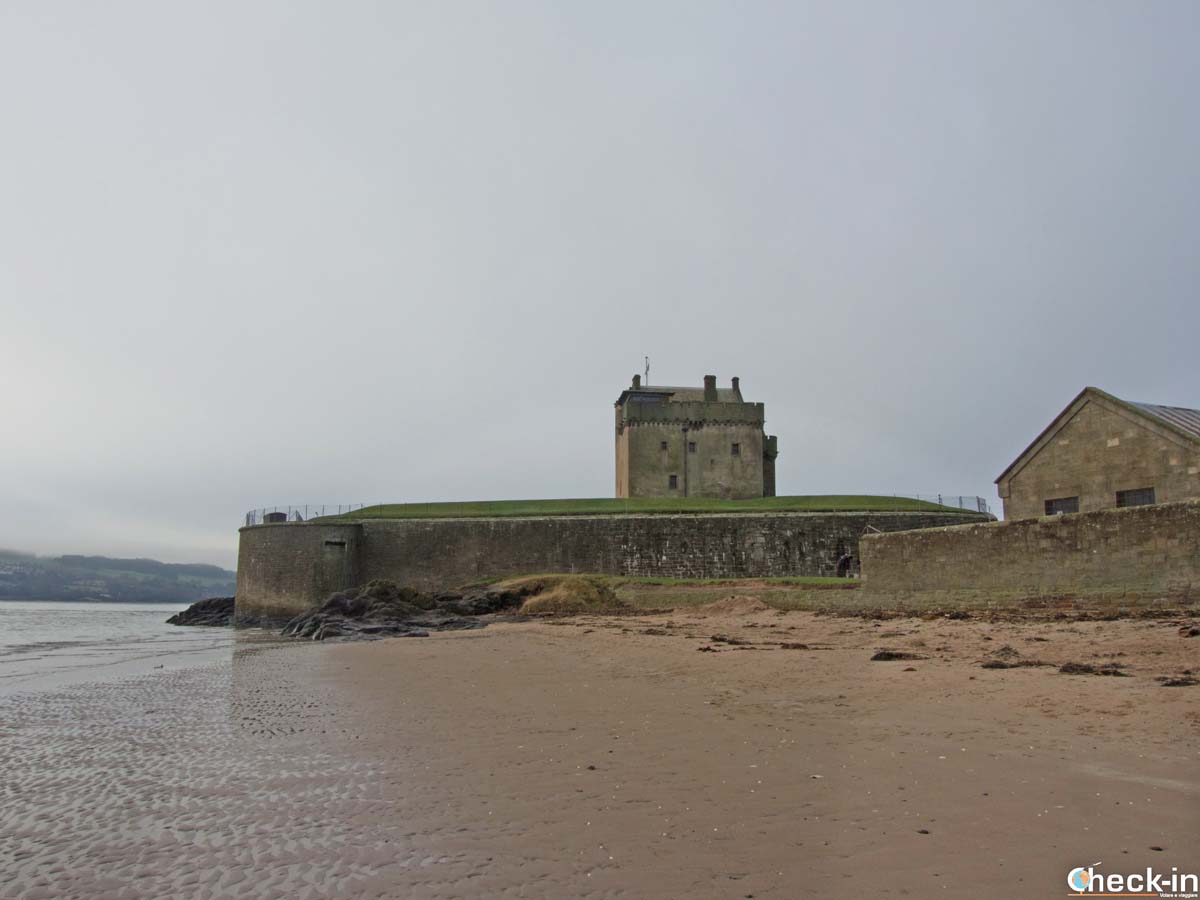 Today the Broughty Ferry Castle is home of a Museum dedicated to the history of the town, its people, the environment as well as the wildlife. It’s also possible to walk along the defensive walls to enjoy beautiful sights of River Tay and the town.

The site is property of The City of Dundee and is managed by Historic Scotland. The fortress is open throughout the year with different opening hours. Admission is free. 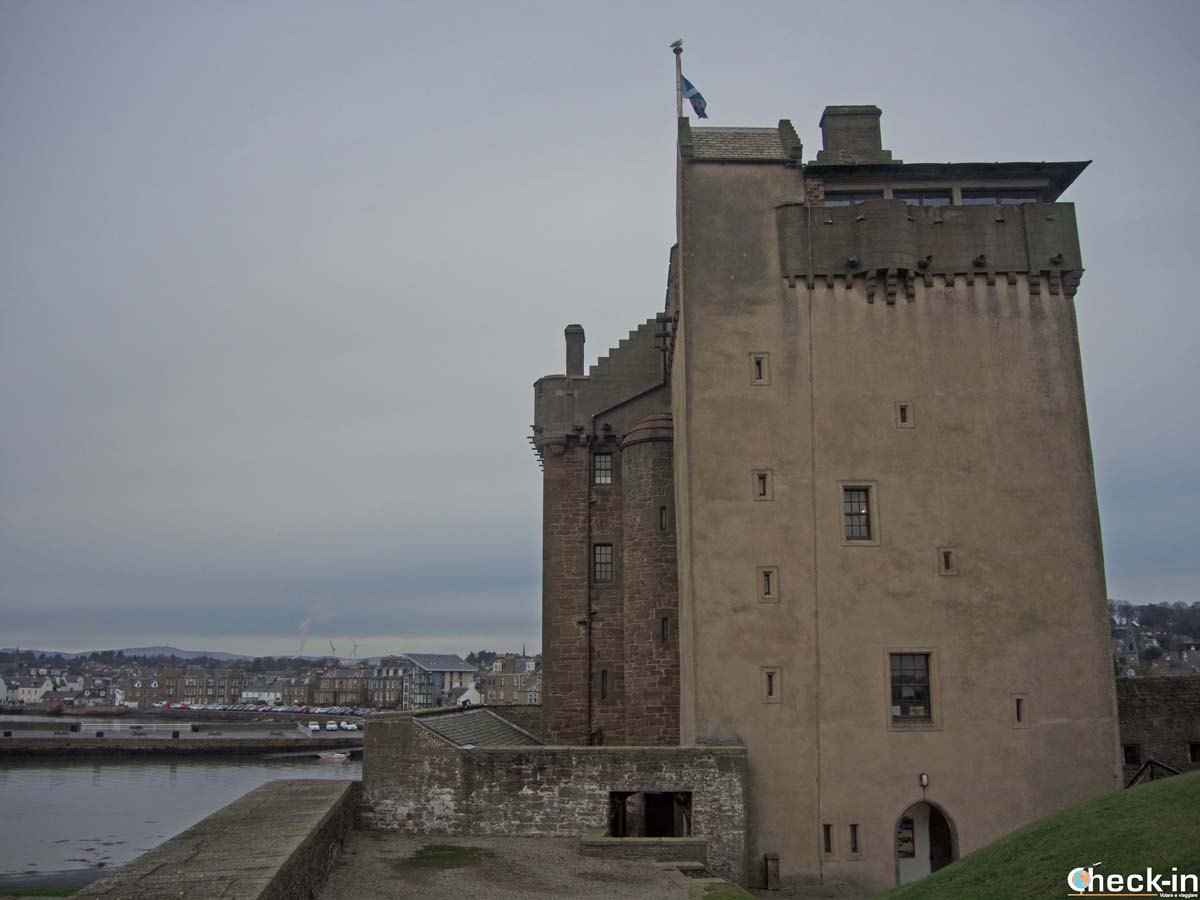 Most of the shops, pubs and accomodations are just a couple of minutes from the castle while the railway station is located rightly in the centre of the town.

The coastal walk continues along Fisher Street where it’s possible to visit The Old Graveyard and take a look at the few gravestones remained after so many centuries. The key to access there has to be hired at the near The Ship Inn, and old public house and formerly a shop.

Besides that, some of the cottages as well as the fishermen’s houses in Fisher Street are amongst the oldest buildings in Broughty Ferry.

Heading towards Dundee, Douglas Terrace becomes a cycle-pedestrian pathway that stretches along the Firth of Tay. 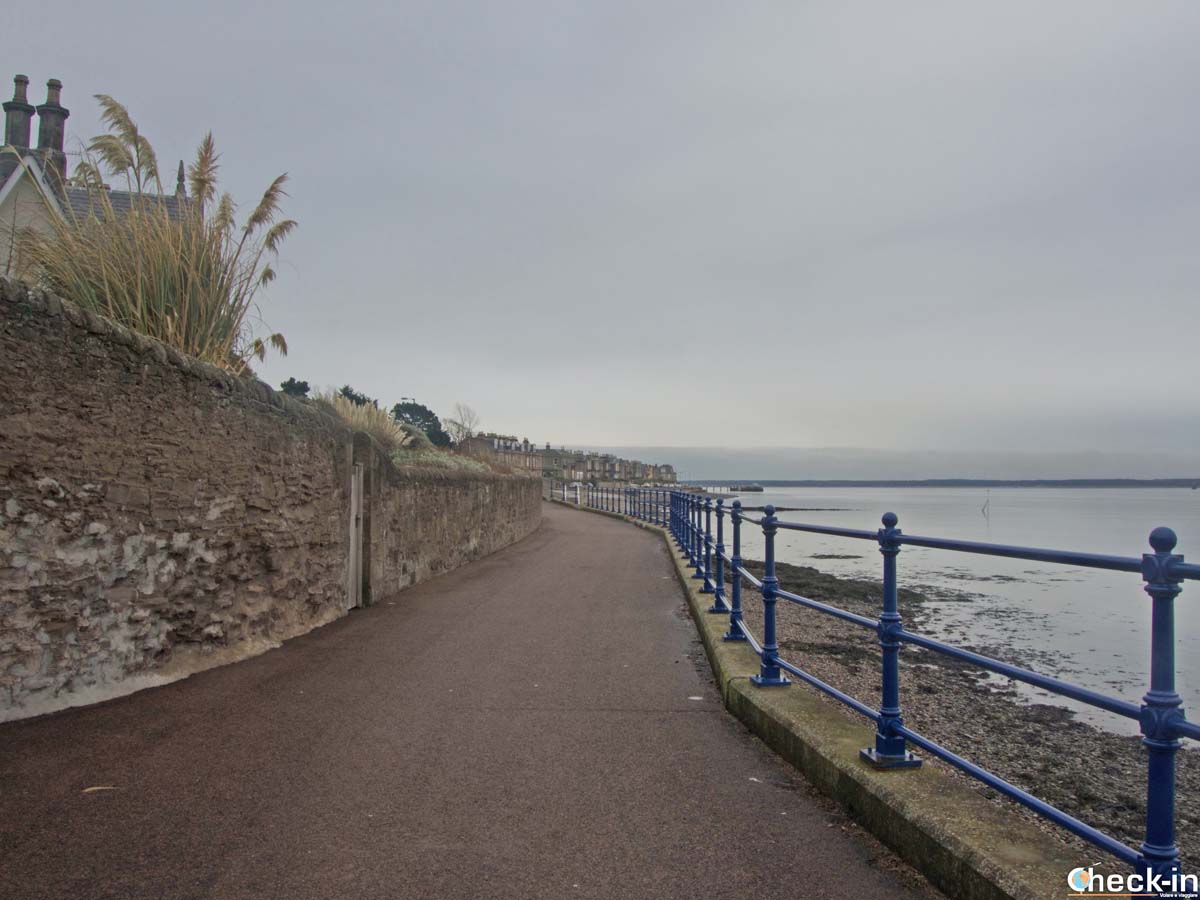 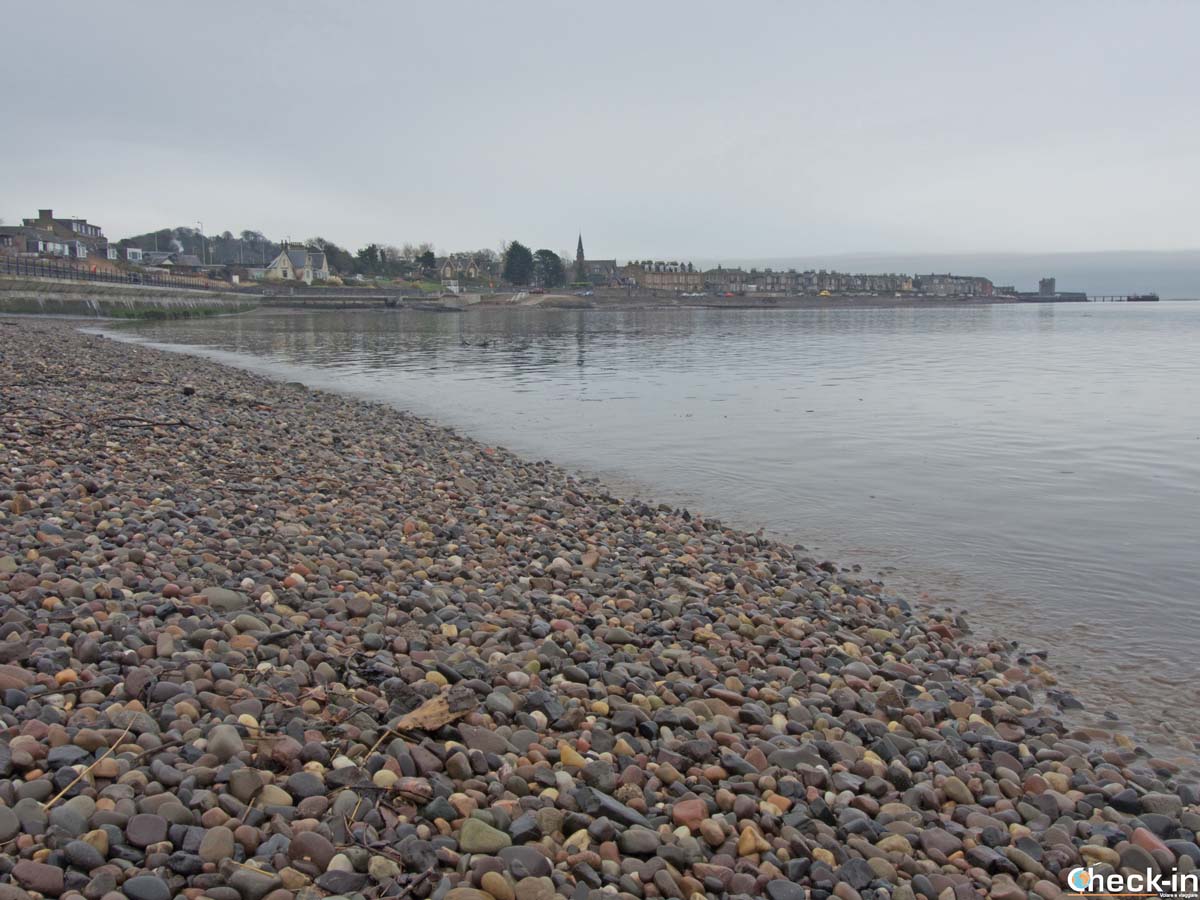 How to reach Broughty Ferry from Dundee

Bus services n. 5/9/10 operated by Explore Dundee connect the two destinations throughout the day, the journey lasts around 30-40 minutes. A single ticket costs £1.75, please note the bus driver can’t give you any change.

Broughty Ferry is also reachable by train. In this case the journey takes around 7-10 minutes but less services are operated during the day. A single ticket is £1.60 while the “Anytime Day Return” is the best deal as it costs just £2.50. The Broughty Ferry railway station doesn’t have any ticket machine so you have to buy the ticket once on board.

For any travel updates and public transport information please check Traveline Scotland website or the app for smartphones.