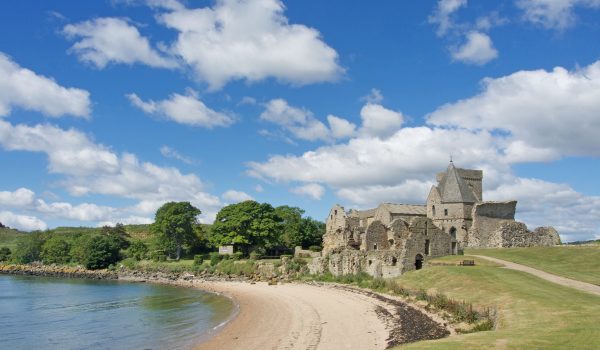 6 days out in Edinburgh, my personal tips about what to do and see near the city centre

, the surroundings of Edinburgh city centre have much more to offer. Indeed, you’ll be astonished to find out how many beautiful places it’s possible to see just remaining in town.

6 days out around Edinburgh city centre

When I’m in town and I want a break from the chaos of the main streets I just have to walk few minutes and suddenly it seems to be in another place. Indeed, Edinburgh is not as big as other cities/capitals so it’s quite easy to find an area where to relax within a walking distance from the centre.

For this reason I share with you my favourite days out in Edinburgh. Most of them are easily reachable by foot, otherwise you can use the local public transport.

Often so-called “an oasis of calm in the heart of Edinburgh”, Dean Village is located just 5-10 minutes away from Princes Street. It used to be a separate village until 1826 and few years later the impressive Dean Bridge was added to link the area to the rest of the city.

Another landmark is the Well Court, built in 1880s to house the local people who worked at the near water mills. Pay also a visit to the Dean Cemetery, created in 1847 on the site of Dean House (dated back to 1614). Then, not forget the Dean Gallery and the Scottish National Gallery of Modern Art, both hosting several exhibitions and many of them have free admission.

To leave the village just follow the walkway along the Water of Leith so you’ll have the chance to see the the classical temple of St bernard’s Well and the Dean Bridge, both designed by Thomas Telford.

The beautiful tree-covered path leads to Stockbridge, another old village that was incorporated in Edinburgh during the 19th century. Like Dean Village, it has kept its own atmosphere and charm.

Explore the area to spot the Stockbridge Colonies, eleven parallel streets with terraced homes realized between 1861-1911 to house the artisan class. Today, due to their privileged position and the short distance from the city centre, are definitely coveted properties.

The houses are also closed to Inverleith Park, one of Scotland’s largest urban parks. Opened in 1891, it’s the ideal place for walks, picnics, sports, children’s play area and beautiful views of Edinburgh city centre’s skyline. Adjacent to the park there’re the Royal Botanic Gardens, previously hosted at St Anne’s Yard near Holyrood Palace since 1670 to 1763. Then, because of the pollution of the Old Town, the collection was moved away. This is its current location since 1820.

2. Leith and the Royal Yacht Britannia

At the mouth of the Water of Leith and on the shores of the Firth of Forth, Leith used to be the port of Edinburgh for ages. Indeed, it dates back to the 14th century and it was visited by many travellers including kings and queens like King George IV and Mary Queen of Scots.

Far from the tourist routes of the central Edinburgh, today it’s a completely renovated district – so forget the dark atmosphere of Trainspotting – featuring shops, restaurants, galleries and an unique mix of people and cultures.

The best way to come here is by the Water of Leith, an amazing footpath that stretches from the Pentland Hills to the local port passing through the historical villages of Dean Village and Stockbridge. The route is also suitable for cyclist and thanks to its peacefulness it feels like a world away from the chaos of the city centre.

The new waterfront hosts the Royal Yacht Britannia, the former floating residence of Her Majesty The Queen and the Royal Family for over 40 years. Moored alongside the Ocean Terminal Shopping Centre (direct access from there), the on-board tour allows to experience the splendour of the Royal Apartments and to find out more about the voyages and how life was onboard during the cruise.

otherwise, if you plan to visit also Edinburgh Castle and Holyrood Palace, the Royal Edinburgh Ticket

features the three royal attractions as well as two days’ unlimited bus travel around the Scottish capital. In both cases, the audio guides available in 30 languages are already included.

Quite far from the city centre but with easy access by public transport there’s Lauriston Castle. It’s a 16th century tower house then extended in 1824. In the Middle Ages, on the site there was a fortified residence but it was completely destroyed during the invasion of the Earl of Hertford in 1544.

Please note the castle is not open all the days, for more information about closing times and guided tours please check the official website.

Lauriston is surrounded by a beautiful park – admission is free – that offers stunning views across the Firth of Forth as well as woodland walks. The most recent addition is the Japanese garden designed by Takashi Sawano to celebrate the Edinburgh-Kyoto friendship and opened in August 2002

In the Firth of Forth there’re several islands and one of them is accessible by foot. I’m referring to Cramond Island, a tidal island connected to the village by a causeway of almost one mile of length. It’s reachable at low tide and for this reason you can find a noticeboard at the begin of the path reporting the safe times to cross it.

Though today it’s uninhabitated, Cramond Island was used in the past by shephers and also as a summer vacation destination. Anyway, it took a main role during the two World Wars when it was fortified in order to protect the Firth of Forth from any attack from torpedo boats and submarines. It’s still possible to spot few remains of buildings and gun emplacements from that period.

Once you get to the island I suggest to reach its highest point from where you have beautiful views across the Firth of Forth including the three bridges, the Edinburgh skyline and Fife coastline as well.

The Lothian Bus 41 runs between the city centre and Cramond. A single ticket costs £1.70 and please give the exact fare as the bus driver can’t give you any rest.

Before or after reaching the island, depending on the tide times, explore the village to find out some of the evidences of Mesolithic, Bronze Age and Roman activity. For example, the today’s local parish church – also featuring a tower from 15th century – was built within the Roman fort.

Around ten miles to the north-west of Edinburgh city centre, the old Royal Burgh of South Queensferry lies on the shore of the Firth of Forth.

It’s name derives from the ferry service established by Queen Margaret in the 11th century for pilgrims on their way to Dunfermline – where she got married to King Malcolm III – and St Andrews. The Queen died in 1093 and she made her final journey by ferry to Dunfermline Abbey. The service continued to operate until the opening of the Road Bridge in 1964.

While in town you can admire the three Forth Bridges and especially the Forth Bridge. It’s a railway bridge opened in 1890 and then inscribed by UNESCO as a World Heritage Site for being a milestone in bridge design and construction.

The other two neighbouring bridges, Forth Road and Queensferry Crossing, were opened, respectively, in 1964 and 2017.

Once here, you can explore the area by boat and also land on Inchcolm Island, which is home of a 12th century abbey and some remainings of military buildings from the Second World War. The island is also known as the “Iona of the east coast” as it’s quite similar to the island of Iona on Scotland’s west coast.

From Easter to October the sightseeing cruise Maid of the Forth operates boat trips departing from Hawes Pier that offer spectacular views under the Forth Bridge and across the Firth of Forth. Among all the tours I suggest you the Inchcolm Landing 3 hrs. Indeed, this one gives you the opportunity to spend 90 minutes exploring the island. In this way you have enough time to visit Inchcolm Abbey, founded by King David I during the 12th century and today considered the best preserved group of monastic buildings throughout Scotland.

Please note the Island and Abbey are cared for by Historic Scotland so a landing fee is applied and it’s already included in the ticket price for the 3hour landing trip, unless you’re an Historic Scotland Explorer Pass

Having said that, on the island you can discover some wartime fortifications as around 500 soldiers stayed here during both world wars to defend the Royal Navy’s base at Rosyth and the Forth Bridge from attacks from the sea.

Then, apart from enjoying the beautiful panoramas from the sandy beaches, it’s also possible to spot seasonal seabirds like puffins or kittiwakes.

It’s very easy to reach South Queensfery from Edinburgh city centre by public transport. From St Andrews Square take the 43/X43 Lothian Country service and get off at the local Police Station located along the main street. By train, from Edinburgh Waverley to Dalmeny and then walk for 10-15 minutes to Hawes Pier under the Forth Bridge.

Duddingston is an old village that today it’s part of Holyrood Park, around 2 km from Edinburgh city centre. It’s one of my favourite places where to go to escape from the “Fringe madness” in August.

The original settlement dates back to 12th century when Duddinston Kirk was founded. Coming from the city, the view is dominated by Duddingston Loch, the perfect place to spot wildlife while in the past it was used for curling and ice-skating. The lake also appears in the famous portrait “The Reverend Robert Walker skating on Duddingston Loch” by Henry Raeburn.

The village has kept its original charm and you can notice it exploring the area around the church. Along The Causeway you can find the Sheep Heid Inn, considered the oldest pub in Scotland. It’s opened since 1360 and its name derives from the ram’s head presented by King James VI to the landlord in 1580.

Few metres from here stands the cottage where Bonnie Prince Charlie held the council the day before the battle of Prestonpans during the Jacobite Rising in 1745.

Another notable building is the Duddingston House, a classical villa built by William Chambers between 1763-1768 and situated in Milton Road West. Today it’s a private area so I could just take a picture from outside.

Near Duddingston there’s Craigmillar Castle, the Edinburgh’s “other castle”. Mary Queen of Scots stayed here in 1566, her room was located on the first floor of the tower house. This area of the building also house a prison and a stunning great hall. I suggest you to climb it to enjoy beautiful sights across the Scottish capital, especially Edinburgh Castle and Holyrood Park as well.

If you’re fan of Outlander, the castle appeared in episode 3, ‘All Debts Paid’, of Outlander season 3. It’s Ardsmuir Prison, where Jamie is imprisoned – together with other Highland Jacobites – after the defeat at the battle of Culloden.