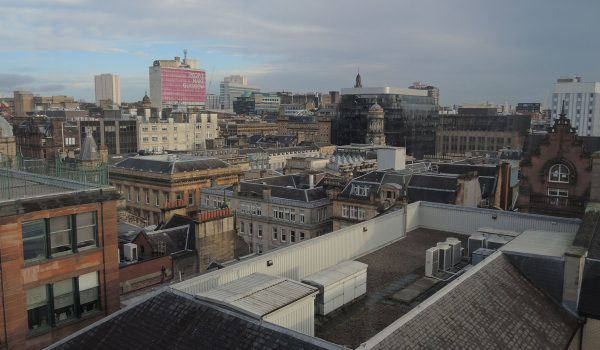 Glasgow, the 9 top things and attractions to do and see for free in the Scotland’s biggest city

Lately I’ve visited Glasgow quite a lot of times with the chance to explore different areas of the Scotland’s biggest city. Every time I’ve learned about a new aspect that has allowed me to find out more about its past, its present and then its future. For example, Glasgow was the UK’s first ever UNESCO City of Music and today music is still the beating heart of the city. Then, if you’re keen on shopping and design Glasgow is definitely the places for you. And last but not least, it’s commonly said that Glaswegians are the friendliest people throughout Scotland, though their accent is not always easy to understand (especially for a “foreigner” like me) 🙂

Having said that, it looks quite clear why Glasgow is such an amazing, vibrant city and you know what… there’re plenty of things to do and see for free and I tell you more about it in this article.

The 9 free things to do & see in Glasgow

The itinerary includes several Glasgow’s neighbourhoods and in my opinion a walking tour would be the best option to discover the city, its history and its rich culture. Just in case, if you want to save time, you may try the local subway – really easy to use – or take the City Sightseeing Glasgow Tour

. This is an open top double decker bus tour with 21 hop on and off stops across the city and the ticket is valid for 1 o 2 consecutive days (also available for families with special fares).

The river Clyde divides the city and is the symbol of the long history of Glasgow, from the thriving industrial past to the period of decline and finally to the revival of tourism that has involved the Scottish city in recent years.

In fact, today the Glasgow’s West End boasts some of the free top tourist attractions – for example the Riverside Museum or the Tall Ship Glenlee – as well as beautiful futuristic buildings like the SSE Hydro and the SEC Exhibition Center, that host concerts, fairs and other events. Not to mention the Clyde Art Bridge, commonly known as “squinty” (Glaswegians really like to use nicknames!), which connects the two sides of the city.

The Kelvingrove Art Gallery and Museum is considered the Scotland’s most visited free attraction.

From Charles Rennie Mackintosh to Salvador Dalí, you can admire the artworks by numerous national and international artists. Considering that is quite obvious that Kelvingrove is one of the most important museums in all Europe.

The last time I went there it was during a blog trip organized by Visit Scotland and People Make Glasgow. In that occasion, together with other international bloggers I had the privilege to visit the Museum on a private tour after closing time. Ann Stewart from Come See Scotland was our lovely guide and we spent around one hour discovering the greatest highlights of the different art galleries.

3) The University of Glasgow and the Hunterian Museum

From the Kelvingrove Park you can notice the wonderful neo-gothic buildings of the University of Glasgow. Founded in 1451, it’s one of Scotland’s four ancient universities.

It’s possible to visit it for free and the cloisters are definitely the most iconic spot where to go for taking a picture. Apart from the students, you may note some “normal” people wandering here around. That’s because the place has been featured in films and tv shows like for example Outlander (Season 3, University of Boston).

Before leaving the building please spend some time exploring the Hunterian Museum, the oldest museum in Scotland as it was opened in 1807.

Housed in one of the halls of the main campus, it showcases many items from the personal collections of William Hunter, a famous Scottish anatomist and physician. Among them you will see pieces of the Antonine Wall, medals, coins, artifacts from various historical periods, scientific instruments and so on.

Well, Ashton Lane is not an attraction but is simply one of the most fascinating areas in Glasgow. This cobbled backstreet is located just north of the University of Glasgow and a short walk from Hillhead subway station.

Thanks to the many bars and restaurants available it’s the ideal place where to meet up with friends. For this reason the lane is very lively during the day and at night while the beautiful twinkling lights lit it up throughout the year. Furthermore, here there’s also an independent cinema, the “Grosvenor Picture Theatre“, an authentic local institution.

It’s time to go back to Glasgow’s city centre and visit one of its most emblematic places, The Lighthouse.

Opened in 1895, it was the first public space to be designed by Rennie Mackintosh. Used as a headquarters of Glasgow Herald newspaper, today is Scotland’s Centre for Design and Architecture and hosts many events and exhibitions during the year.

If you love cityscape then reach the 7th floor to enjoy the breathtaking panorama from the Viewing platform. Among all the skyscraper you may recognise the roof of the Gallery of Modern Art and the top of City Chambers in the background.

6) The Gallery of Modern Art

Located halfway between The Lighthouse and George Square, this is the most visited gallery of modern art in Scotland.

The gallery is focused on contemporary social issues and here people meet up to learn and share new ideas. During the year there’re workshops and contemporary exhibitions that display artworks by Scottish and internationals artists. In front of the neoclassical building stands the the famous equestrian statue of the Duke of Wellington with its unusual traffic scone.

Many shops, restaurants and bar overlook the Royal Exchance Square and if you come here during the Christmas season you will enjoy all the glittering lights that surround the art gallery.

7) Glasgow Cathedral and The Necropolis

Now headed to the East End to reach the Glasgow Cathedral, built on the site where Saint Mungo, future patron of the city, was buried in AD 612. His tomb is located in the lower cript. You may recognise this area even because it was featured in Outlander S2 as a location for the Hopital des Anges.

Though today is no longer a cathedral, it still deserves a visit because it was the only building to survive intact after the Scottish Reformation in 1560.

On the top of the hill located just behind the medieval church there’s The Necropolis, a Victorian cemetery opened in April 1833. It’s one of my favourite places in Glasgow due to the various architectures of the approximately 3500 monuments existing there. Besides that, from the top you can enjoy a fantastic view of the Glasgow Cathedral together with all the buildings around.

Next stop is Glasgow Green, the oldest park in the city and situated on the north bank of the River Clyde.

One of the most important landmarks you can see there is Doulton Fountain, the largest terracotta fountain in the world. The monument commemorates Queen Victoria’s reign and was given to Glasgow as a part of the International Exhibition in 1888. Today it stands in front of the People’s Palace, a museum dedicated to the history of the Scottish city.

Just a wee practical information: near the fountain there’s the bus stop of the tourist bus.

Street art in Glasgow is a serious thing. It’s a way to redevelop some areas around the city centre and then to offer something different to the tourists.

As a matter of fact, there’s a specific walking itinerary – the City Centre Mural Trail –  that allows to appreciate all the artworks displayed on buildings and vacant shops. The first one dates back to 2008 and since than the “catalogue” is continuously expanding.

Up to now, I’ve seen just three of them:

Far from being definitive, this is my personal list including the Glasgow 9 top places and attractions to see for free. I hope this itinerary throughout the Scottish city will help you to discover its history, culture, art and architecture.