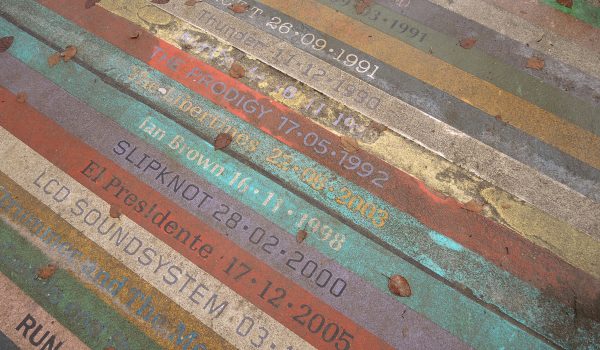 Glasgow, a guided walking tour to discover the music scene of the Scotland’s largest city

During the weekend I spent in Glasgow as a invite of Visit Scotland and People Make Glasgow I had the chance to discover more about its world-renowned music scene. As a matter of fact, in 2008  it was named as a UNESCO City of Music – the first one throughout UK – in recognition of its history as well as the significant role the city plays in promoting music nowadays. To give you just some examples, these are some of the singers and bands born or linked to Glasgow: AC/DC, Franz Ferdinand, Mark Knopfler, Amy Macdonald, Paolo Nutini, Simple Minds, Travis and so on.

Today, the local music industry continues to be very active as the city hosts hundreds of events every week. One of the most famous is definitely the Celtic Connections, the music festival that celebrates the celtic music and its connections to different cultures across the globe. Every year, between January and February, thousands and thousands of international musicians come to Glasgow for around 18 days of concerts, ceilidhs, art exhibitions, workshops, talks together with several free events.

“If there’s one thing that makes wintertime in Glasgow great then it’s Celtic Connections.“

A guided walking tour across the Glasgow’s music scene

As a music lover and drummer I decided to take part of a personalised tour planned by Glasgow Music City Tours, a local company made up of guides that are also enthusiastic music fans that know how to enjoy the amazing Glasgow’s cultural life. Their aim is to show to the visitors the city’s most notable venues and tell the stories of the legendary performers who have stayed, played and made music in the Scottish city. This is done thanks to two different tours – Merchant City Music (Past and Present) and Glasgow’s Music Mile – that allow people to visit many venues located in the East End or in the city centre. 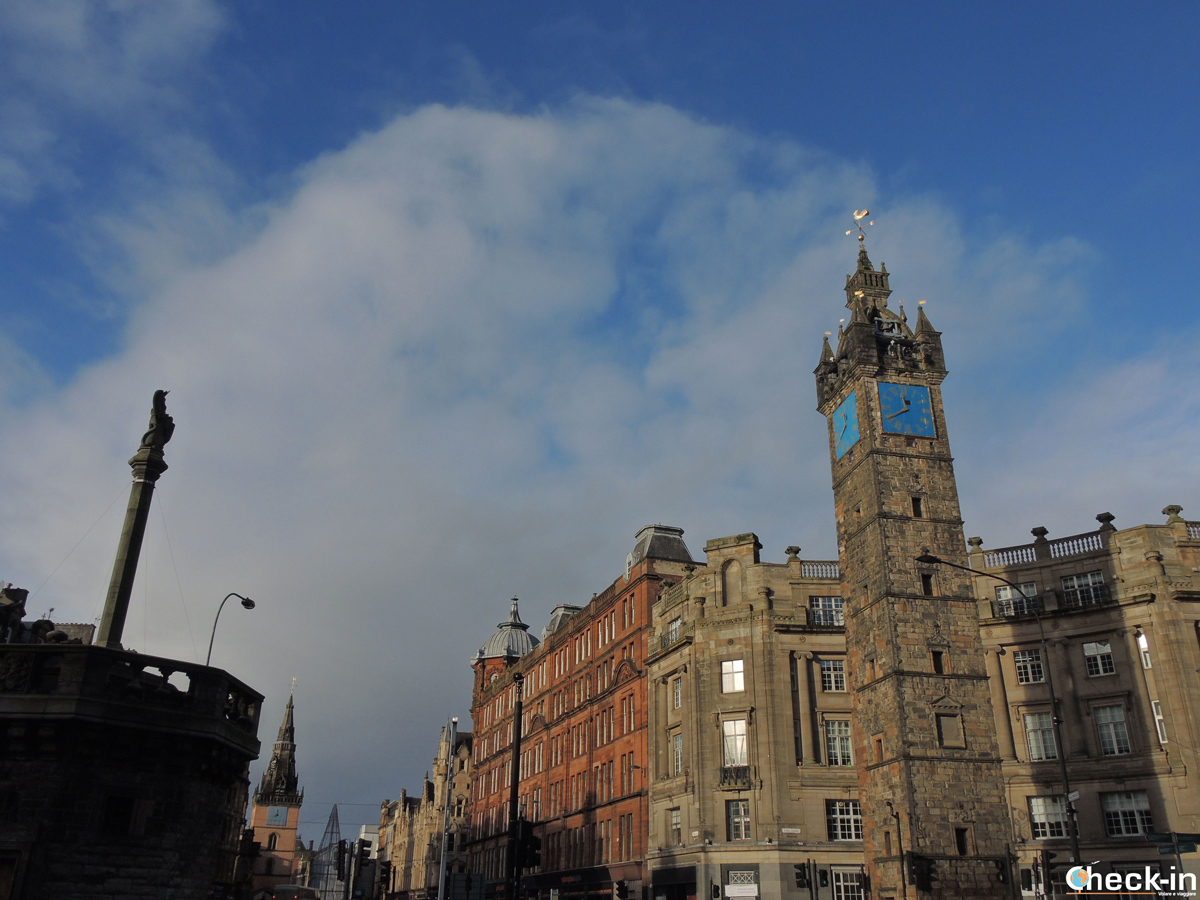 We meet our guide Fiona at the Glasgow City Halls in Candleriggs (Merchant City). They were the first large area specifically designed to host large events and concerts during the 19th century. Later on, the Old Fruitmarket was added to the grand hall and remained opened until the 1970s after which it was used for some jazz and folk music events. Both areas re-opened in January 2006 after some restoration works and today are home of the BBC Scottish Symphony Orchestra and the Scottish Music Centre.

The Old Fruitmarket has been undoubtedly one of my personal highlights of the tour. This because you can still clearly see around you the signage of traders like greengrocers or ironmongers while you’re attending together with other 1000-2000 people a rock, pop and Celtic Connections concert, theatre performances, fashion parties, club nights and comedy sets. 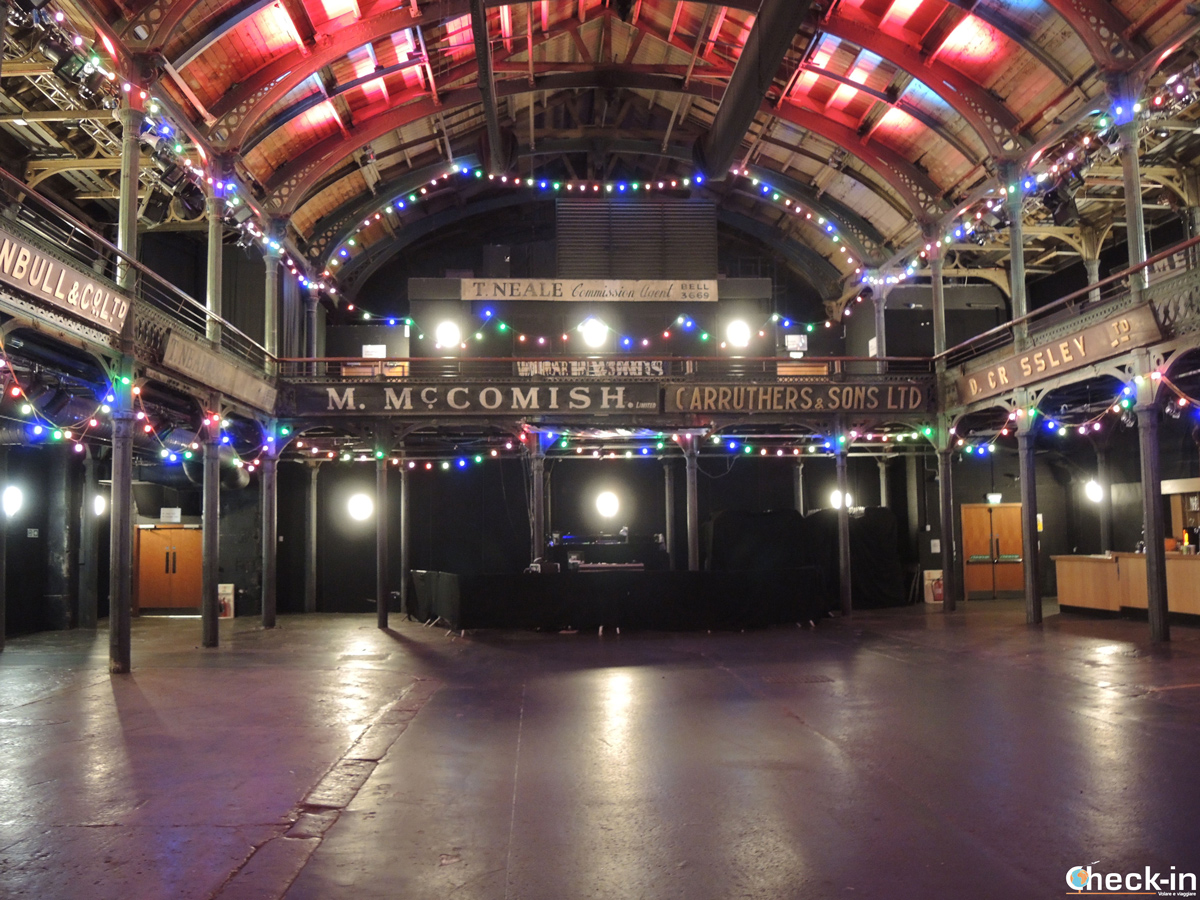 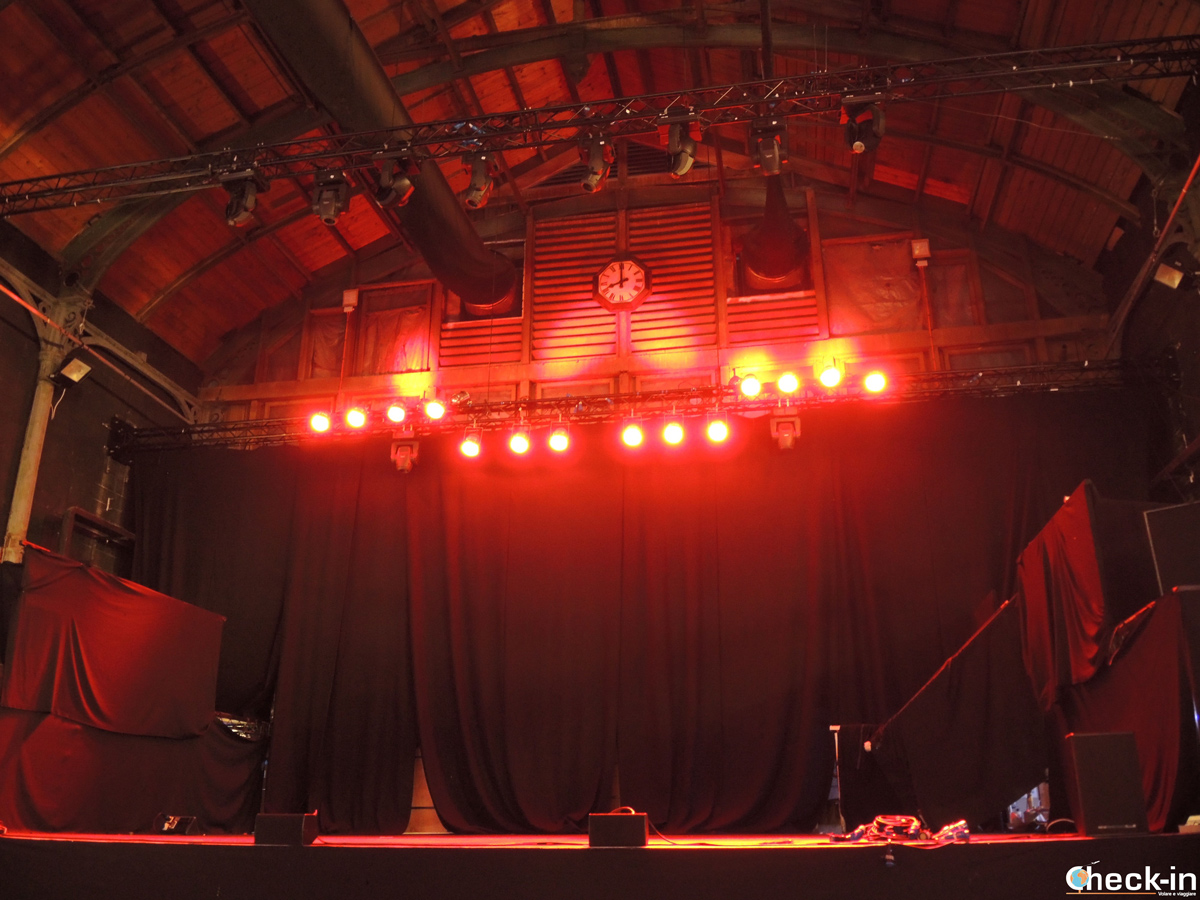 The itinerary continues across the Glasgow West End to reach a special place, the Barrowland Park. At first sight it seems a normal park but actually it has something that makes it unique and worth a visit. While you’re walking along the path look down and you’ll see the Album Pathway. Created by Jim Lambie to underline the importante of the famous Barrowland Ballroom for the Glasgow’s musical history, it looks like a spines of records on a shelf that lists the thousands of artists who played Barrowland from 1983 to 2014, the year the Pathway was installed for the Commonwealth Games. 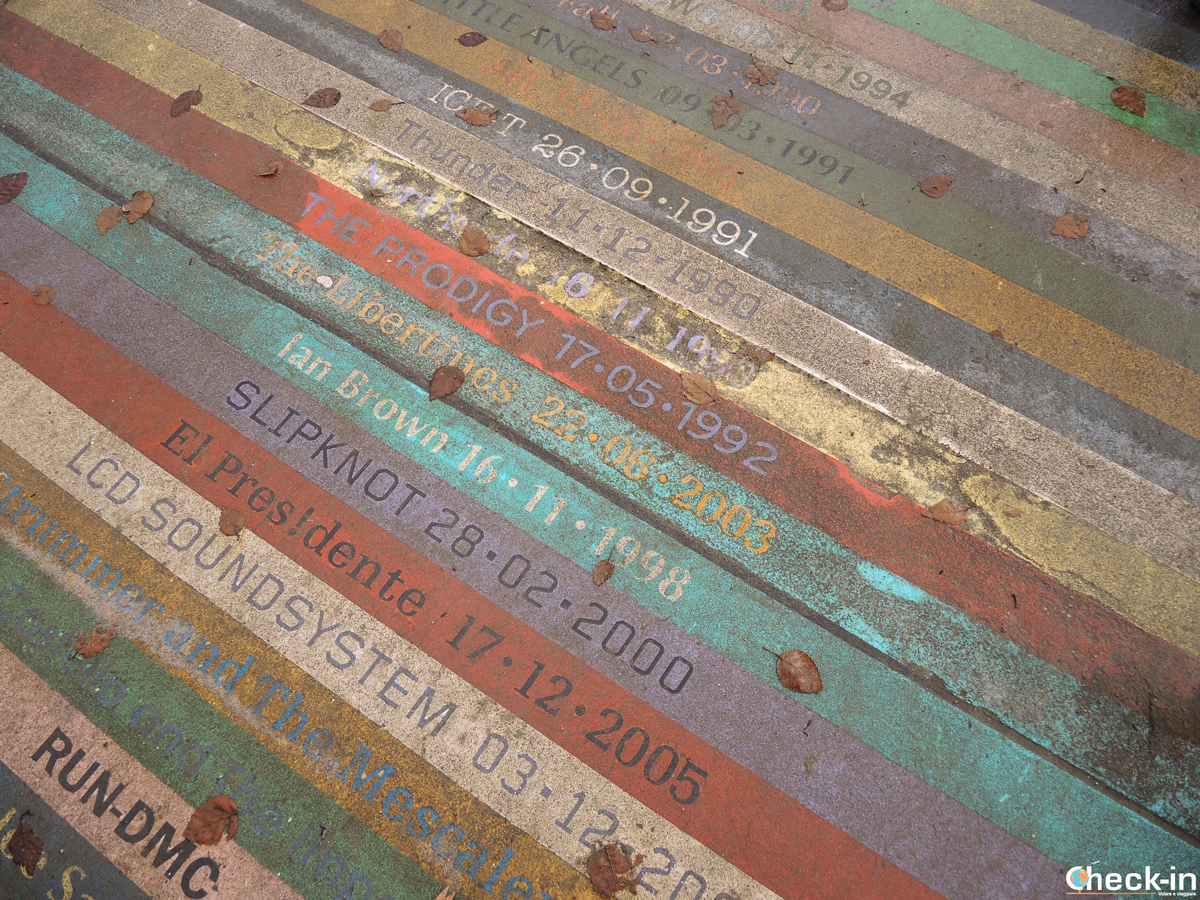 The Barrowland Ballroom – located in Gallowgate 244 – is definitely the Glasgow’s most iconic gig venue with a capacity of around 2,100 people. Since its opening in 1934 have played music superstars like for example Metallica, Oasis, Ryan Adams, Simple Minds, U2, The Clash, Muse, Foo Fighters and so on. The neon sign on the front of the building is considered to be the biggest of its kind in all the United Kingdom. 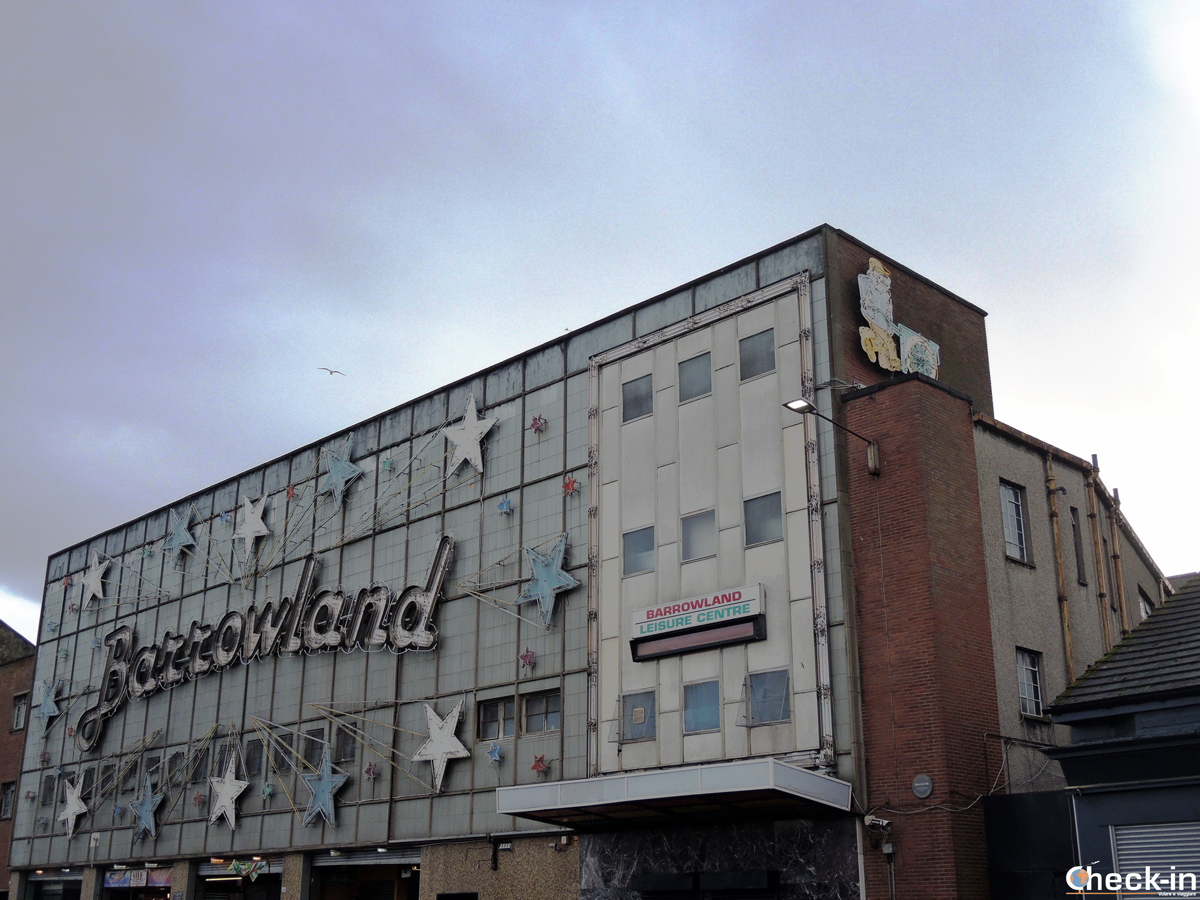 Last stop of the tour is at Saint Luke’s – Bain Street, 17 – in the heart of Glasgow’s East End. The location is quite unusual as it was once the St Luke’s Parish Church while today is a popular live music events like gigs (even some of the Celtic Connections), themed music nights and DJ sets. Not only that, the old building also includes a bar and the Restaurant Winged Ox, serving burgers, sandwiches, ribs and wings, salads and some “home specialities”.

The stained glass windows, the pipe organ from the 1800 and the pulpit are the remains of the church which today, apart from concerts, hosts other special events like weddings or screenings of sports matches. 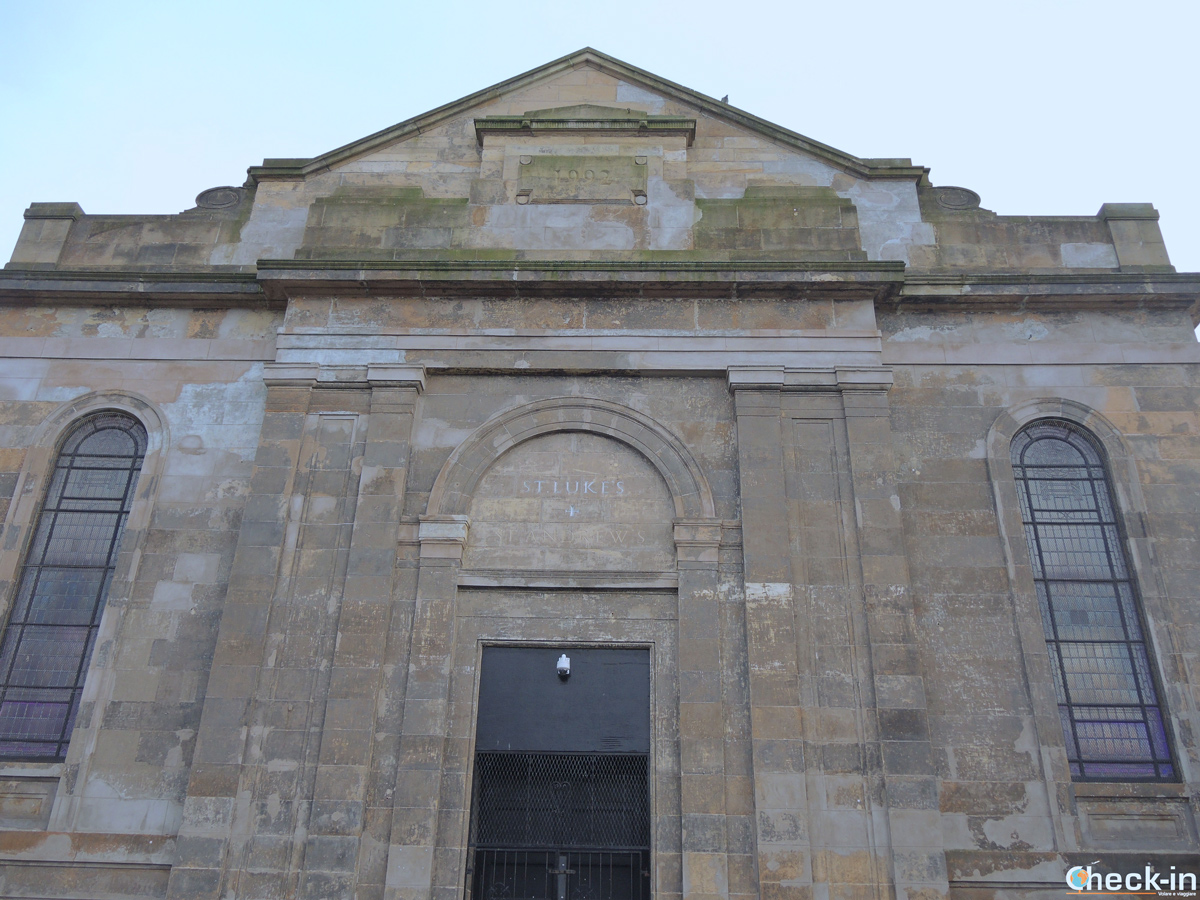 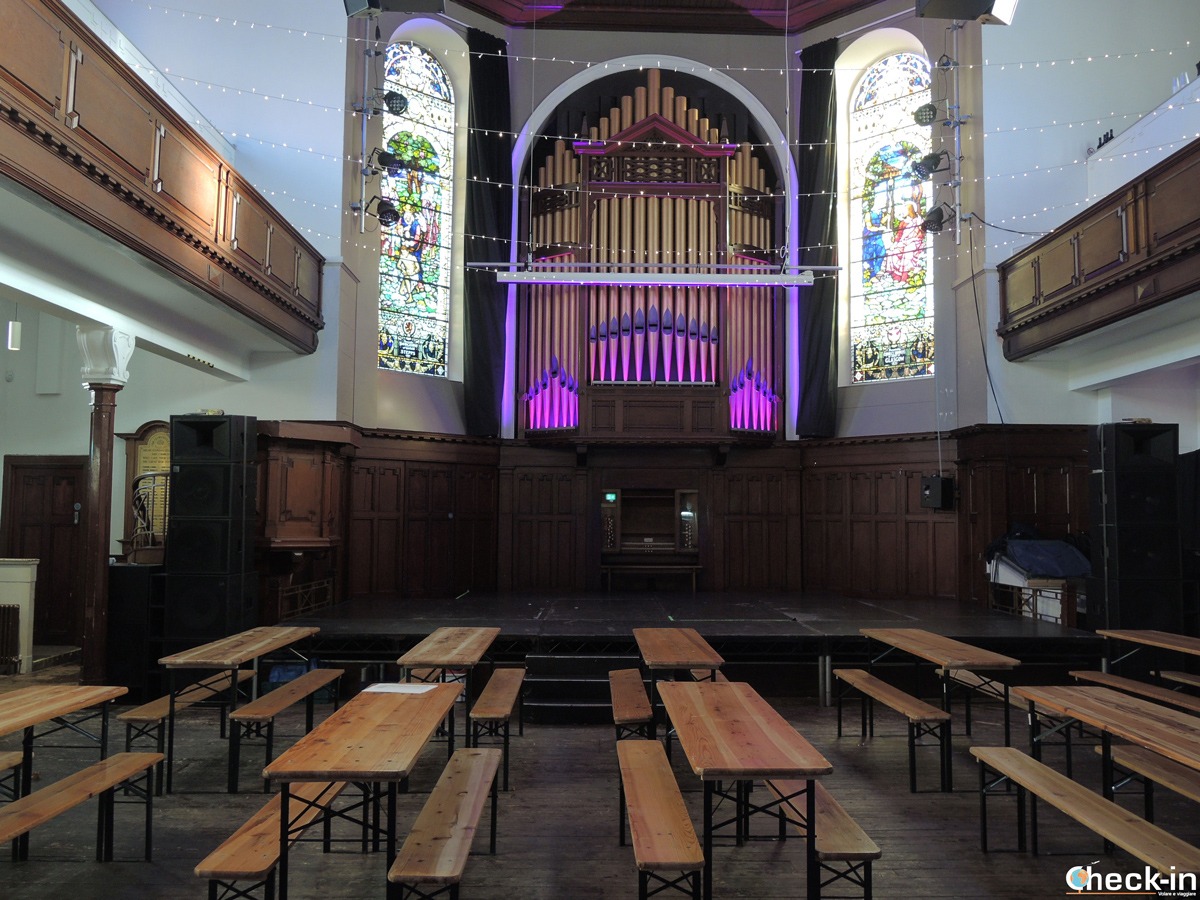 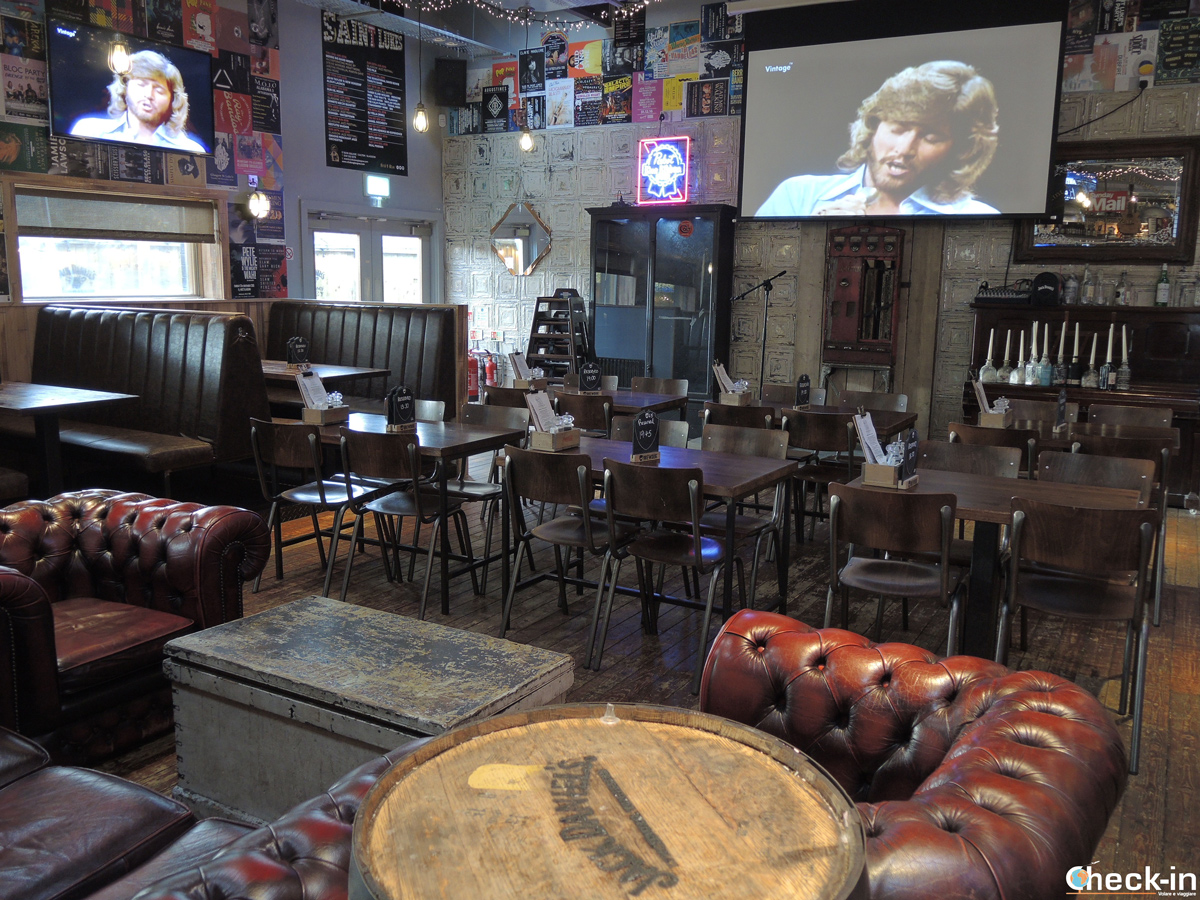 Actually, the very last stop of the tour brings us to The Barras, just few metres away from there.

This is the street where the local market founded in 1921 takes place on Saturday and Sunday from 10 to 17. The name “barra” is the translation from Glaswegian dialect “barrow” and it refers to the market’s early years, during which traders sold their wares from handcarts.

Together with the historical market, today the Barras Art and Design has become the symbol of the district and its aim is to encourage people to explore and spend some time in this area. BAAD consists of a huge atrium with a internal courtyard area that hosts many shops and studios, the city’s first shipping container street food yard. There’s also an award winning restaurant & bar, the “A’Challtainn“, specialised in Scottish fish. We stopped there for lunch so I had the chance to prove it. I got the biggest fish and chips of my life and it was simply yummy! 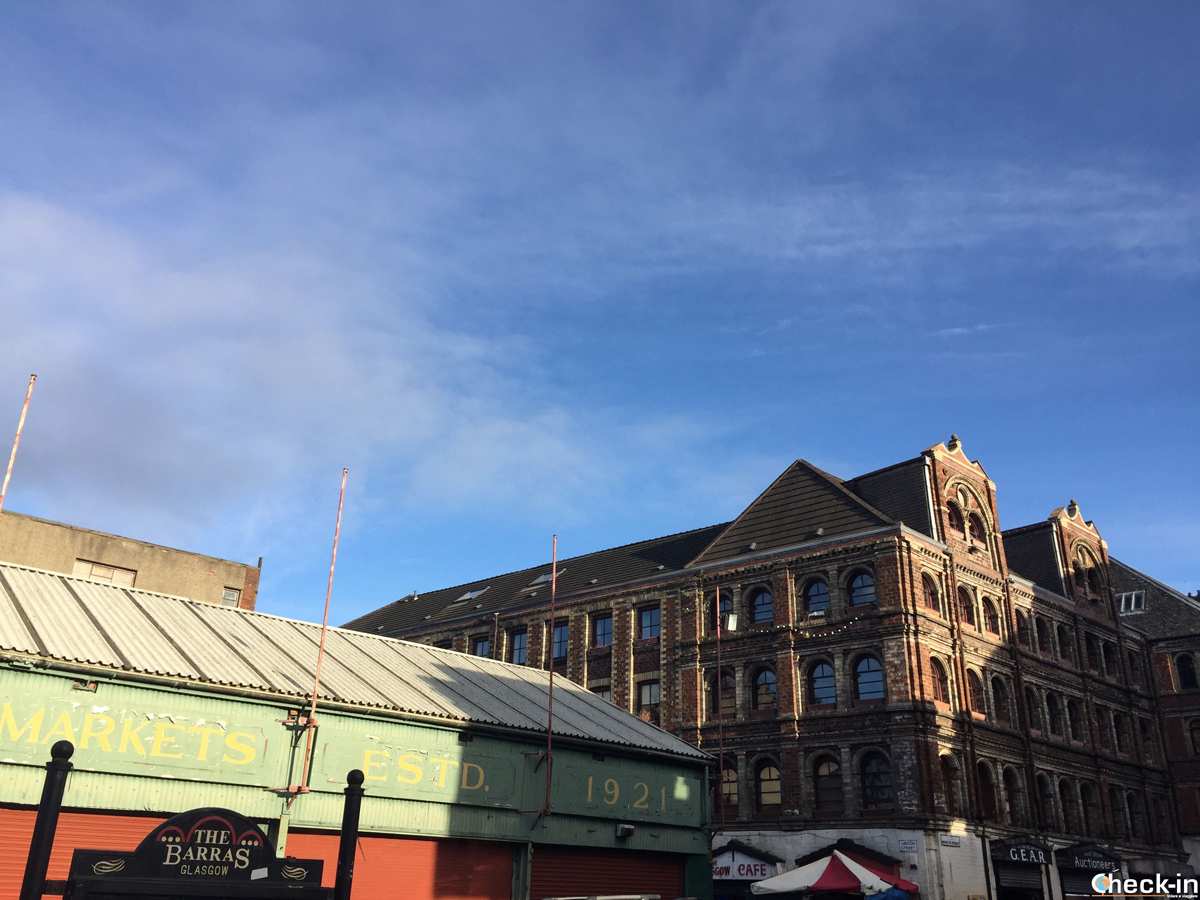 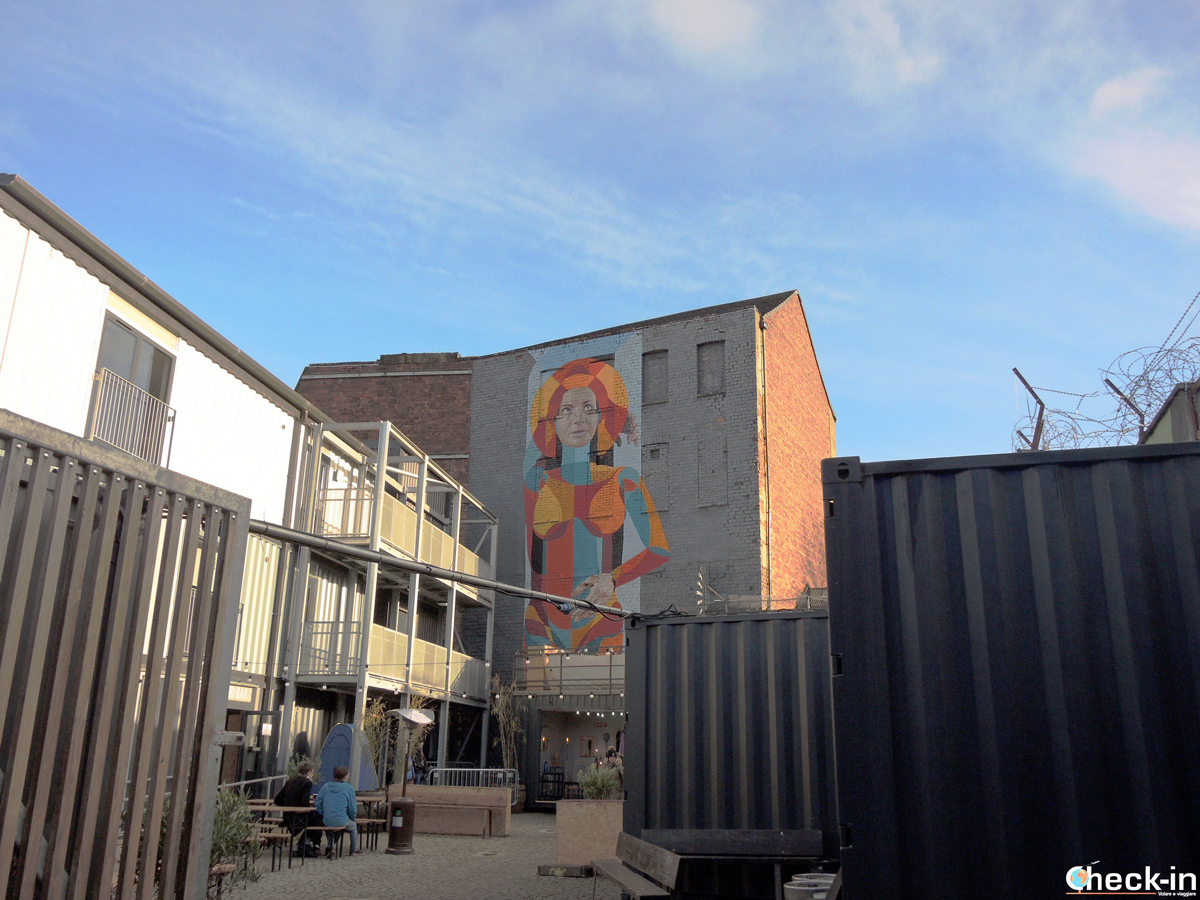 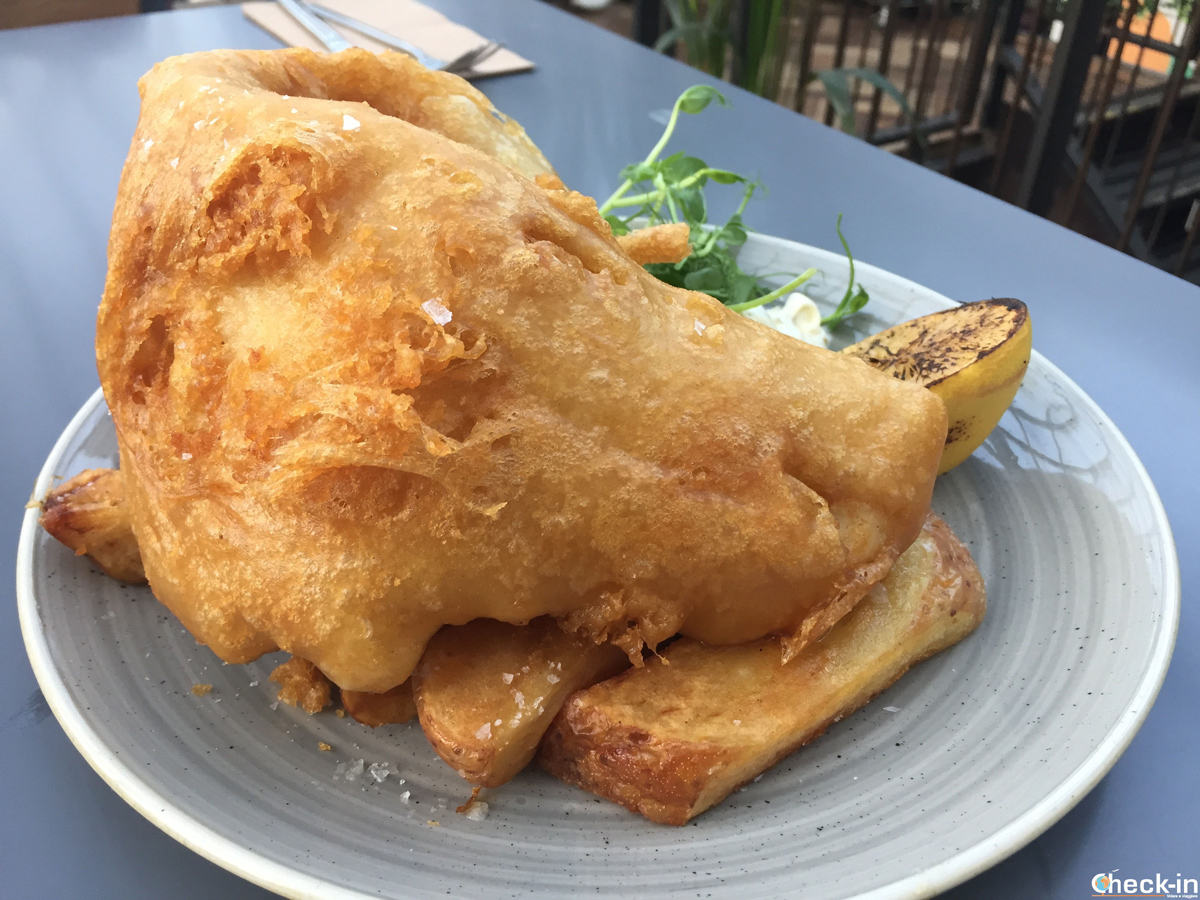 The BAAD is open all the week, Monday-Saturday from 12 pm to 12 am and Sunday from 11 am to 10 pm. The backyard opens every weekend from Friday to Sunday. This is the ideal place for hanging out not only during summertime but even throughout the year. As a matter of fact, the area features shipping containers with a indoor bar, a covered seating area, an outdoor bbq & grill and a deck & beer garden with gourmet food trucks.