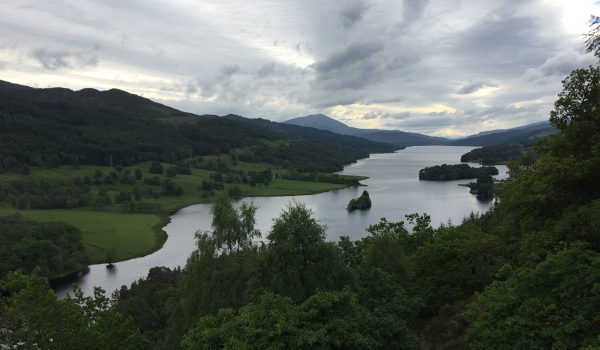 Perthshire, the 5 day excursions to do from Perth and Pitlochry to discover Scotland’s Big Tree Country

Perthshire, also know as the Scotland’s Big Tree Country, offers a lot of things to do and see, from historical sites to natural heritages. While settled in Perth and then in Pitlochry I had the chance to do 5 excursions in their surroundings.

Below I explain you more about the attractions I visited adding some practical information. As a matter of fact, even in this case I just travelled with public transport – by bus only – and I didn’t have any kind of problem to plan my itineraries.

5 excursions to do in Perthshire: 1) Birnam and Dunkeld

Birnam and Dunkeld are two lovely small villages 30 minutes far from Perth. In the day spent here I could enjoy natural beauties as well as relevant historical sites.

The most famous attraction in Birnam is the Birnam Oak, the last survivor of the wood featured in Shakespeare’s Macbeth.

“Be brave like the lion and proud. Don’t even worry about who hates you, who resents you, and who conspires against you. Macbeth will never be defeated until Birnam Wood marches to fight you at Dunsinane Hill.”

Located a few hundred metres from the centre, simply follow the signpost and then you’ll immediately recognise it for its huge dimensions and for the sticks that support its biggest trucks. Take a gentle walk across the woodland that lays on the bank of river Tay to appreciate other beautiful trees and natural sights.

Back to the main road you can see the Beatrix Potter Exhibition and Garden, named after the English writer who spent her childhood holidays here. In the garden there’re sculptures representing some of its most important characters like for example the ones from The tale of Peter Rabbit. 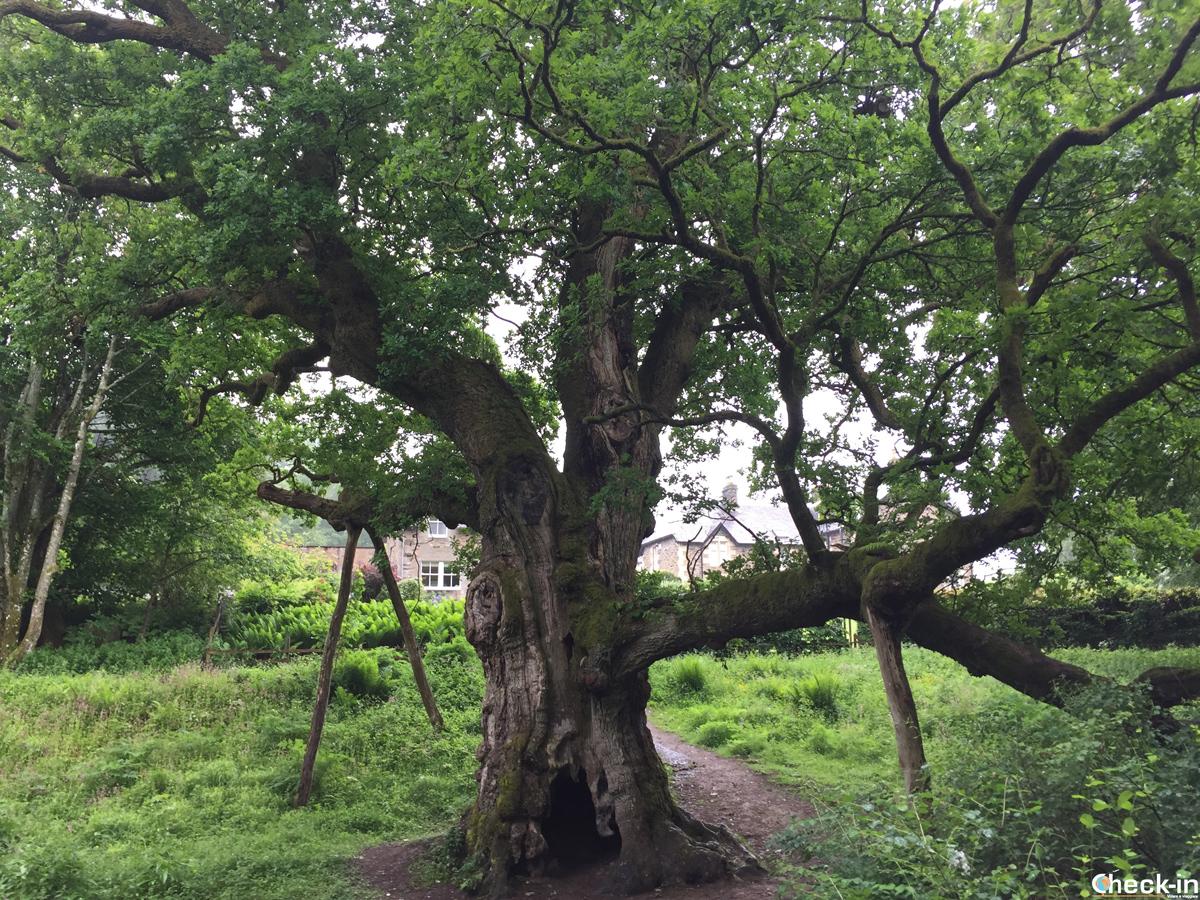 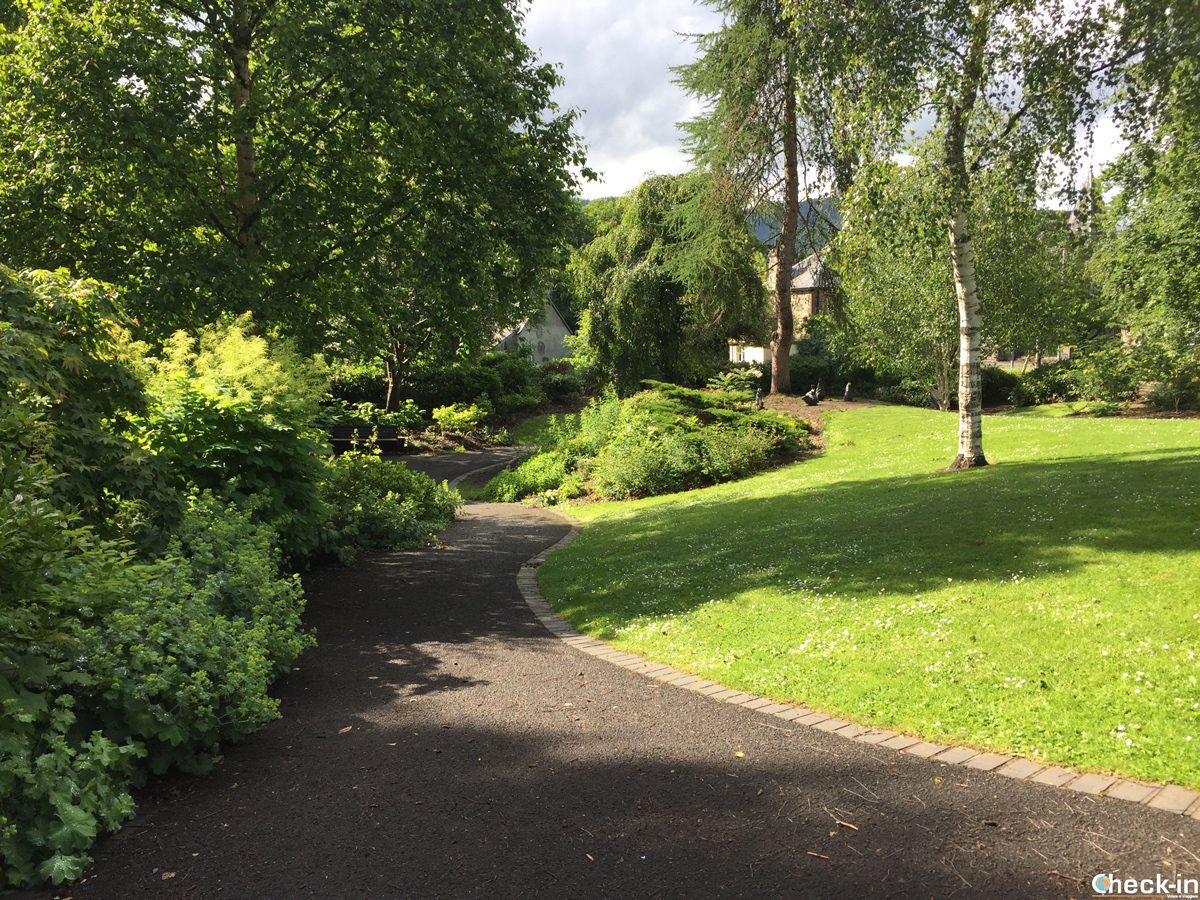 The Dunkeld Bridge – built by Thomas Telford in 1809 – links Birnam to Dunkeld.

This town is dominated by the Dunkeld Cathedral, today partly ruined within a section hosting the parish church together with a little museum. Originally the village used to be the first ecclesiastical capital of medieval Scotland as the first King of Scotland – Kenneth MacAlpin – moved the bones of St Columba here around the middle of 9th century. Overlooking the river Tay, the Cathedral was then built from the 12th to the 16th century. Luckily, this was the only one building that didn’t suffer any big damage during The Battle of Dunkeld in 1689, fought between the Jacobites and a local garrison of the Cameronians who finally won.

In the 1700s were built the famous Little Houses along the High Street that leads to The Cross, the old Market Square where today several shops are located. Here you can see the Memorial Fountain dedicated to George Murray 6th Duke of Atholl.

Unfortunately I didn’t have the time to visit The Hermitage, one of the most emblematic natural areas of central Scotland. Anyway, this will be a valid “excuse” to return to this wee town. 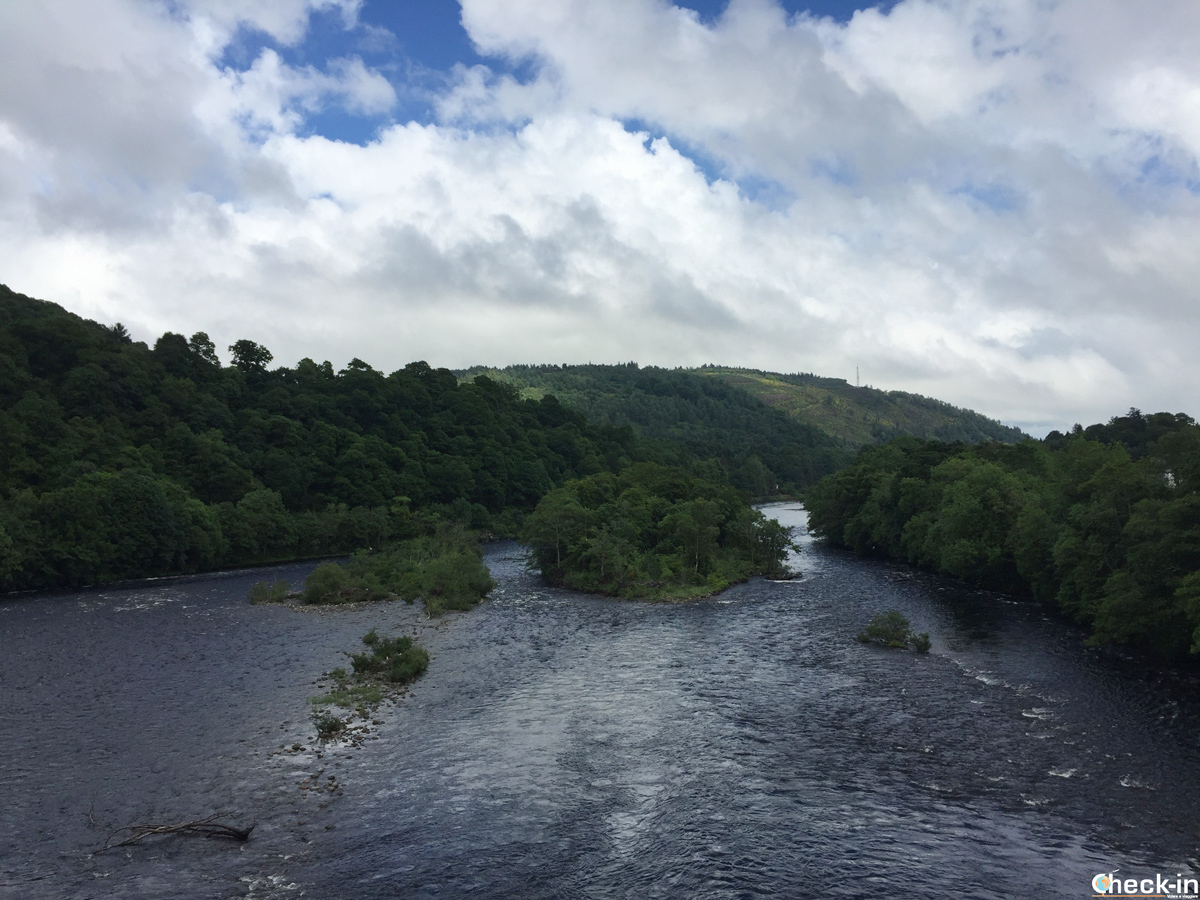 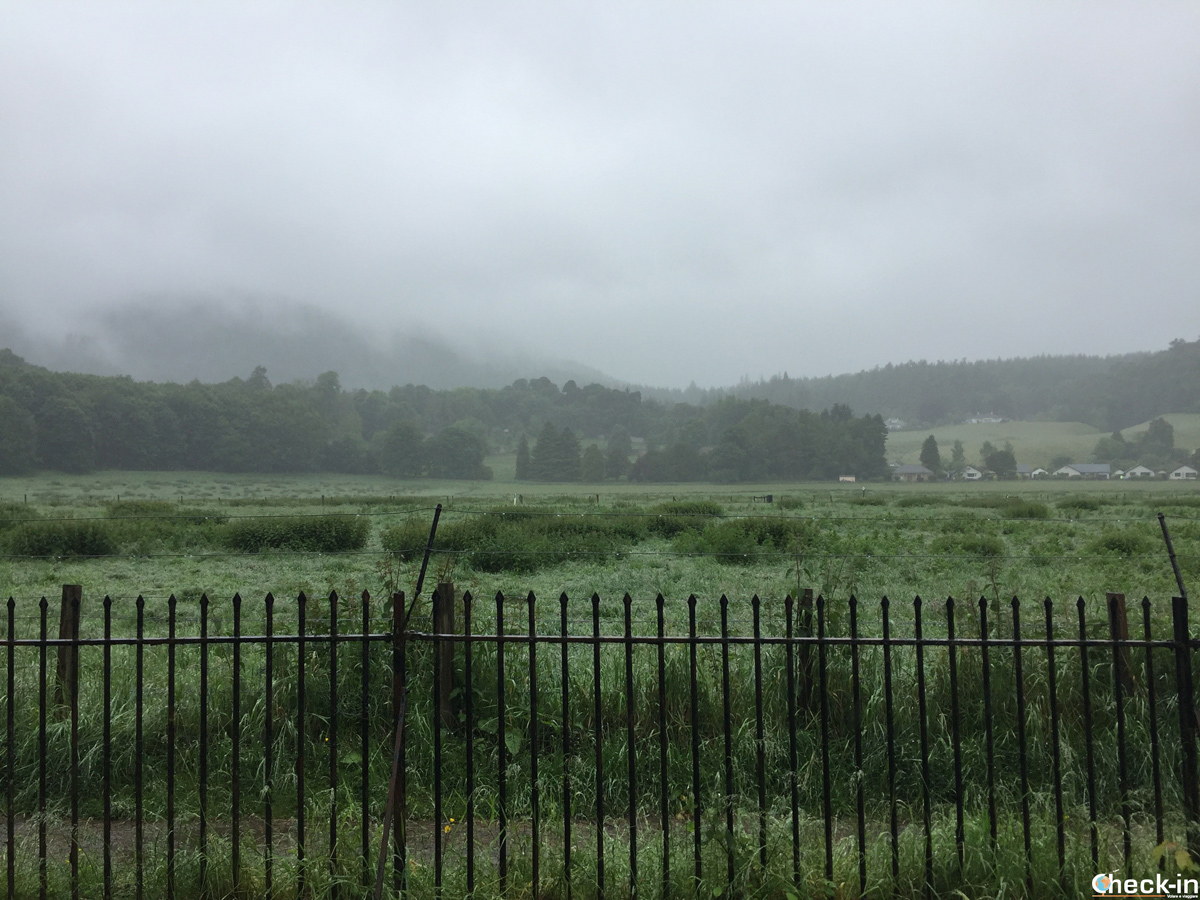 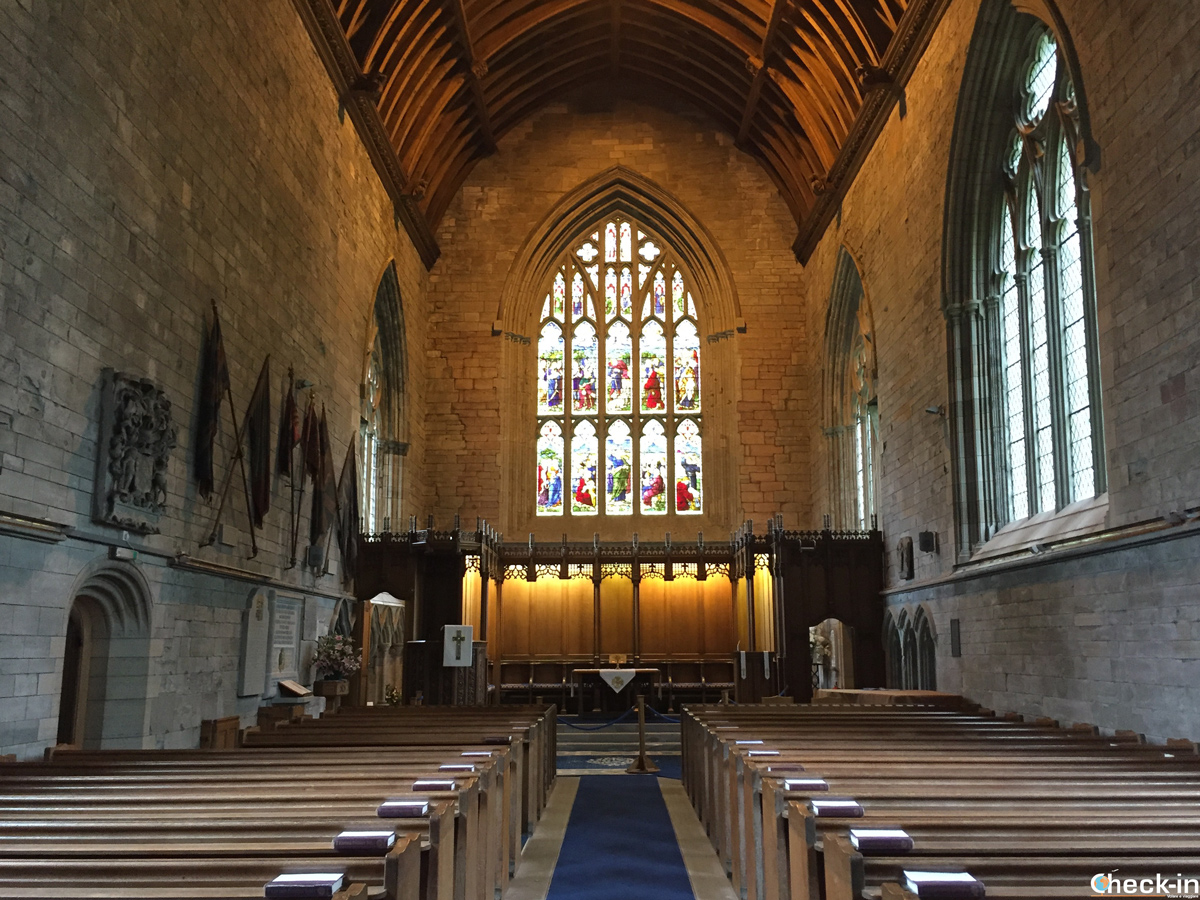 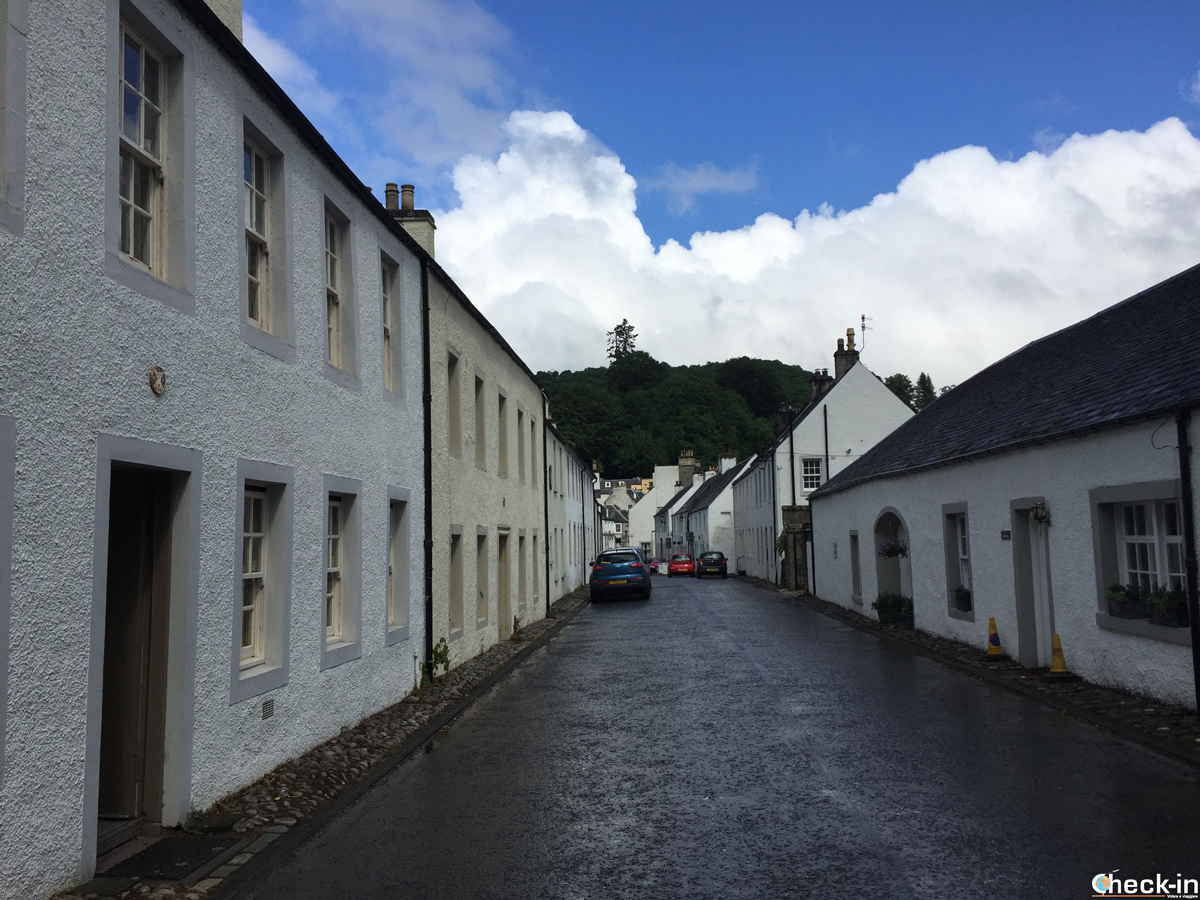 Birnam and Dunkeld are easily reachable by car via the A9 Road, the main tourist route through Perthshire. Glasgow and Edinburgh airports are roughly one hour from Birnam while Inverness is around two hours.

The towns share a railway station and there’re also a regular bus services from the major Scottish cities. In my case I took the Scottish Citylink and the journey from Perth St Leonard Street lasted around 30 minutes.