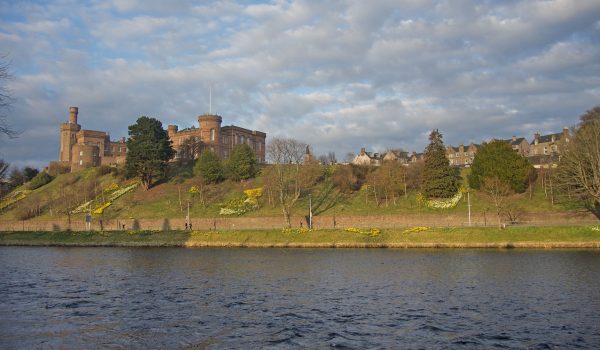 Inverness, what to do and see in two days in the capital of the Scottish Highlands

A trip to Scotland must include the Highlands, certainly the most famous region of the country and characterised by breathtaking sceneries and wonderful sites of interest. Often, people start their tour from Inverness, one of the oldest cities in Scotland and the administrative centre for the Highland council area. The town is also very popular because it’s near to Loch Ness, definitely one of top tourist attractions in Scotland. Boat trips (tickets available online) run throughout the year so that you can explore the lake looking for the monster Nessie.

A weekend escape in Inverness

Having said that, Inverness is the ideal destination for a weekend getaway because it offers plenty of things to do and see and then it’s impossible not to fall in love with its charming atmosphere.

For this reason I want to share with you the itinerary I followed during my recent trip:

I travelled by bus from Glasgow and I reach Inverness at around 1 pm. Before starting the visit I went to The Royal Highland Hotel to leave the luggage at the reception as the check-in was available from 3 pm on.

The first stop is just a few steps away from the hotel. The Victorian Market is a covered structure built around 1876 and then reopened in 1890-91 due to the fire that devastated the area few years before. The original entrance on Academy Street has three round arches while once inside there’re around 40 shops with a wide variety of choice. 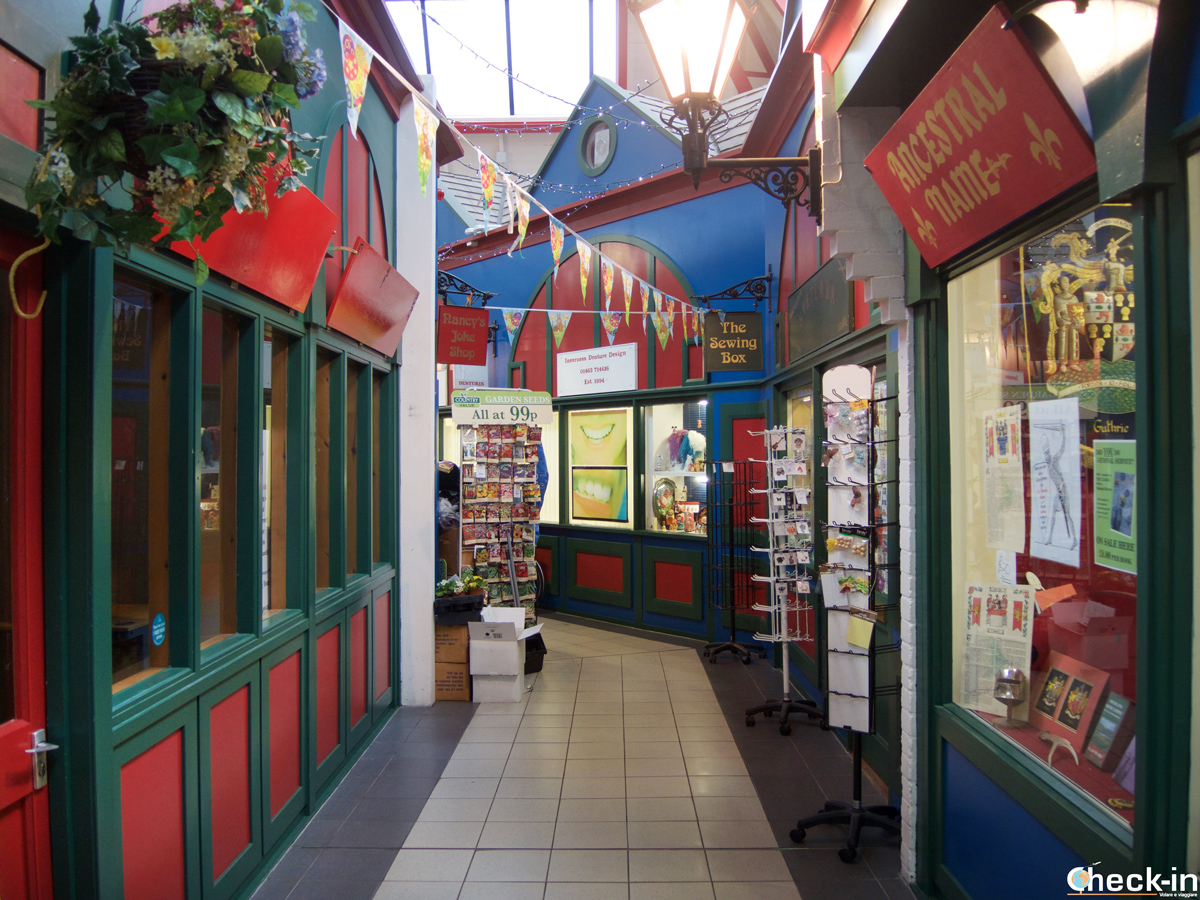 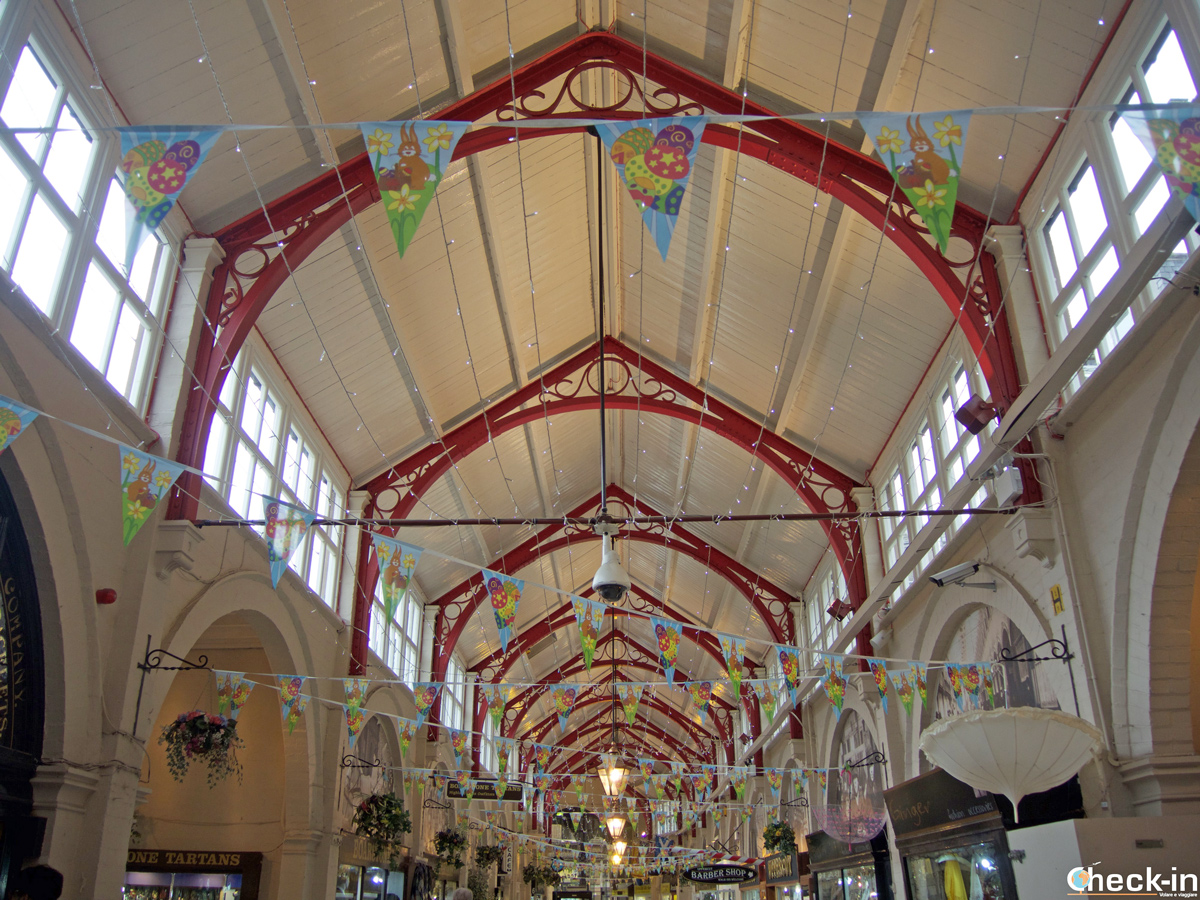 Back to Academy Street, I’m headed to the pedestrian High Street, full of small Scottish shops and directly linked to the recently expanded Eastgate Shopping Centre. Besides that, here it’s possible to admire some of the most beautiful buildings in Inverness.

A finest example of Georgian architecture is the Tolbooth Steeple, erected near the Old Court House in 1791. A local legend tells that one of the two balls on the spire contains a bottle of whisky produced in the Millburn Distillery. On the opposite side of the street there’s the Town House, an elegant Victorian palace built between 1876-1882 that today hosts the offices of the Highland Council. 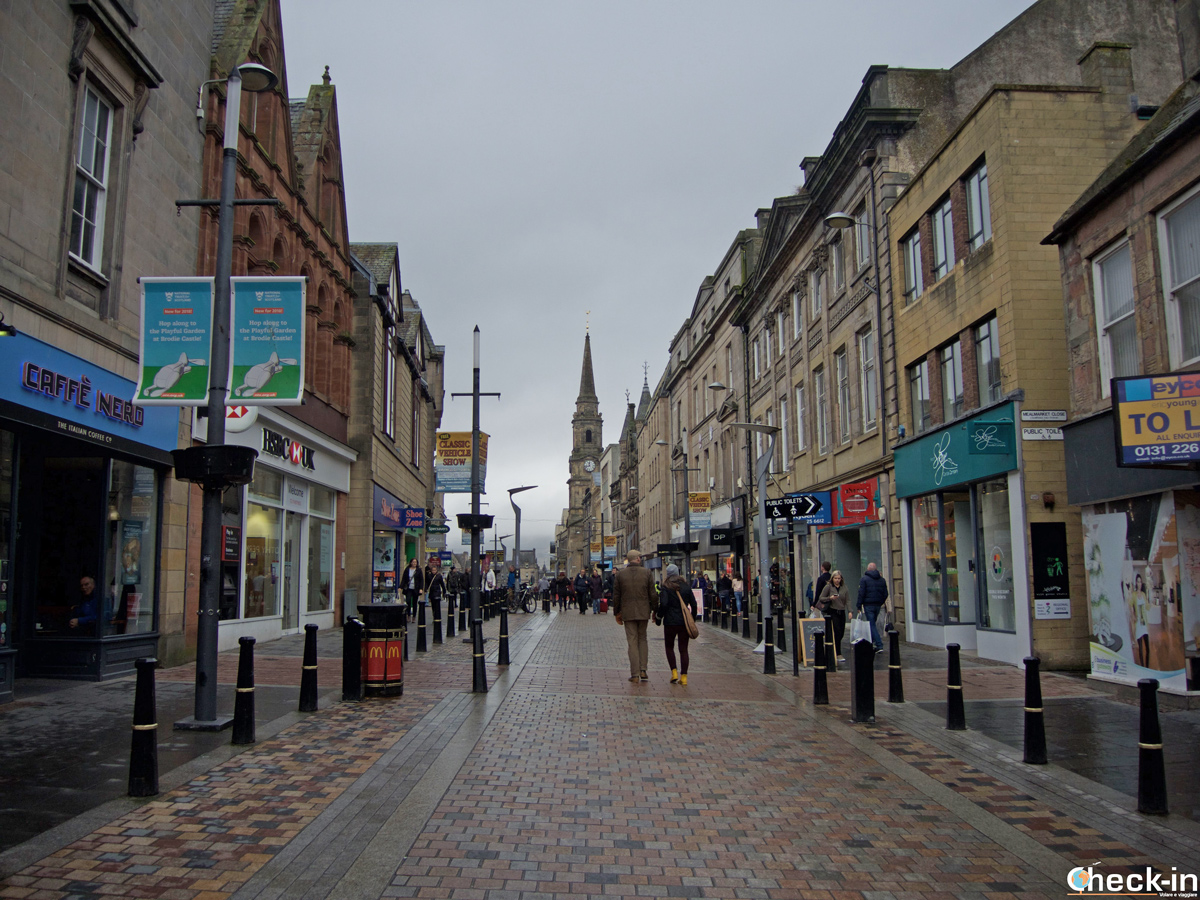 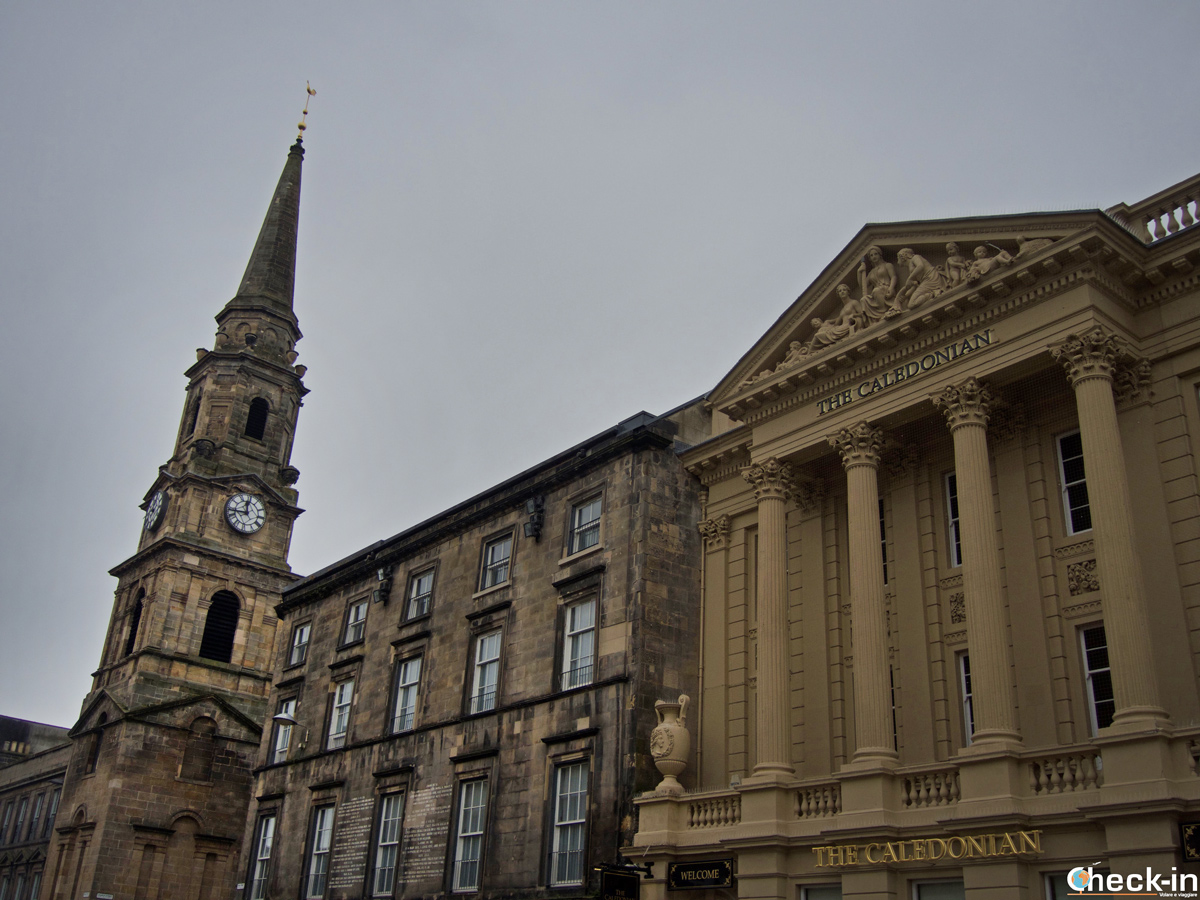 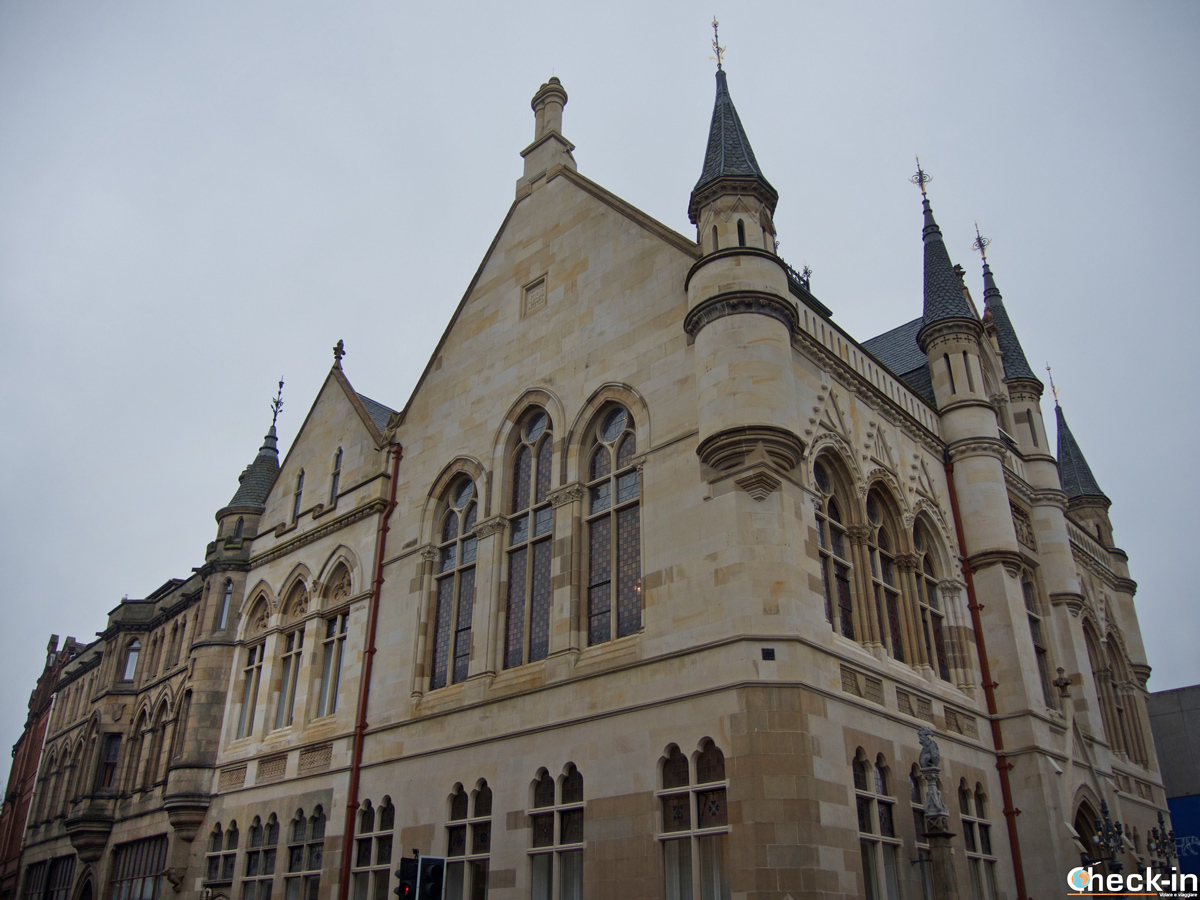 The Inverness Art Gallery and Museum (admission is free, donations are welcome) is located just behind the Town House and it’s the perfect place where to learn more about the culture and history of the city as well as the Scottish Highlands.

Here you can see many documents and collections that showcase the local heritage. As I expected, a big section is dedicated to the Jacobite Rising of the 1745-1746 with objects belonged to Bonnie Prince Charlie and weapons collected at Culloden Moor, where on the 16th of April 1746 the loyalist troops of the Duke of Cumberland won against the Jacobite army. The museum also features permanent and temporary exhibitions, with works from local artists and crafters. 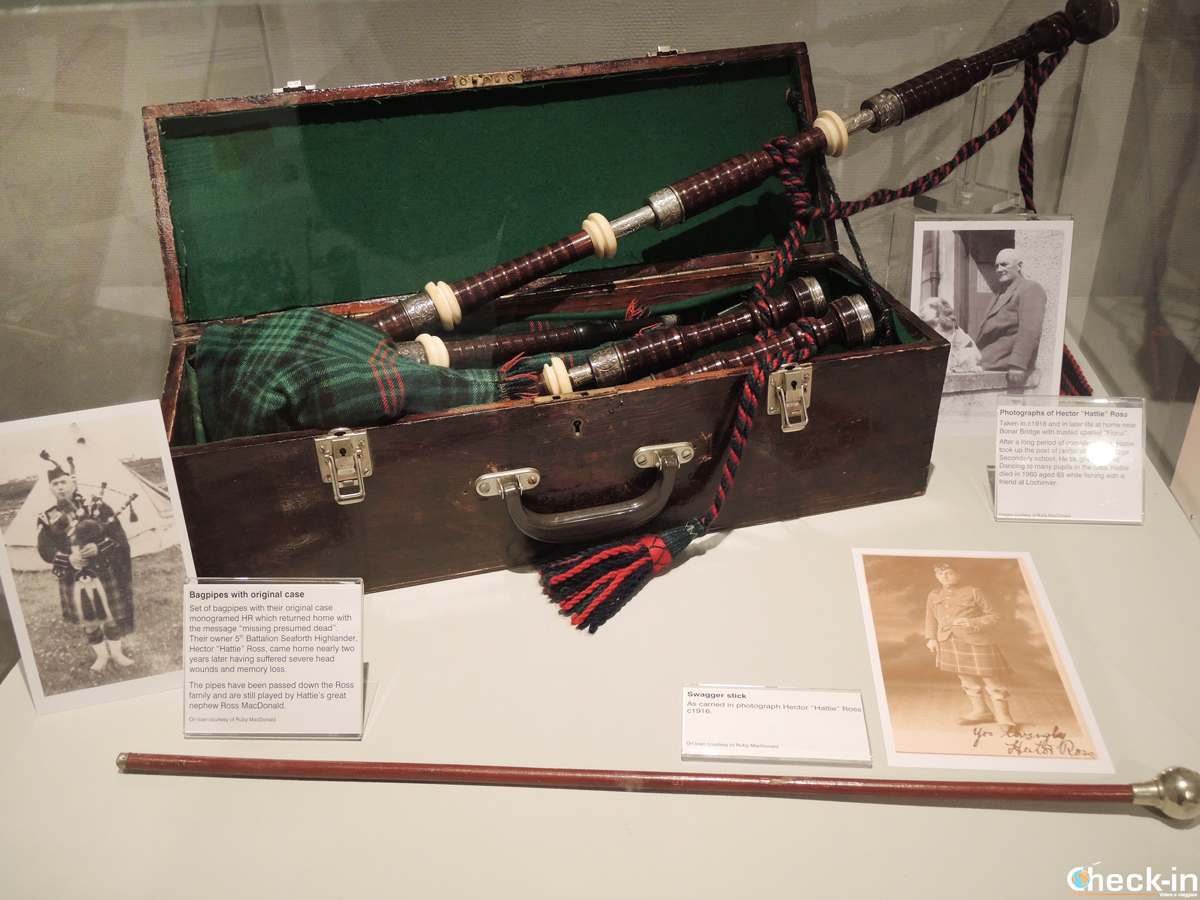 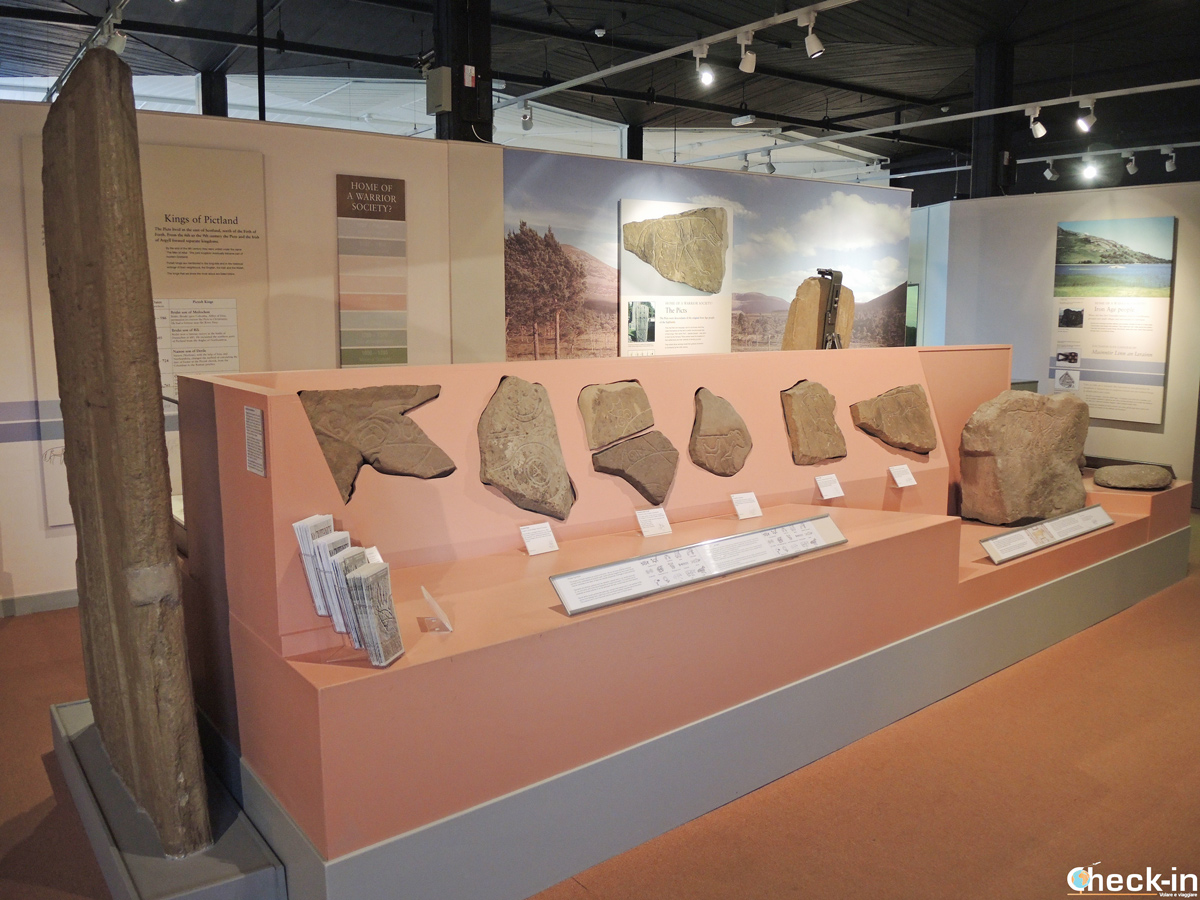 In front of the Art Gallery there’s the Inverness Castle, a distinctive landmark with a long history begun with the reign of Malcolm 3rd in 1057. Then, a tower house was erected in 1508 while in 1562 it was besieged by the army of Mary Queen of Scots. In 1745 the Jacobite forces destroyed the castle and it remained ruined until 1834, when it was rebuilt as the new Sheriff Court House.

Nowadays the building is close to the public, except for the Inverness Castle Viewpoint, the newest attraction that allows visitors to enjoy panoramic views of the city and the scenery around. Reach the viewing platform to spot all the most important landmarks while discovering many of the interesting locals’ legends.

Another famous symbol of Inverness is the statue dedicated to the Jacobite heroine Flora MacDonald erected in 1899. This is one of the best places where to have fantastic sights at sunset. Inverness Castle is also the starting point of The Great Glen Way, a 117 km long distance walk across the Highlands linking Inverness to Fort William.

The Ness Walk was my personal highlight as I loved wandering along river Ness leaving the noise of the city centre behind me. Three bridges – including the Greig Street Suspension Bridge built in 1881 – link the two sides of the city. During the walk you’ll appreciate the 19th century Scottish Burgh architecture and other interesting historical sites: 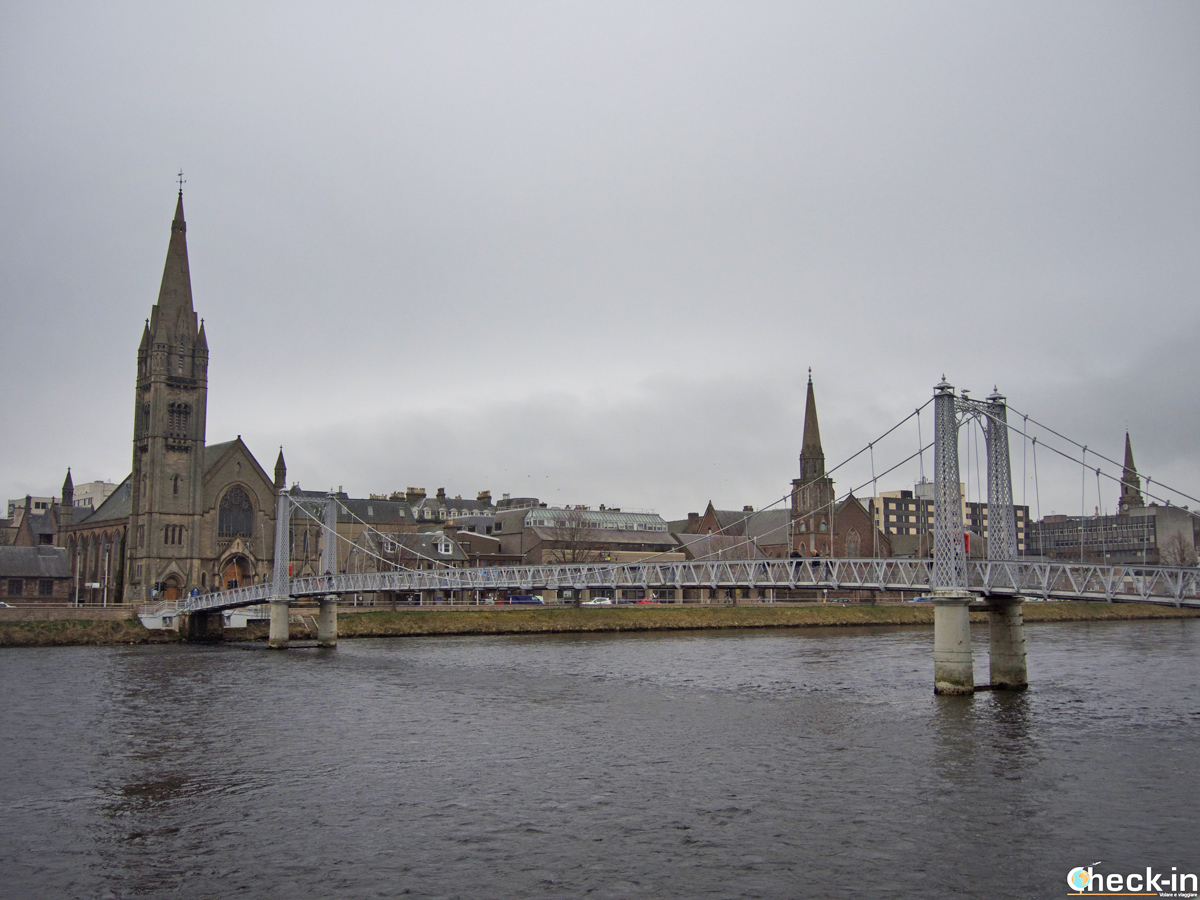 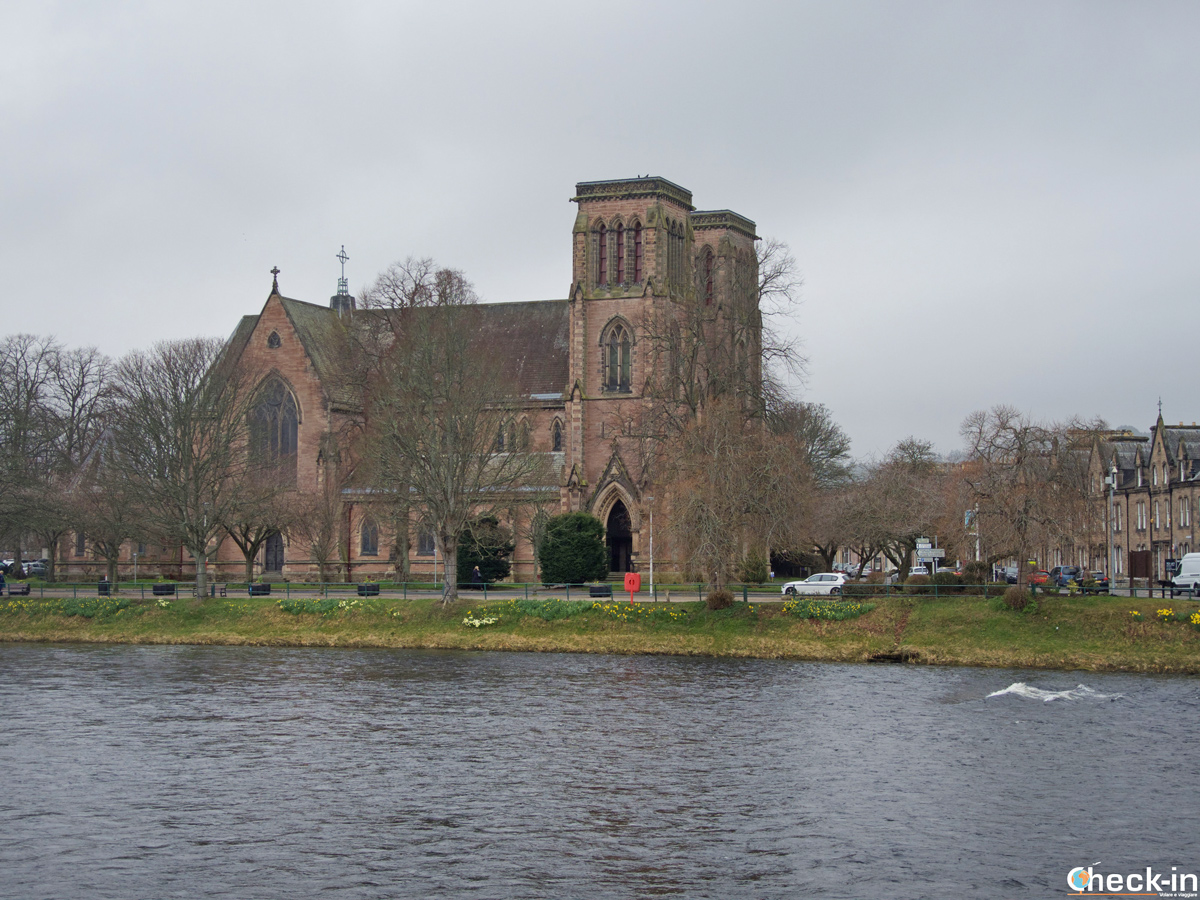 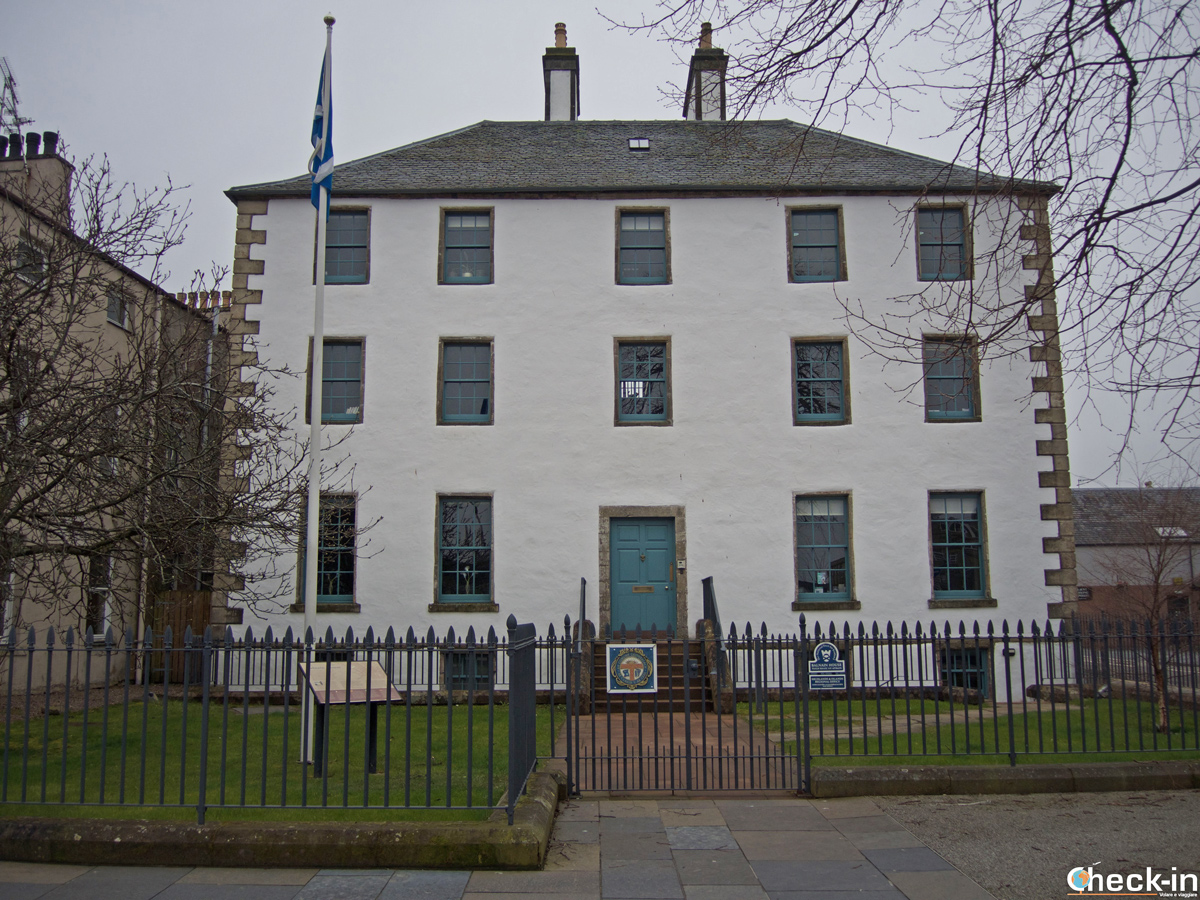 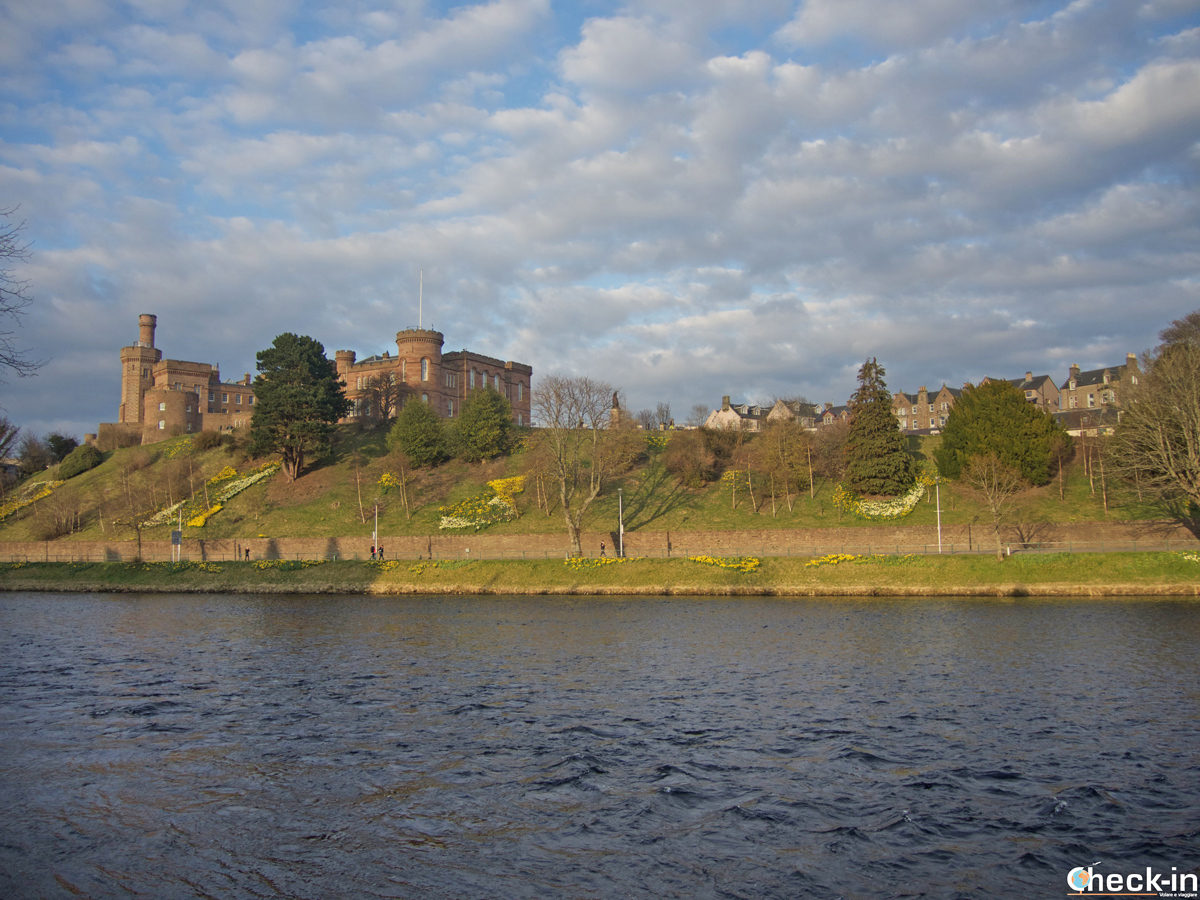 Then I pass the Old High Church to return to the city centre, precisely on Church Street, one of the main roads of Inverness. In this area you can observe two building, witnesses of its past.

The first one is the Dunbar’s Hospital, built in 1668 as a hospital for the poorest while today it welcomes apartments and a shop. Not far from it there’s Albertarff House, dated 1593 so for this reason considered the oldest house in Inverness. It was restored in 1966 by the National Trust for Scotland. 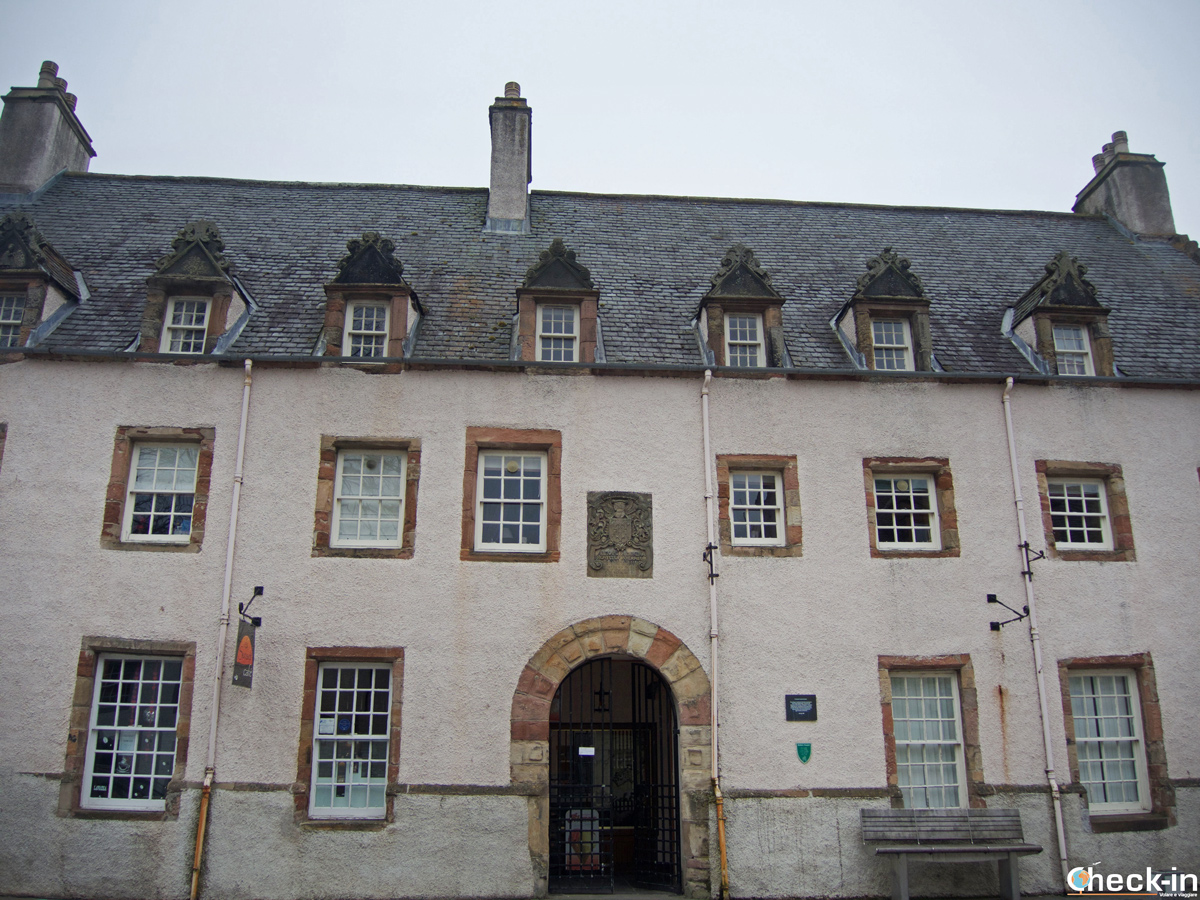