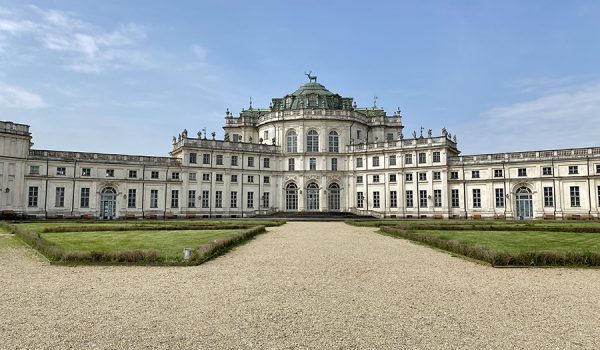 Palazzina di caccia of Stupinigi (Turin): what to see, information for visitors and how to arrive from the city centre

This hunting lodge is located few kilometres away from the capital city of Piedmont and it is considered one of the most extraordinary eighteenth century complexes across Europe.

It is one of the Residences of the Royal House of Savoy in northern Italy and for this reason it was included in UNESCO World Heritage Site list in 1997.

What to see in the Palazzina di caccia of Stupinigi

The building was designed by the architect Filippo Juvarra, works started on 1729 and finished at the end of the century.

Apart from hunting and leisure, during the 18th-19th centuries the Palazzina di caccia was also used by the Savoy family for parties and marriages. Later it became the residence of Napoleon (early 19th century) and then of Queen Margherita (20th century).

The palace is surrounded by a beautiful park designed by a French gardener in 1740. Today (May 2022) it is closed but hopefully it should reopen to public soon.

The estate is huge so the itinerary includes the rooms with a significant historial and artistic relevance.

Here you find my favourite ones. Then, at the end of the article there are some useful information to plan your visit of the Palazzina di caccia: opening hours, prices and how to get there from Turin.

The visit starts in this room, where at its centre stands the symbol of Stupinigi: the stag.

It was made by the turin sculptor Francesco Ladatte in 1766 and originally it was located on the top of the hunting lodge’s dome. For safety reason it was replaced by a copy in 1992. The room firstly served as a stable, then as a Portrait Gallery of the Savoy family.

This space was added in 1852 and it features some elements not belonging to the original decoration.

Indeed, the boiseries were created for the Royal Palace in Turin in 1738 and they were moved to Stupinigi one century later.

The stunning frescoes on the vault date back to 1765 whilst decorations of the walls have a clear Chinese style influence, which is also present in other pieces of furniture.

This area has a Rococò style influence with frescoes, stuccos and other decorations that were made during the second half of the 18th century.

Restoration work were carried out recently in order to preserve the beauty of the series of frescoes realised in 1751-1753.

The space was also used as a music room.

The paintings above the doors reveal that this area was firstly used as a dining room and then Queen Margherita converted it into a bedroom.

The furniture is a magnificent example of 18th century cabinet-making and it features some pieces moved here from other Royal Residences.

This elliptical room is definitely the highlight of the Palazzina di caccia of Stupinigi and it is located exactly at the centre of St. Andrew’s cross with the Royal Apartments and guest rooms collocated in its arm.

The hall was designed and decorated by Filippo Juvarra in the first half of the 18th century while the bronze and crystal chandelier was added in 1773 for the marriage between Maria Theresa of Savoy and Count Carlo Filippo d’Artois.

The masterpiece is undoubtedly the painting of the “Miracle of St. Hubert”. It represents the spiritual conversion of Hubert whilst he was hunting a stag in the forest. The episode was celebrated across the most important European courts as Hubert became the originator of ethical hunting behavior and it was then recognised as the saint patron of hunters.

There are many and many things to see so the visit can last 1 o 2 hours, also depending on your interests.

Tourists can download for free the official “Palazzina di caccia of Stupinigi’s app” which can be used as an audio guide. In this case the tour lasts around 65 minutes.

Last admission allowed is within 30 minutes before closing.

Entrance ticket prices are the following (updated on May 2022):

Having said that, admission is free for tourists with a Torino+Piemonte Card which can be valid for 2, 3 or 5 days. For more information and online purchase:

For other information and ideas about what to do and see in Turin you can read this article.

The Palazzina di caccia of Stupinigi is located in Nichelino, a town situated 10 Km southwest of Turin. You can get here by bus, taking the line 41 leaving from Turin Lingotto Railway Station. Journey lasts around 20 minutes.