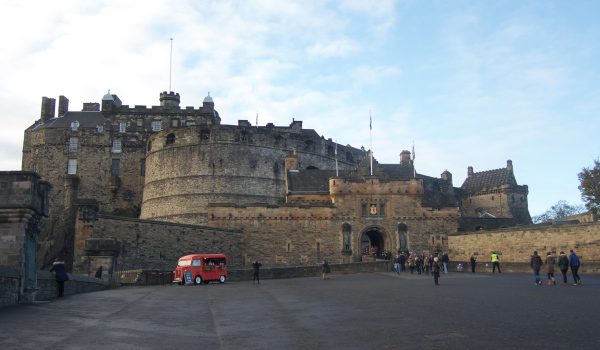 Edinburgh Castle, what to see in Scotland’s main attraction and how to skip the queue purchasing the tickets in advance

is Scotland‘s most visited paid tourist attraction, receiving thousands and thousands of visitors every year. The fortress is one of the oldest buildings in town and it’s the symbol of the history of the country and United Kingdom as well. As a matter of fact, Scotland and England have fought over the centuries to protect and conquer it.

Edinburgh Castle: what to visit

Standing on a rock, the castle dominates Edinburgh’s skyline and offers an amazing panoramic view of the Old Town – especially from Argyll Battery – and its surroundings. Considering all the things you have to do and see inside, I suggest you spend at least a couple of hours for visiting Edinburgh Castle (you find more practical information about it at the end of the article). 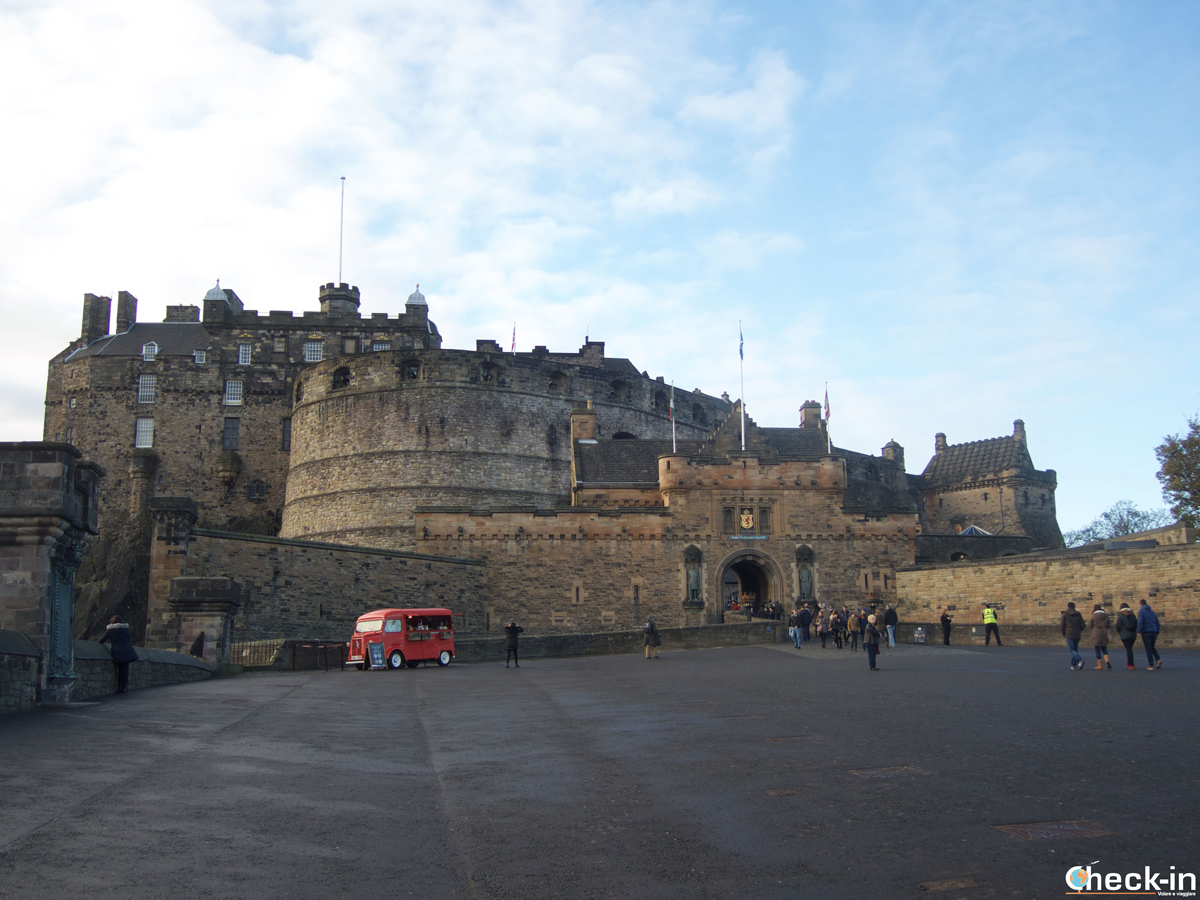 Located at the end of the Argyll Battery, the gun is fired every day at 1 pm – except Sundays, Christmas Day and Good Friday – and this tradition dates back to 1861. At that time, together with the Time Ball installed on Nelson Monument on Calton Hill, it was used as a time signal for the ships cruising around Leith and the Firth of Forth. Today it’s a spectacle to be seen (and heard)! 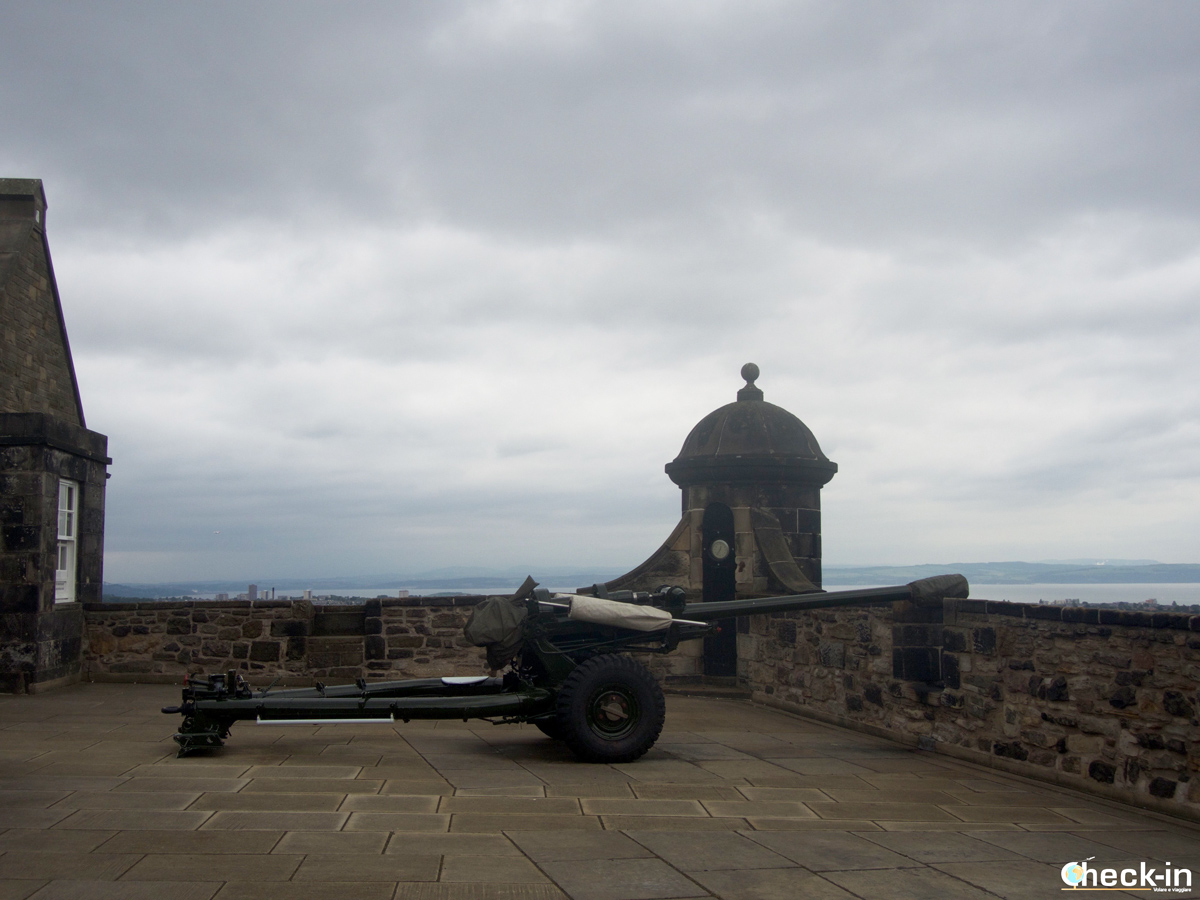 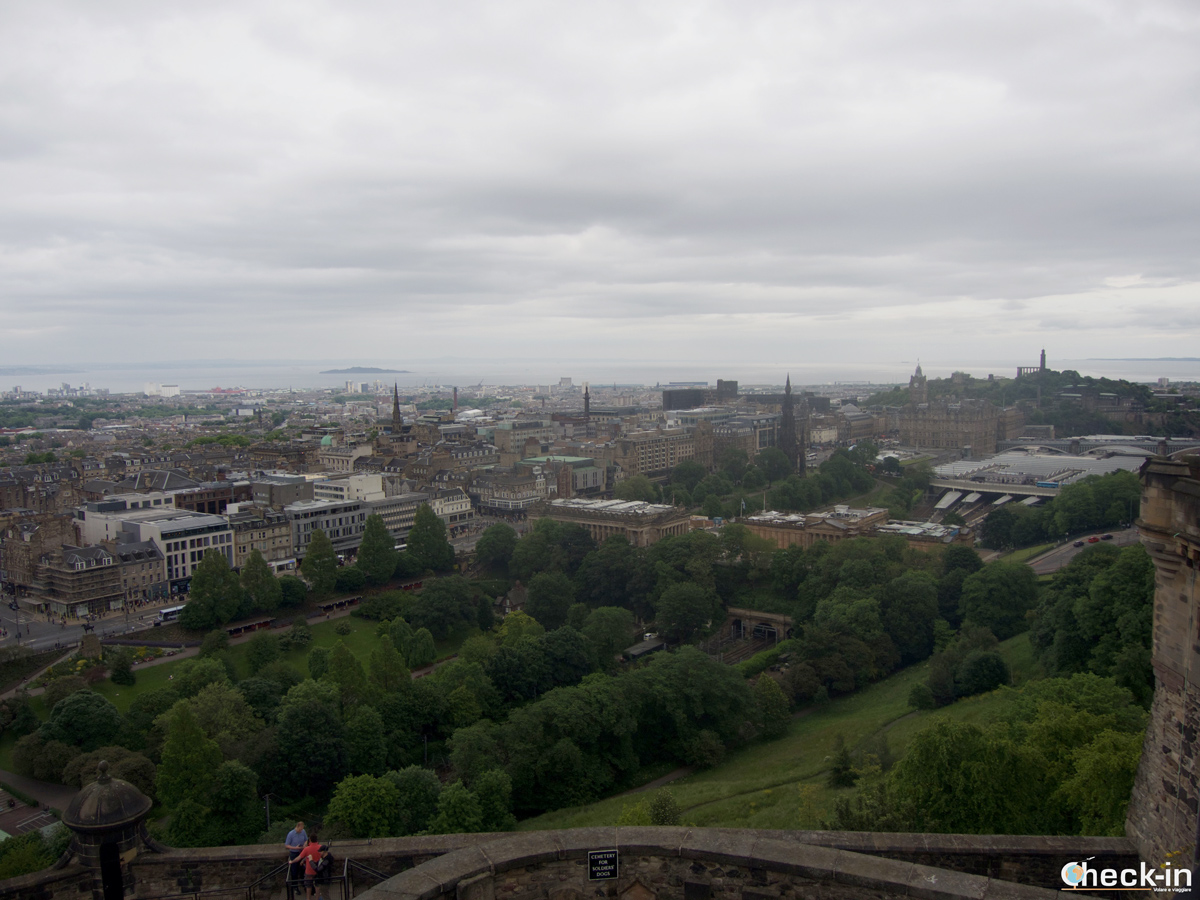 I really appreciated this museum because it shows the role of the Scottish forces over the centuries, with artecfacts from Culloden (1746) to the Cold War (around 1991).

While here, go to visit the prisons in use from 1737 to 1814. They’ve been restored and now allow the visitors to discover how prisoners’ life was. 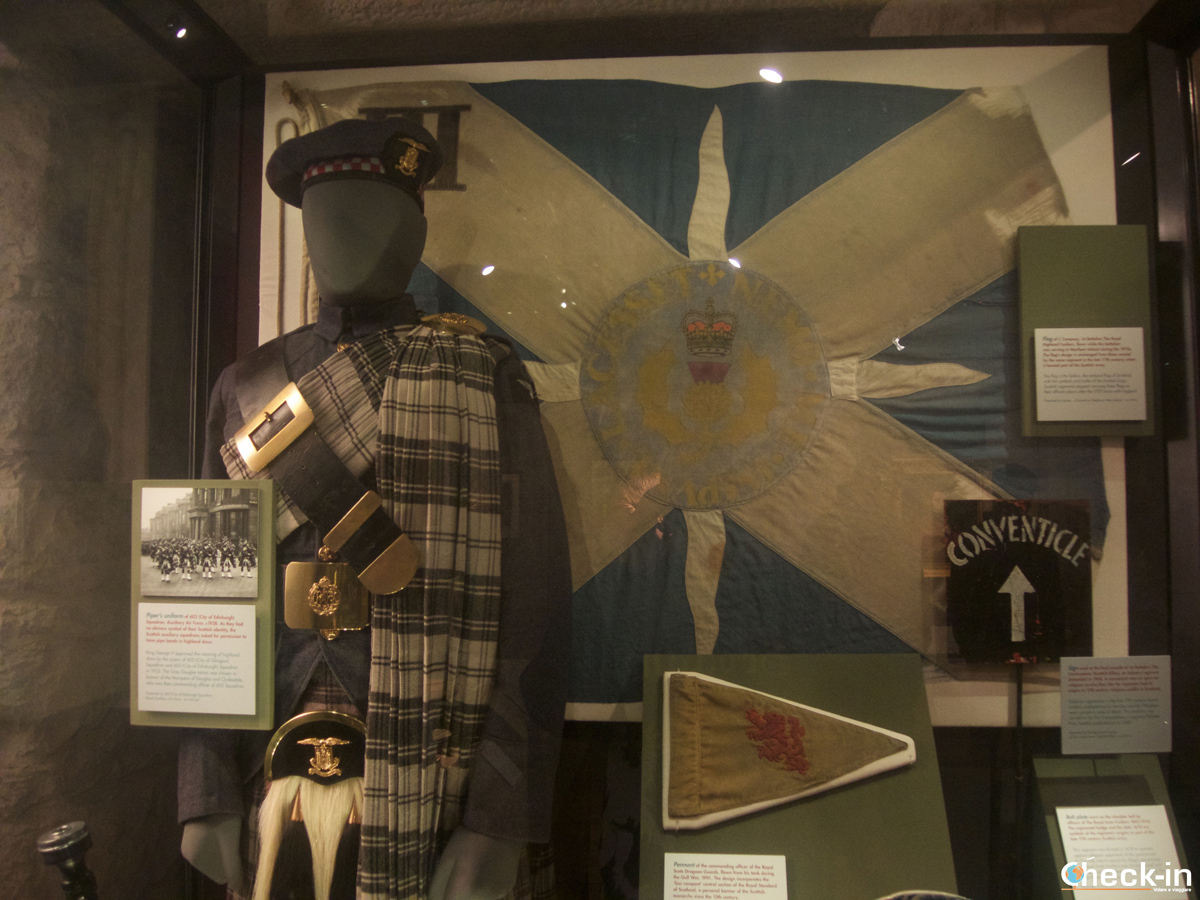 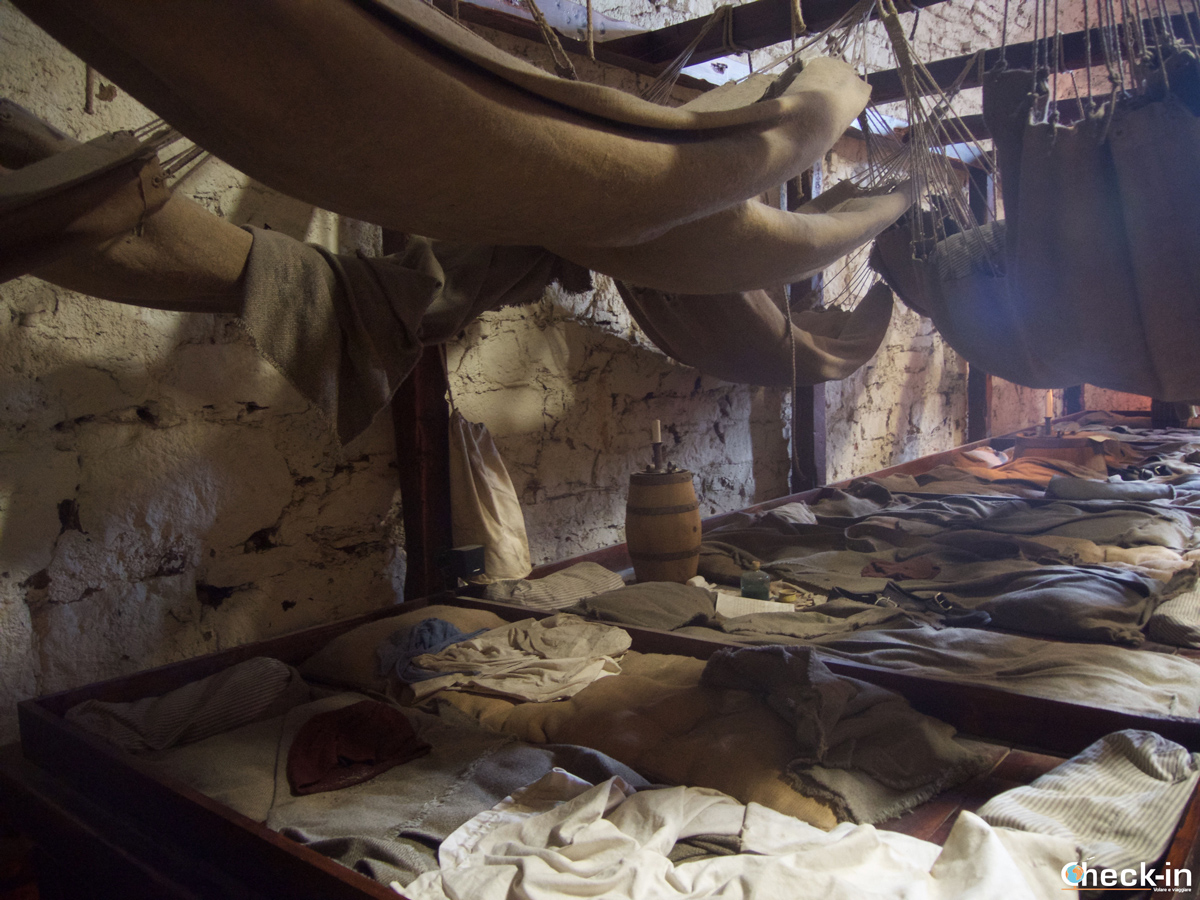 Passing through Foog’s Gate I arrive at the top of the hill and here is a perfect spot where to enjoy a breathtaking view of the Scottish Capital. The Crown Square is surrounded by some of the most important buildings of the military complex.

Hosted in a magnificent palace beautifully decorated with stain glasses and sculptures, the Memorial is dedicated to the Scottish soldiers passed away during the two World Wars and other military campaigns after 1945.

On the opposite side of the square there’s the Great Hall, a masterpiece of Medieval Scotland as it was accomplished in 1511 for James IV. Later, the hall became a barracks and then it was used by Oliver Cromwell’s army. Today it contains weapons and armours hung up on the walls. 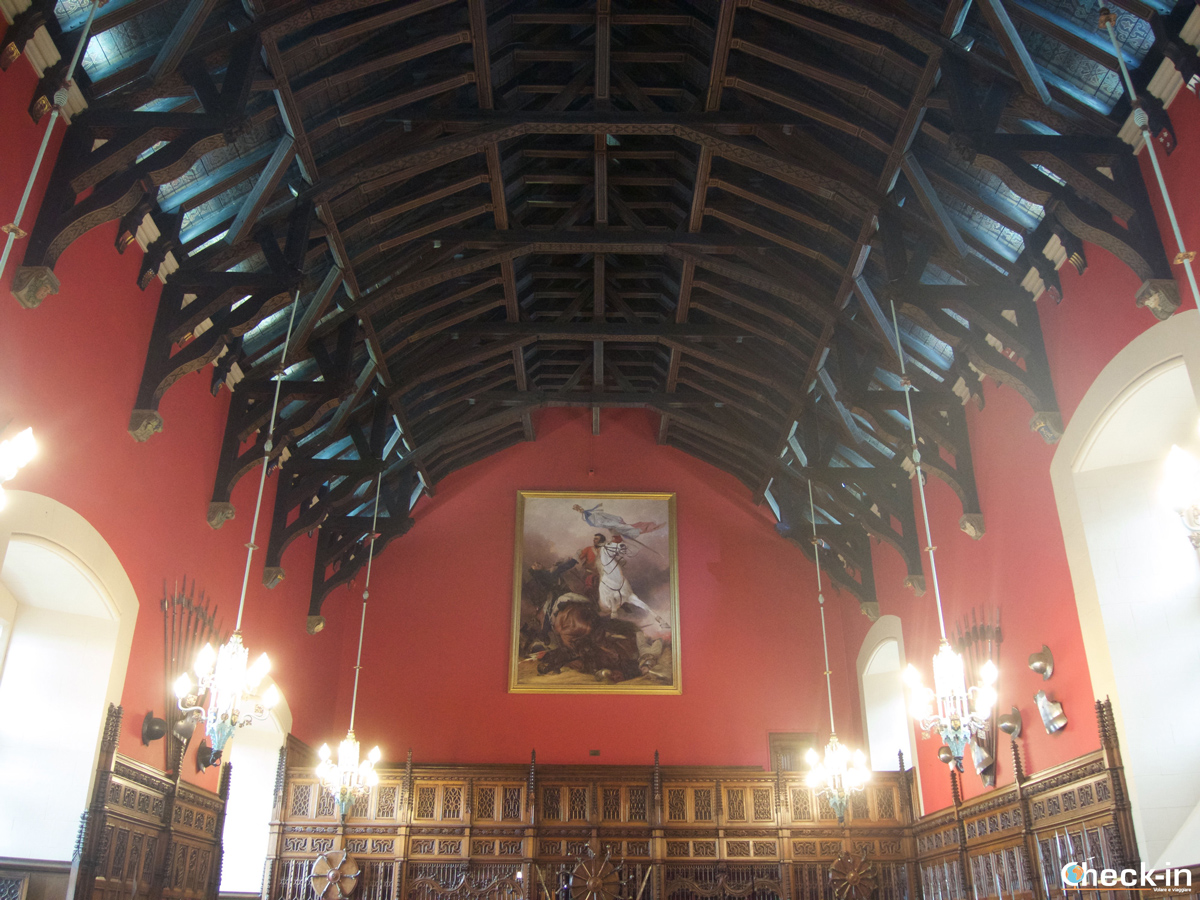 This palace is the symbol of the history of Scotland as Kings and Queens used to live here. For example, in these rooms Mary Queen of Scots gave birth to James VI in 1566. Becoming King already in 1567, he was the one who united the crowns of Scotland and England in 1603. The last sovereign to stay here was Charles I in 1633, just before becoming the new King.

Anyway, the most visited place is undoubtedly the Crown Room, where the crown jewels – even known as Honour of Scotland – together with the Stone Of Destiny, returned from England to Scotland in 1996, are displayed in. Here you can learn about their turbulent past, a long history in which personalities like Mary Queen of Scots, Cromwell and Sir Walter Scott have been involved in. 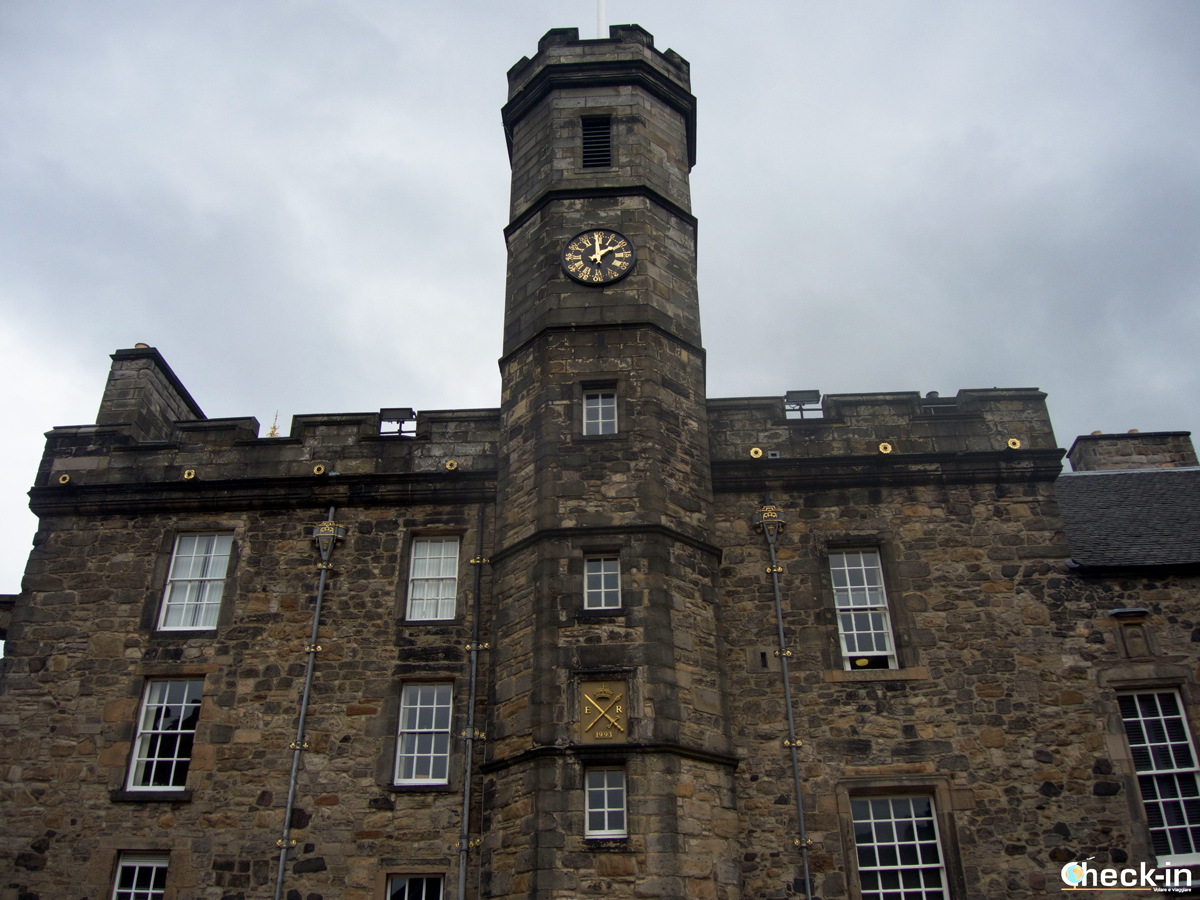 It’s the oldest building in Edinburgh Castle and it was built around 1130 by David I and dedicated to his mother Queen Margaret. The Chapel is still used nowadays for weddings and christenings.

Just outside of St Margaret’s Chapel you can admire Mons Meg, a masterpiece of the military technology and used until 1550. Now look down from the walls and you will spot the Dog Cemetery, where the Scottish militaries’ dogs are buried. 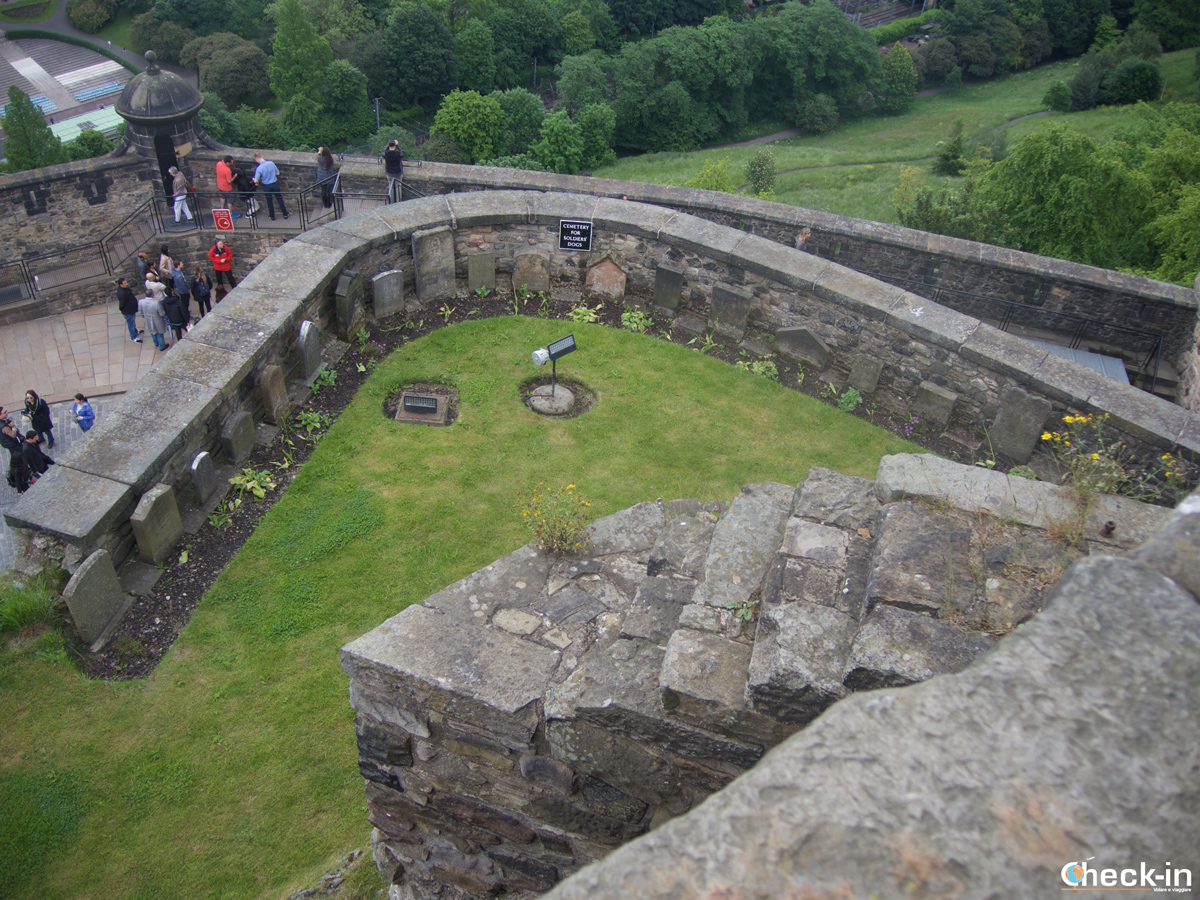 is the best option if you want to save time avoiding 2-3 hours in queue, especially in July and August. As a matter of fact, you’ll receive an e-voucher valid one year that permits to skip the queue. Once there, you simply have to show it at the dedicated desk… you’ll spend no more than 5 minutes (I did it!).

These are the prices:

In addiction to that, Edinburgh Castle entrance is included in other touristic passes that allow you to save money during your holidays in Scotland: