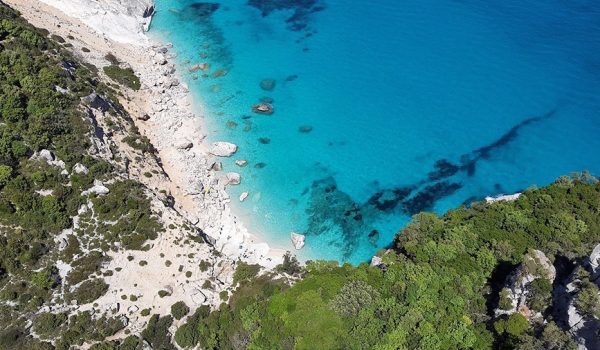 Plan a trip to Sardinia: weather, how to arrive and how to get around by car and public transport

Located west of the Italian Peninsula and immediately south of Corsica, Sardinia (Sardegna in Italian language) is one of the 20 regions of the nation and it is the second-largest island in the Mediterranean Sea, after Sicily. It is one of the top destination for a summer holiday; however, the island is easily accessible throughout the year with plenty of things to do and see.

Indeed, besides its unspoiled beaches (more than 100) you can explore old villages, visit archaeological sites, enjoy all its different ecosystems (mountains, woods, plains, rocky coasts and so on) as well as taste its traditional cuisine.

In this article I provide you some useful practical information for planning your trip to Sardinia such as the weather, how to get there and its local transport network. Then, on this page you find the best tours and activities to do across the island.

The weather in Sardinia

Due to its territory conformation the climate of the island is variable from area to area. Generally speaking rain is rare everywhere, especially in the summer.

In autumn days get shorter but temperatures exceed 20° C so sea water is still warm. In the evening the air is cooler. Winter is short and the lowest temperatures are reached in January-February, especially in the inland areas. Snow is concentrated in the mountains whilst temperatures along the coast rarely drops below freezing.

In spring days get longer, temperatures rise up to 20° C and rainfall decreases. This is the best period of the year for enjoying nature, having the first swims or doing some trekkings. Summer is long, hot (over 30°C) and dry. Sea breeze cools the air and temperatures drop a little.

How to get to Sardinia from Italy and abroad

The island is well-connected to Italy mainland and Europe by ship or airplane all year long.

The Port of Cagliari is situated in the heart of the city centre of the Capital of Sardinia so it is the perfect place from where to start exploring its sites of interest and surroundings. The port is also the main access to the south of the island. Ferry companies operate to/from Civitavecchia (Rome), Naples and Palermo.

The Port of Arbatax is located in this picturesque fishermen’s village in Ogliastra from where visitors coming from Civitavecchia and Genoa can access to East Sardinia.

The Port of Porto Torres is the ideal base for discovering northwest of Sardinia with ferry links to Civitavecchia, Genoa and France (Ajaccio and Toulon).

The Cagliari-Ellmas Airport is 7 Km far from the city centre and it is connected to it by train or road. More information about airlines operating from here are available on its official website.

The Olbia Airport is located south of the city and it is an intense hub of international tourist movement to famous nearby areas such as Costa Smeralda, easily reachable from here even by bus.

The Alghero-Fertilia Airport is 10 Km away from the city centre and 33 Km far from Sassari. Local buses link the terminal to Alghero as well as to other destinations like Stintino and S. Teresa di Gallura. For all details plaese check this page.

How to explore Sardinia by car or by public transport

Having a car is definitely the best way to discover Sardinia with full freedom. You can rent it at all airports and major cities. During high season it is highly recommended to book it in advance. Sardinia is the only Italian region without motorways, anyway the road network is well developed as no-toll dual carriageway roads connect principal towns, airports and seaports to the main tourist places across the island.

The railway line was developed from the 19th century and today it crosses south to north linking Cagliari to Ellmas Airport, Sassari, Porto Torres, Golfo Aranci, Iglesias and Carbonia. Take a look at this website for timetables and prices.

In addition to that, the Trenino Verde (literally Little Green Train) is a railway tourism service covering over 400 Km with vintage railcars and and steam locomotives. It runs across the wildest parts of the island offering visitors the chance to see historic villages and scenis views far from the main roads.

Urban and suburban buses connect main towns, seaports and airports to villages, both on the coast and inland. Services are operated by the the public regional bus transport agency (ARST) together with other private companies.

Please note that some routes are available only in summer so for this reason I suggest you to check Sardegna Mobilità website where you can plan your trips and see timetables, prices and travel times.